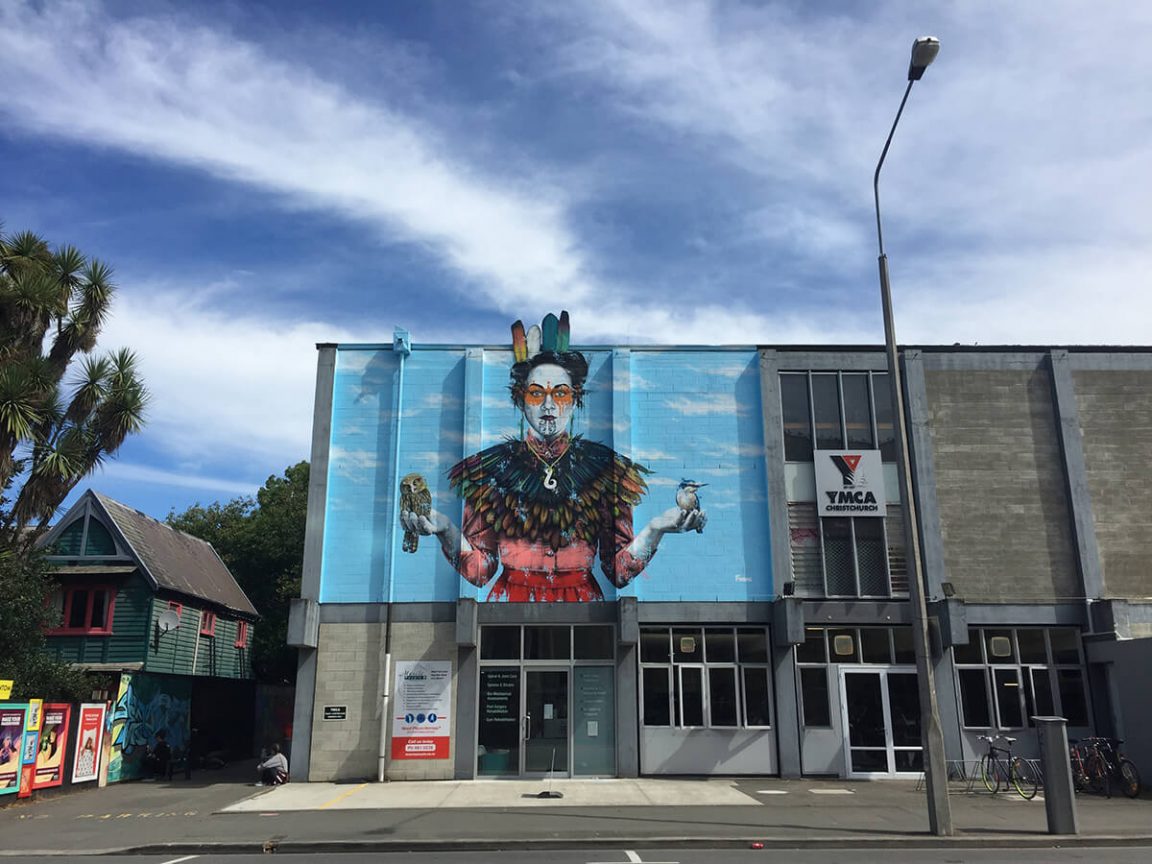 Our Irish friend Fin DAC has spent the past couple of weeks of 2017 and the first of 2018 down under in New Zealand painting in festivals at both Mount Maunganui and Christchurch both coordinated by Street Prints.

Like his previous trip to The Mount 2 decades past, the globetrotting artist focussed his job on the local Egyptian culture, painting two murals with topics of ‘household’ and ‘protection.’
His Mount mural: Hapu (a Maori word that may mean ‘household’ and ‘pregnant’) includes 2 ‘firsts’ for the artist. A pregnant mother, resplendent in traditional Maori clothes, with a young daughter in tow. Additionally, it references his past mural at the Mount two years back with a manifestation from the eyes. The mural is just another addition to his ‘Hidden Beauty’ series, but he informs us it can be found somewhere on Maunganui Road. The mural features another of Fin DAC’s efforts to make murals stick out from the surface or wall with strategically positioned cut-out feathers rising over the rooftop of the building. Plus it also again features a particular eye reflection but this time to his ‘Hapu‘ mural detailed above.
The mural is located on the front of the YMCA building on Hereford Road.
The artist is now heading to Australia where he claims more street work. 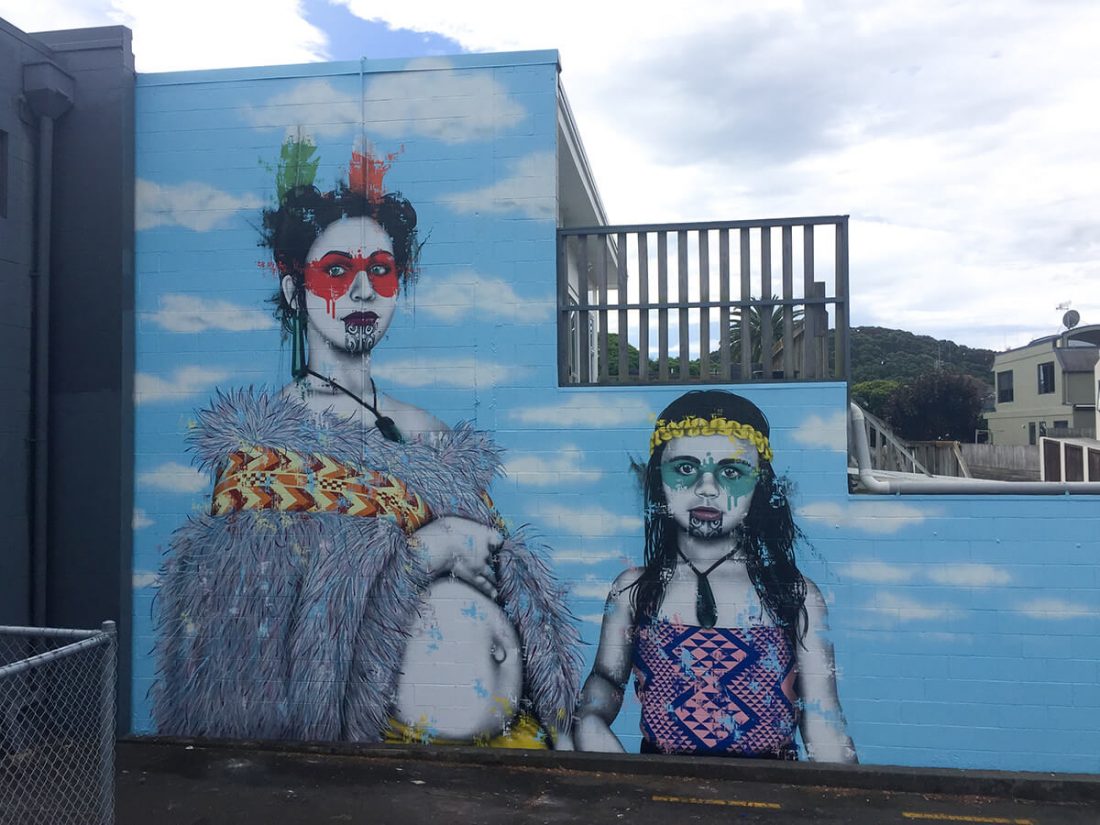 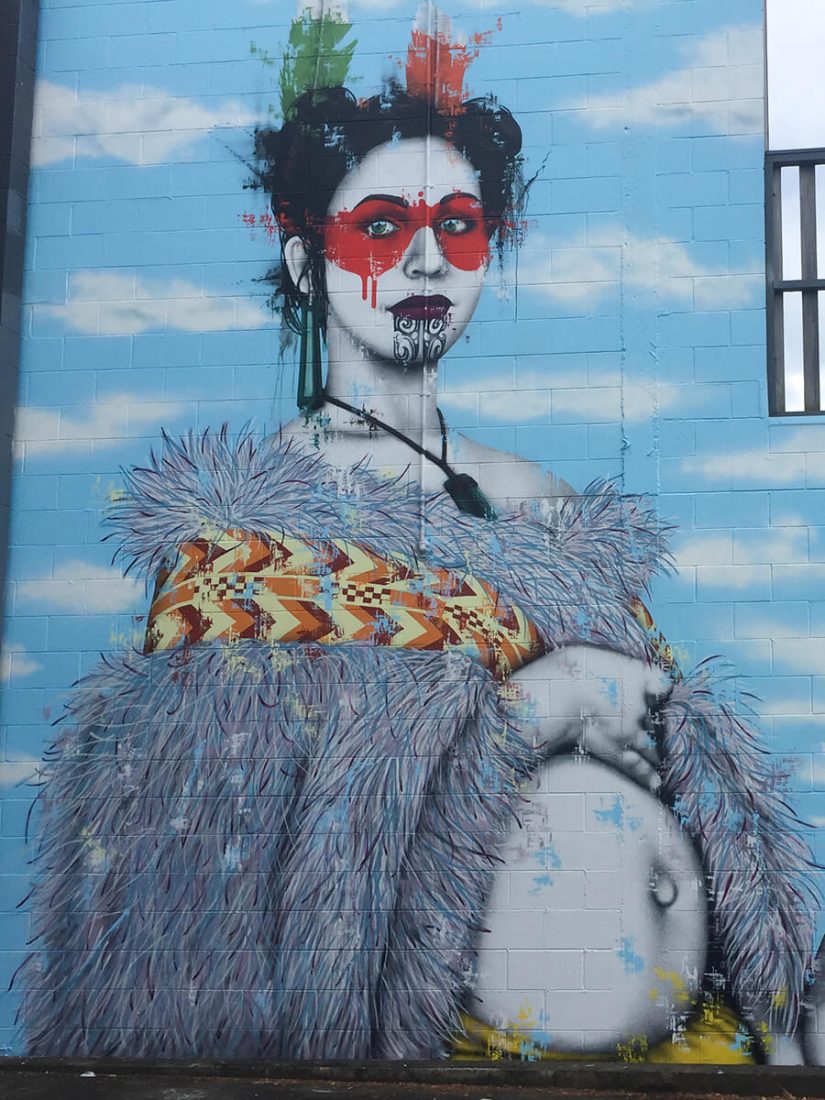 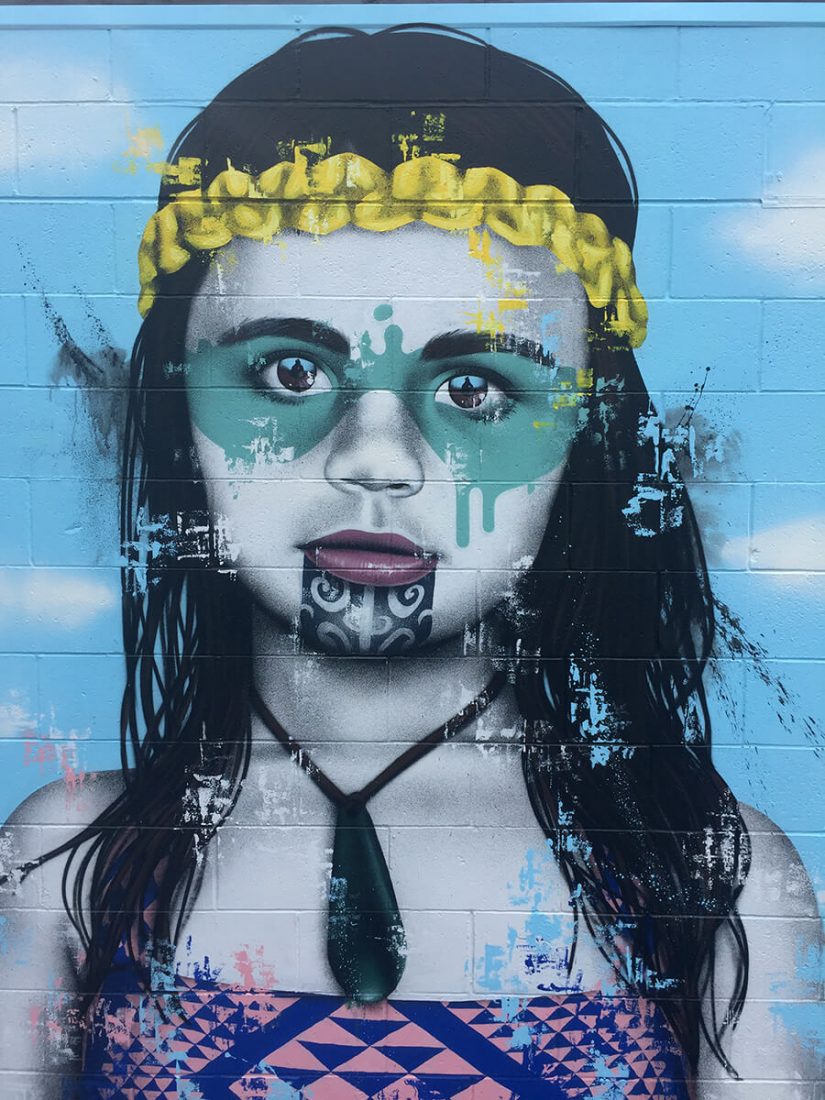 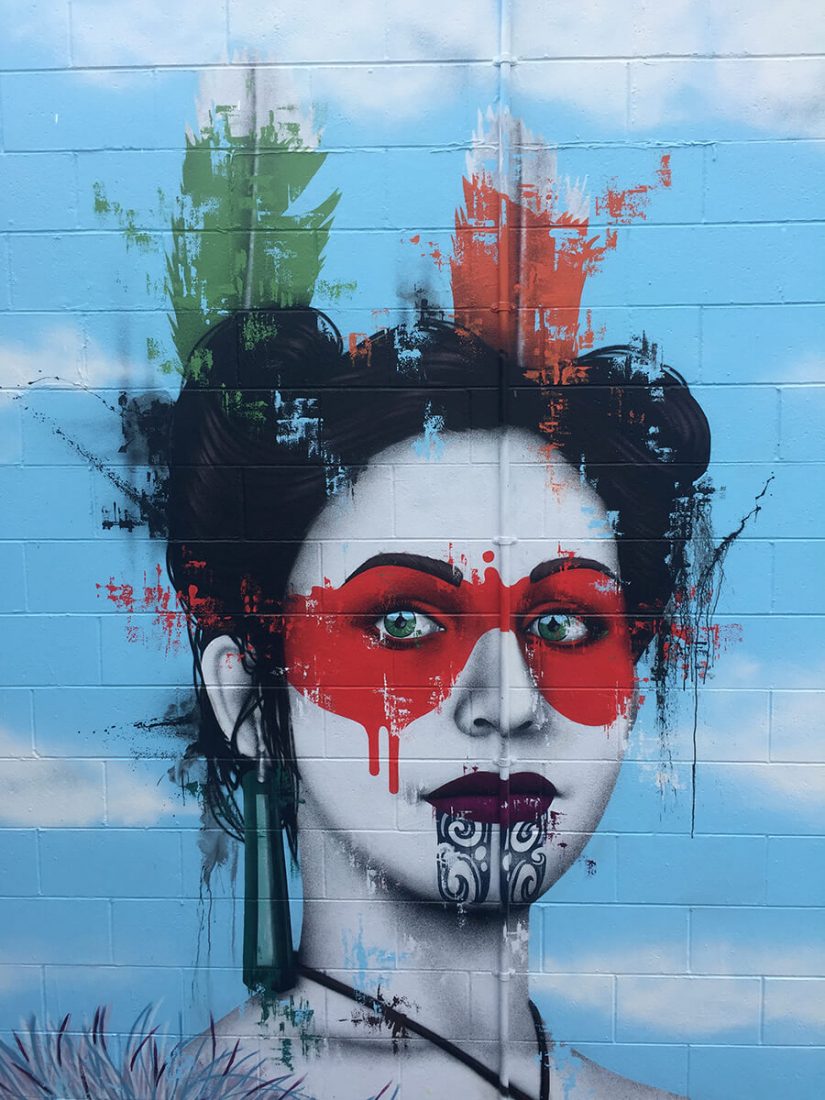 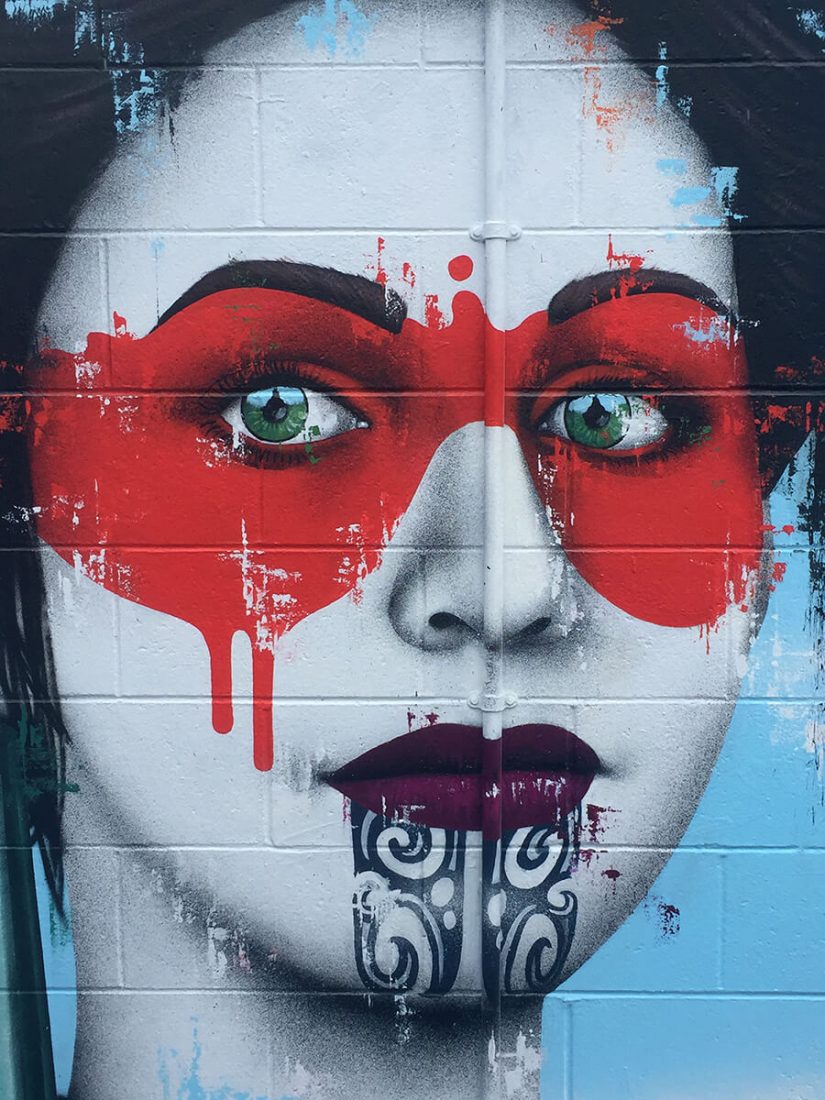 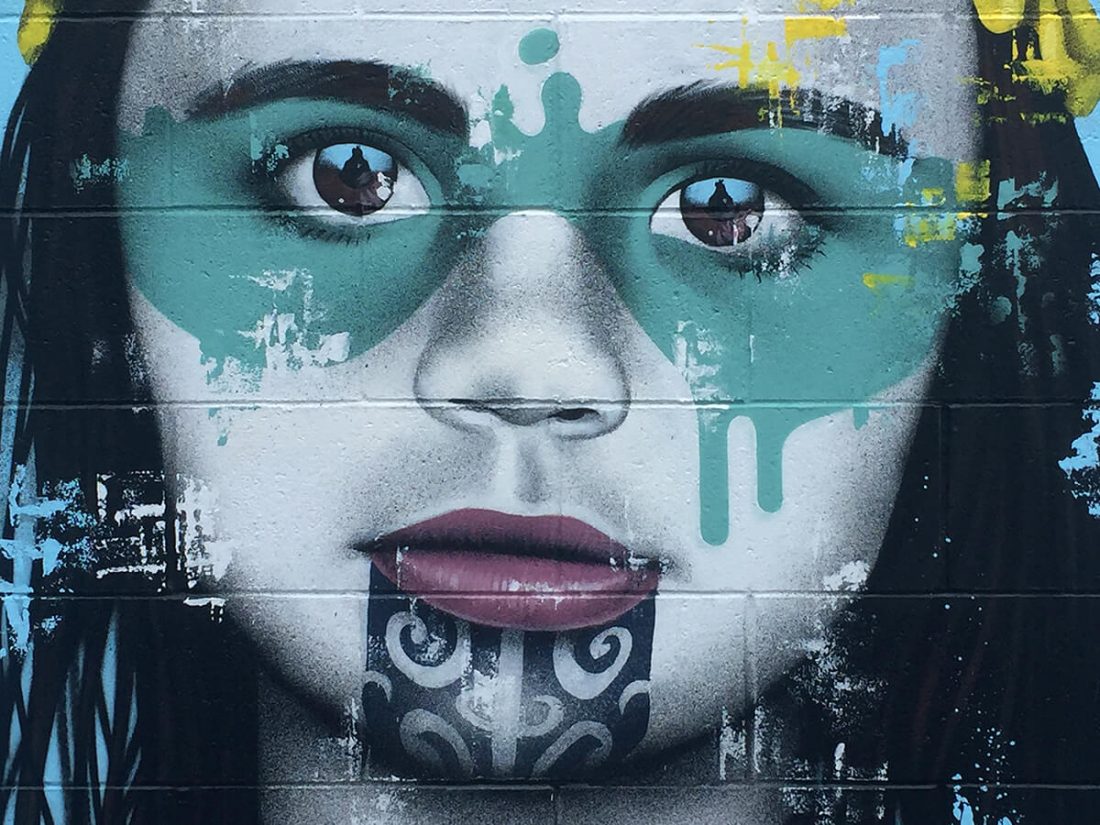 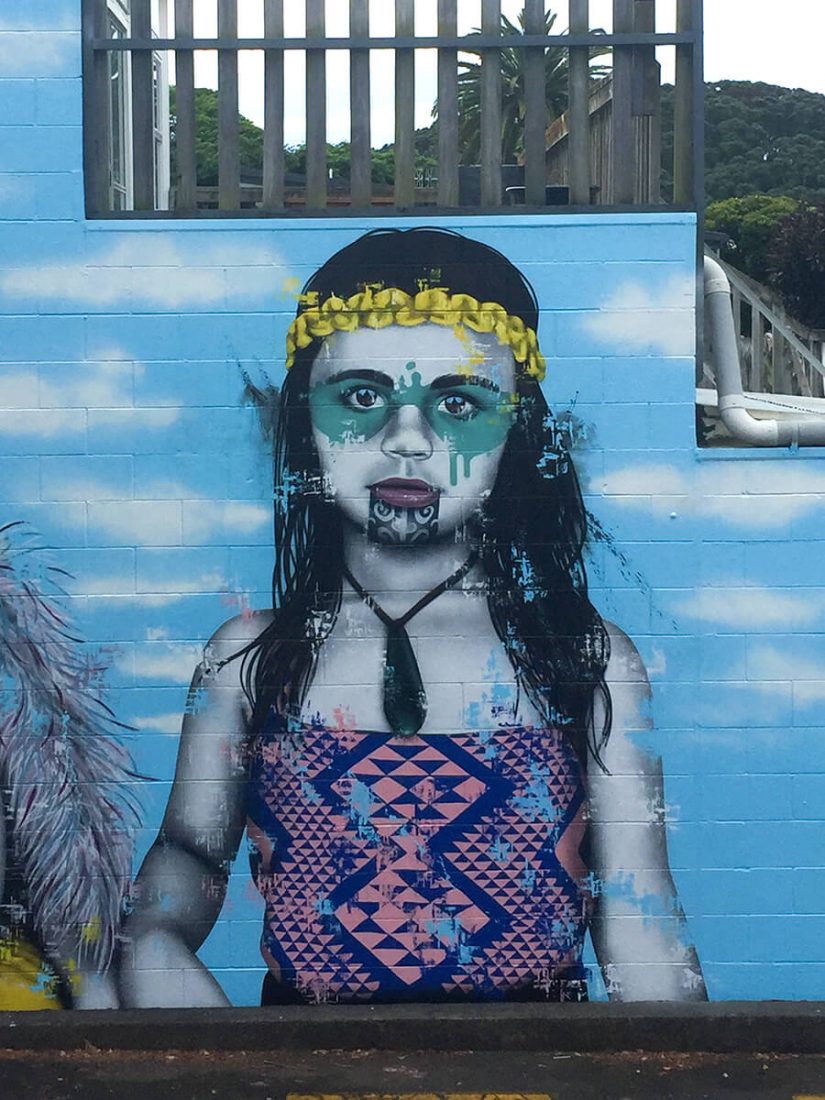 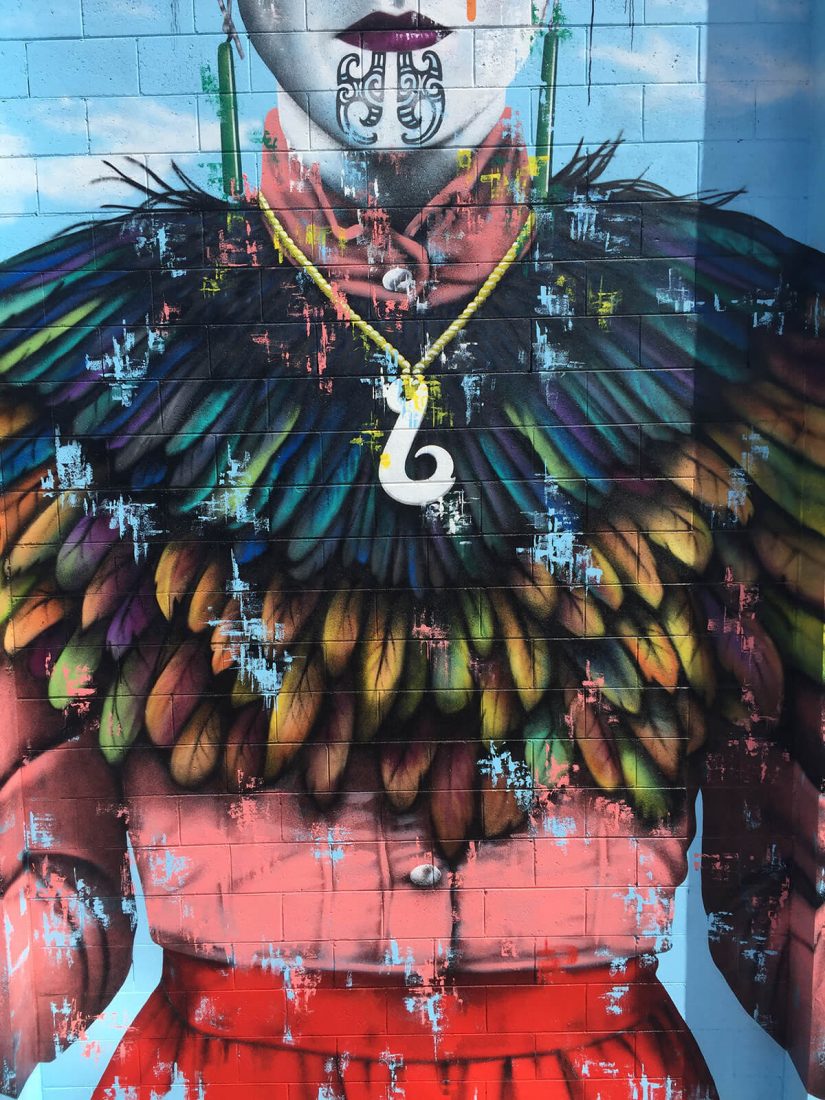 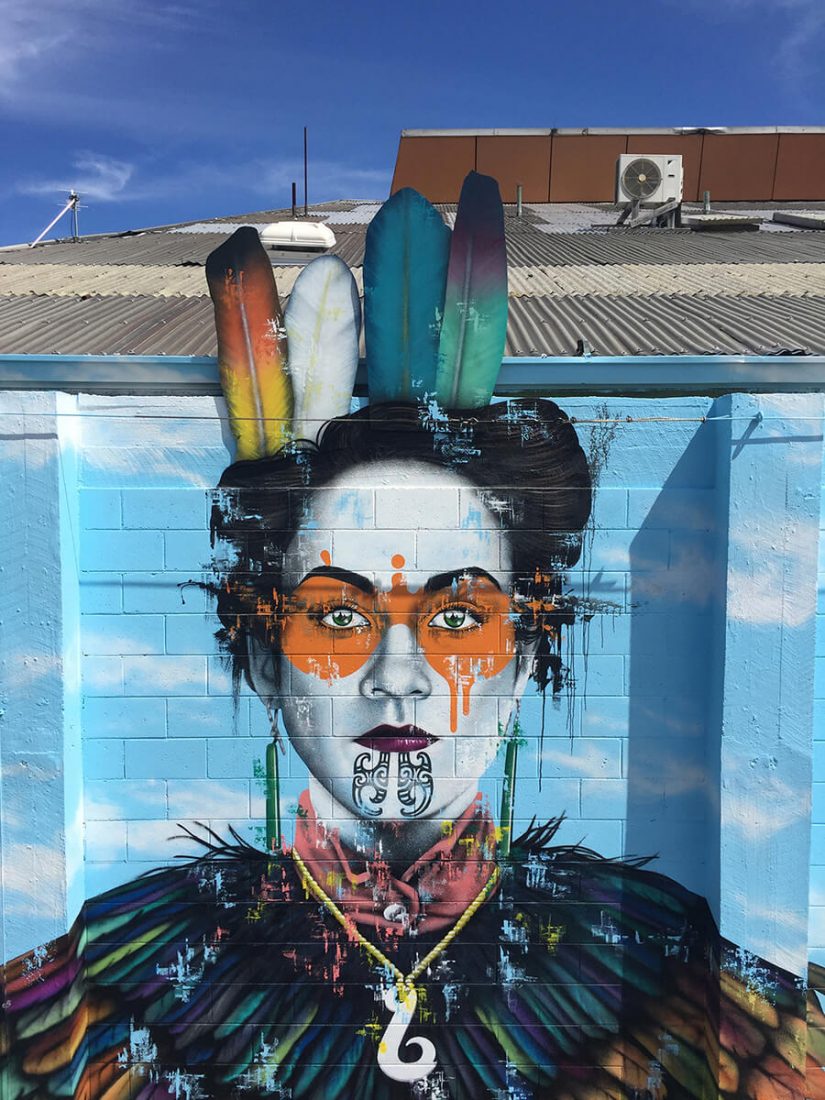 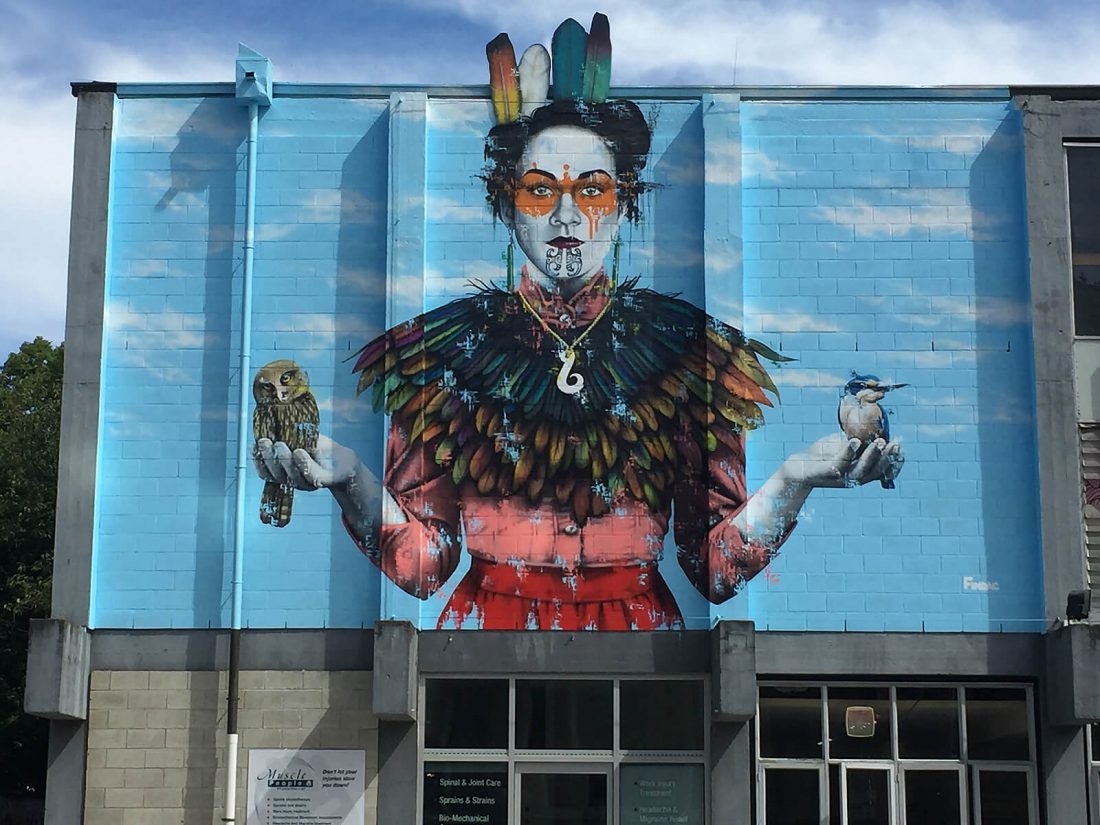