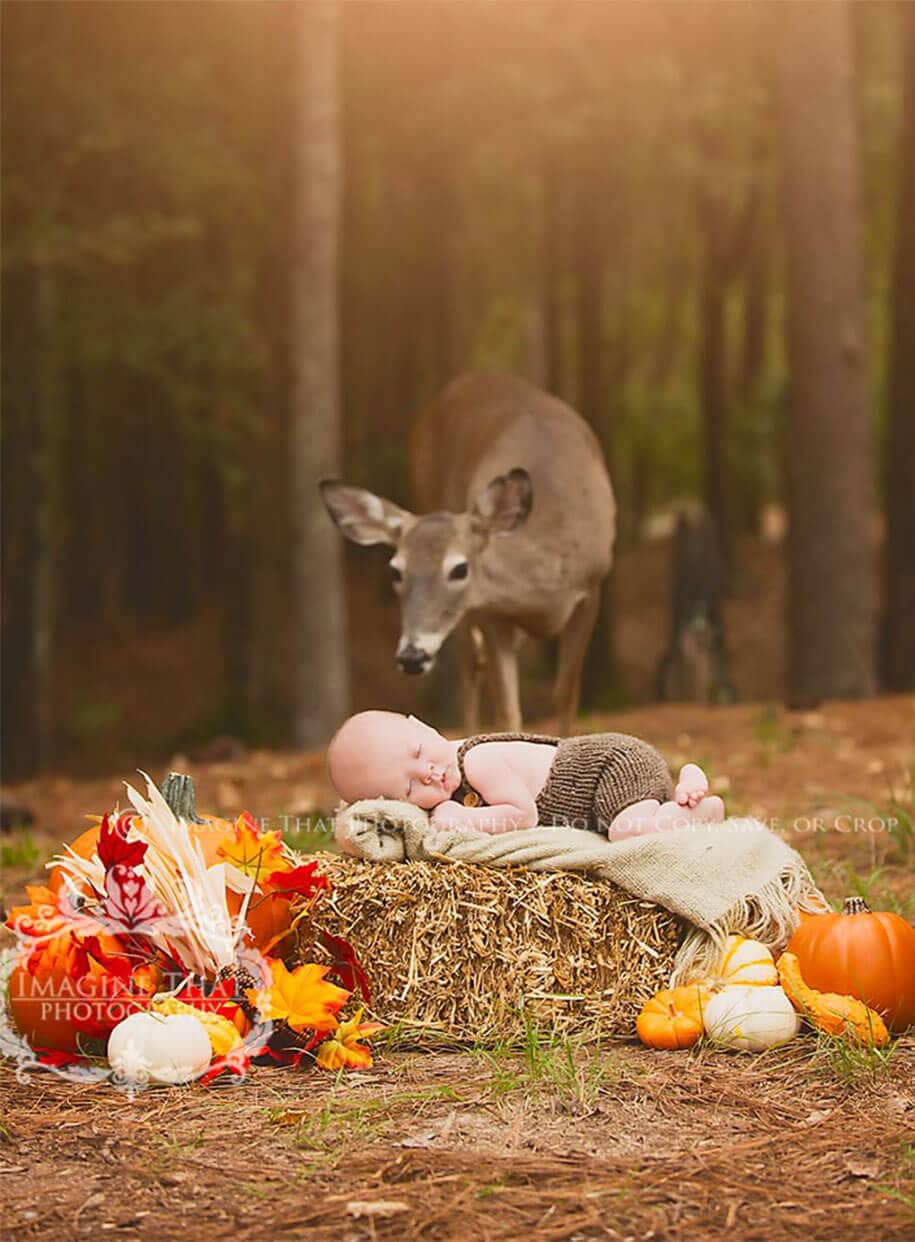 People are the worst photobombers. Meanwhile, animals are adorable when they do it! Meet Maggie, the doe that photobombed this baby’s photo shoot. 1-month-old Connor was sleeping on a pile of hay surrounded by pumpkins when the doe quickly appeared. Photographer Megan Rion of Imagine That Photography and her assistant used an ear of corn to attract the animal closer for the shot.

“Maggie lives in the woods and is known to show up during photo shoots,” Rion, a mother of one, reported Yahoo Parenting. “She has a reputation for it and parents even request that she come to shoots, but I let them know there’s no evidence.”