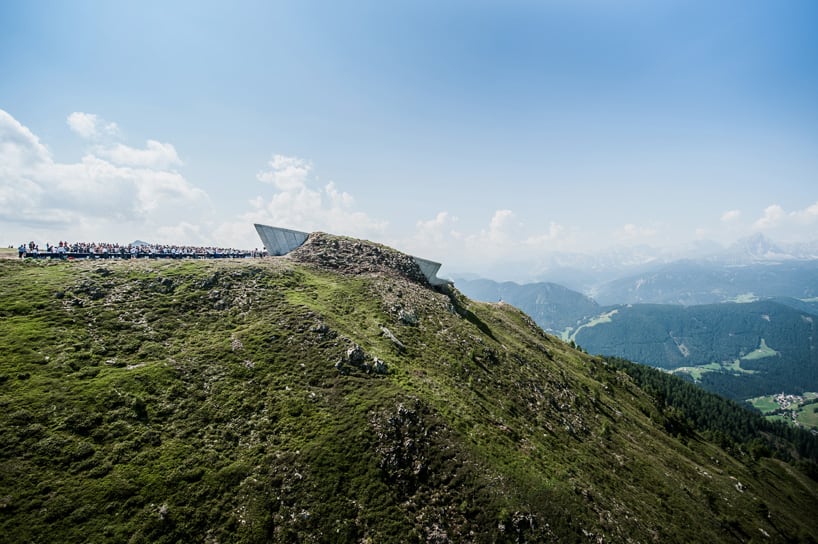 Mountaineer Reinhold Messner is a famous adventurer who has achieved impossible feats: he was the first person to climb Mount Everest without an oxygen tank, and also the first to climb all 14 mountains around the world that are higher than 8,000 meters. Since earning these achievements, he’s created a series of museums devoted to mountain culture over the Alps. His sixth and final installment is named the Messner Mountain Museum Corones. Designed by architect Zaha Hadid, it’s a striking concrete building embedded within Mount Kronplatz. The large museum sits 7,000 feet above sea level and occupies over 10,000 square feet of space. Three angular canopies rise from the ground, simulating large boulders that you’d see on the mountainside. They made from glass-reinforced fiber concrete, and they have a pale gray exterior that blends into the nearby limestone surface. To offset the surface, the inside of the building has slightly darker tones that match the anthracite coal hidden deep underground. Hadid’s design proposes an awe-inspiring look at the neighboring landscape.

She describes in a press release:

“The concept is that guests can descend into the mountain to explore its caves and holes, before emerging through the cliff wall on the other side, out onto the overhanging terrace with its magnificent, scenic views.” 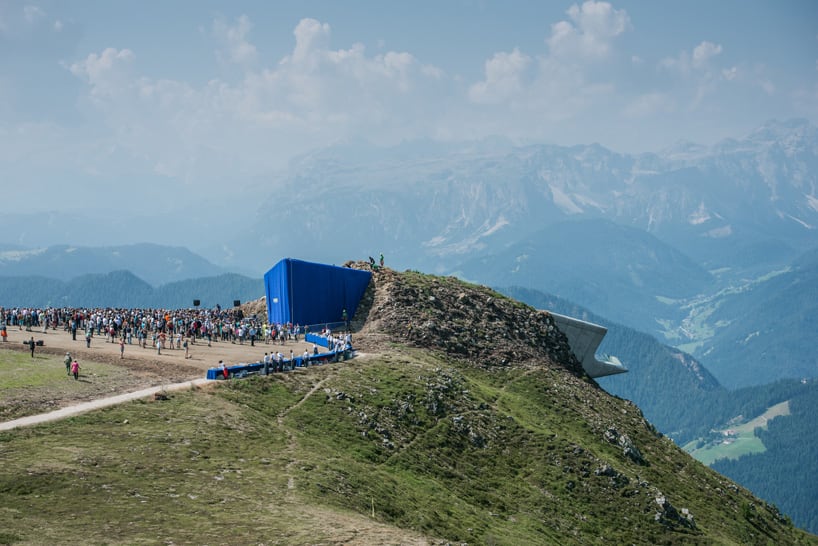 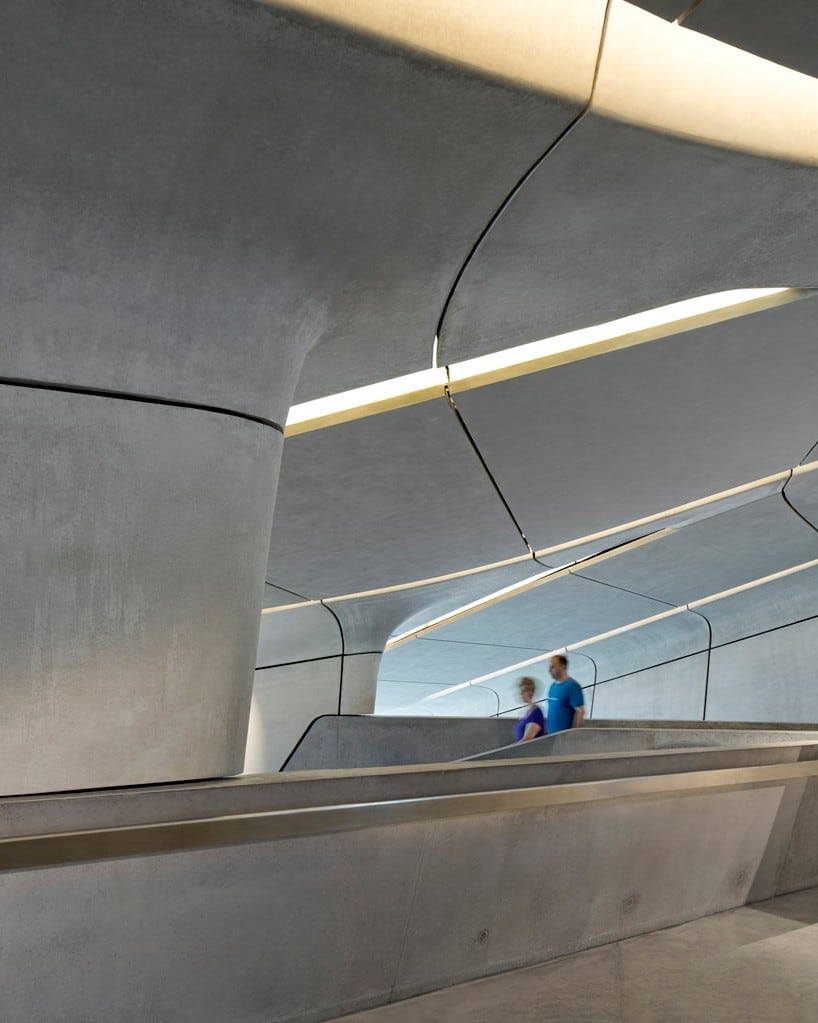 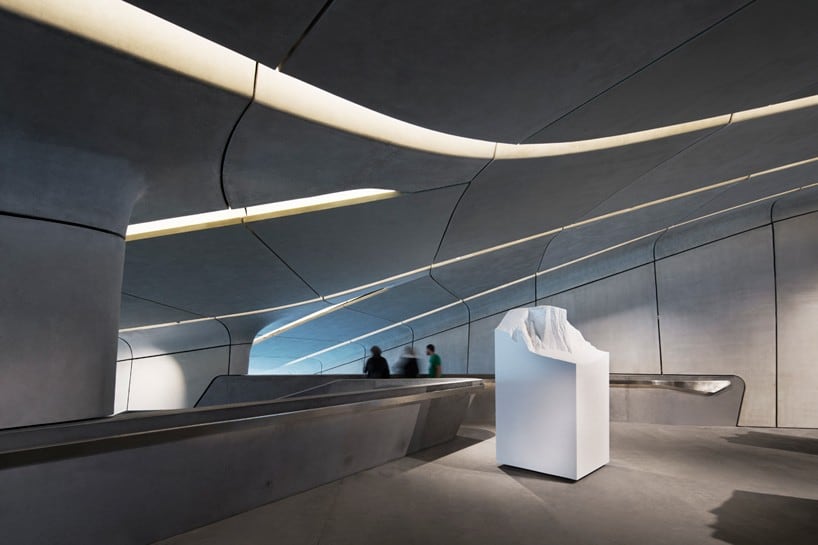 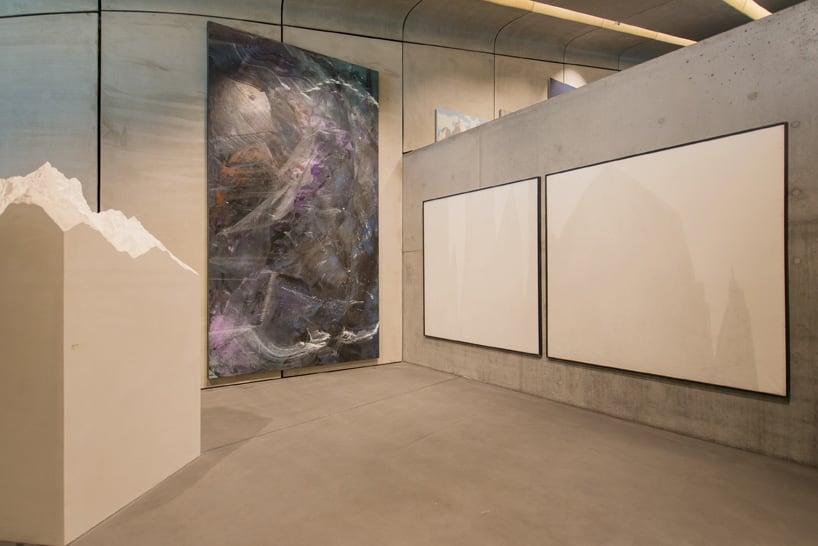 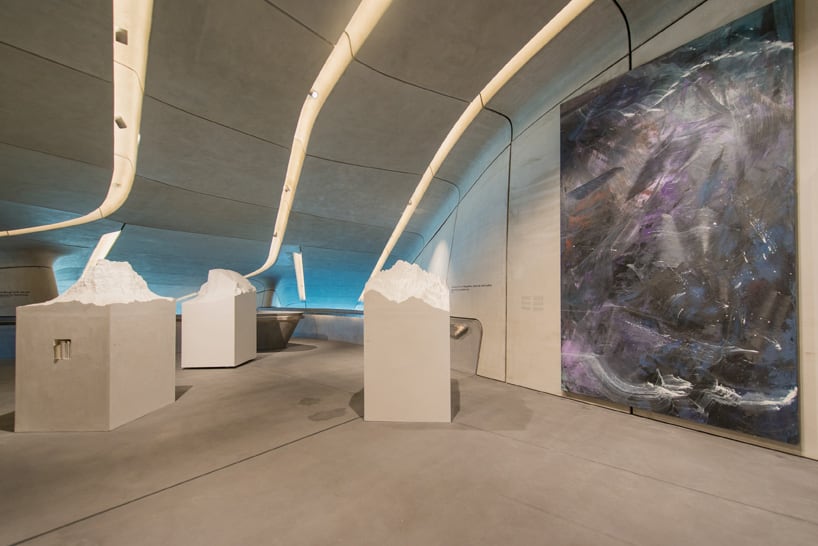 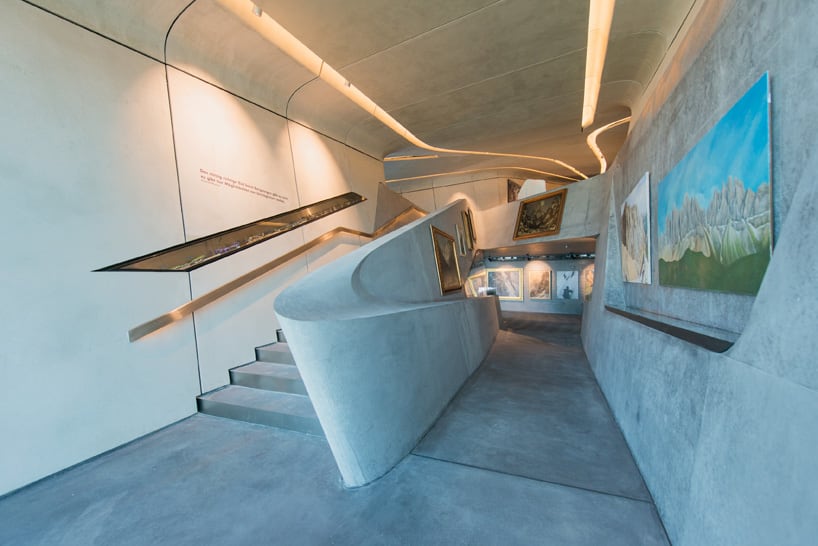 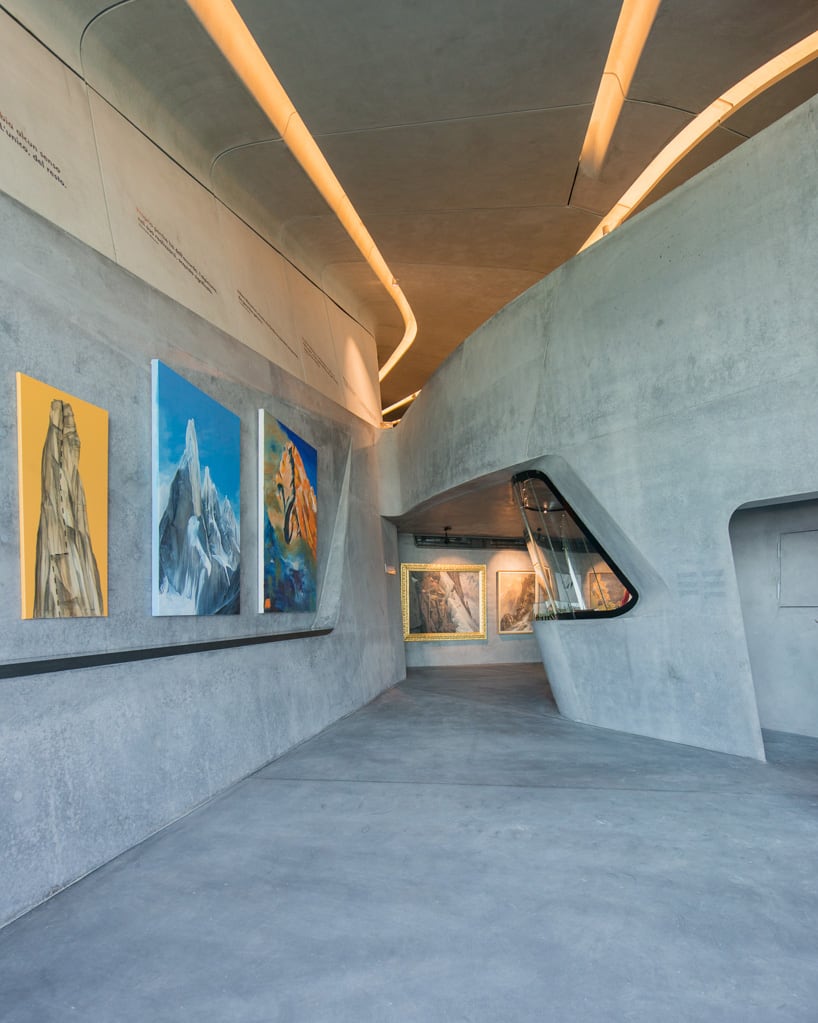 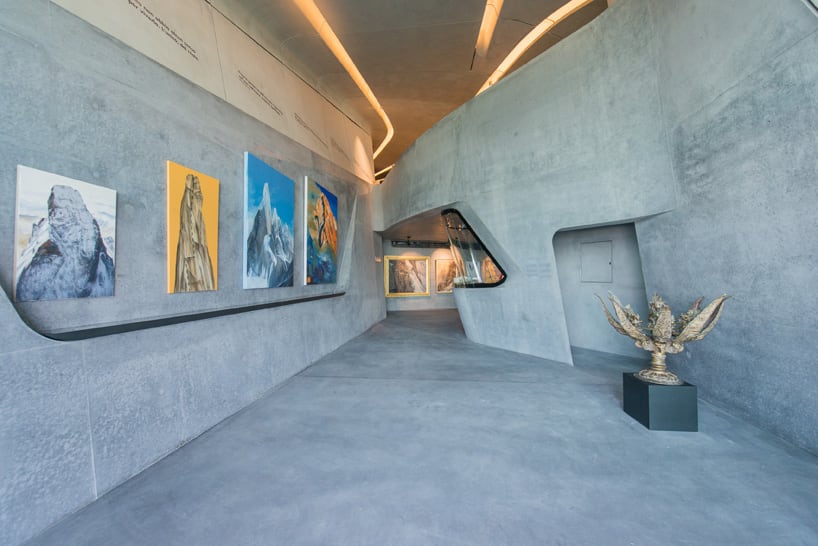 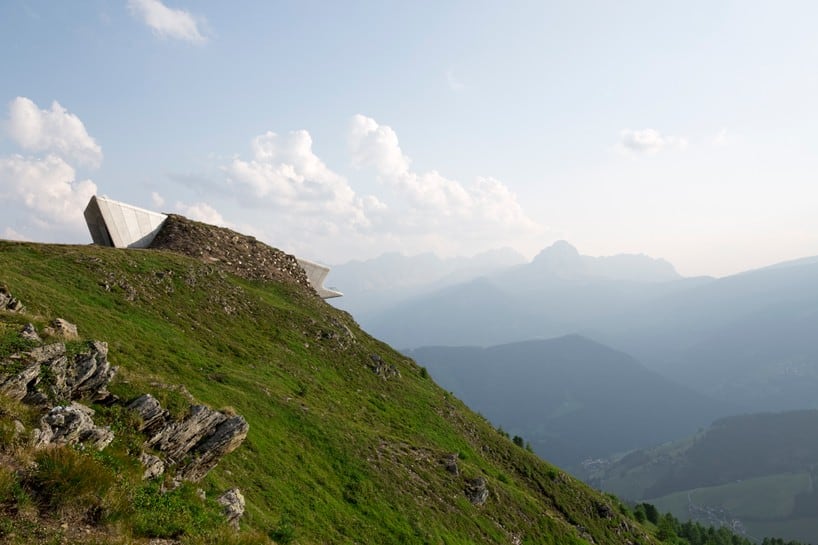 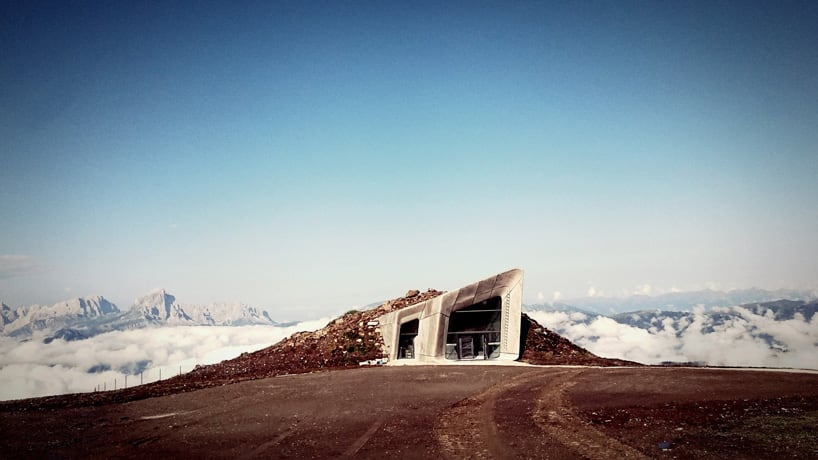 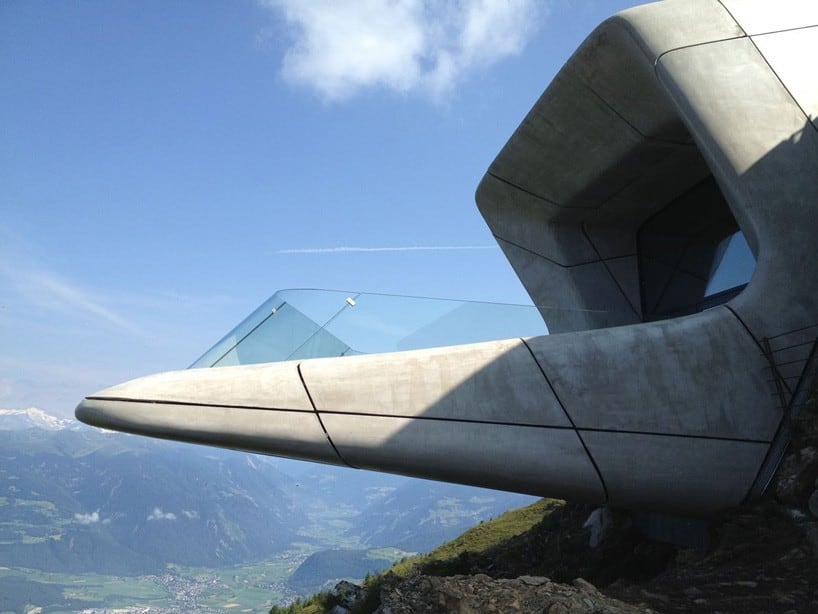 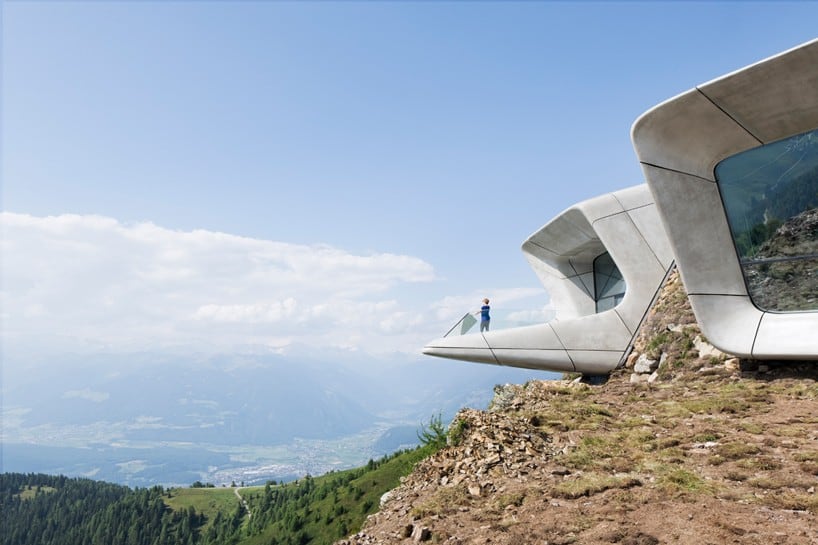 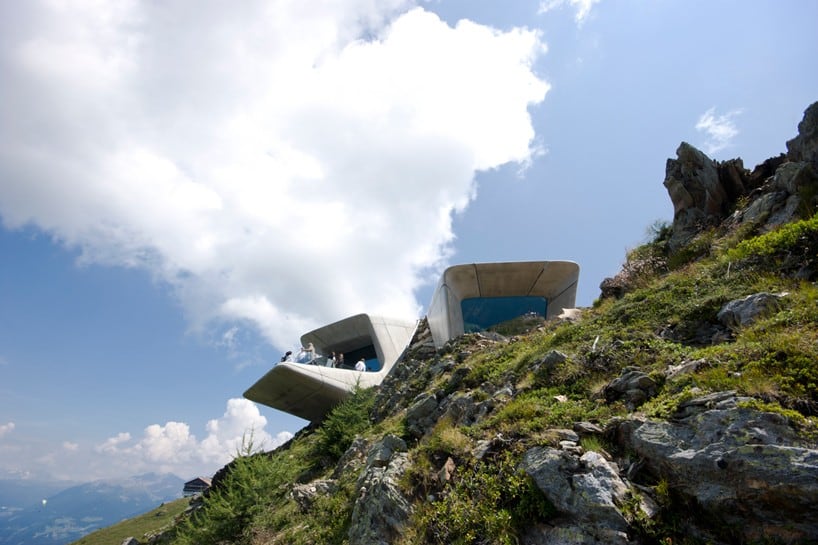 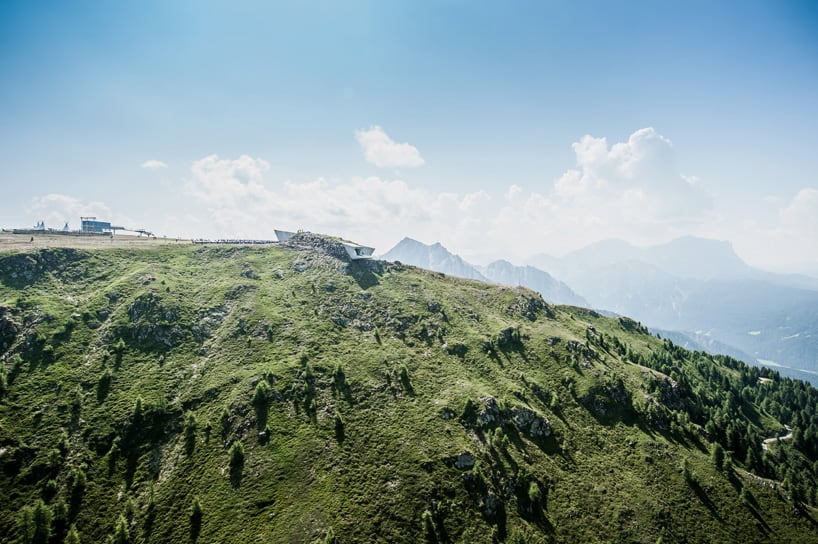 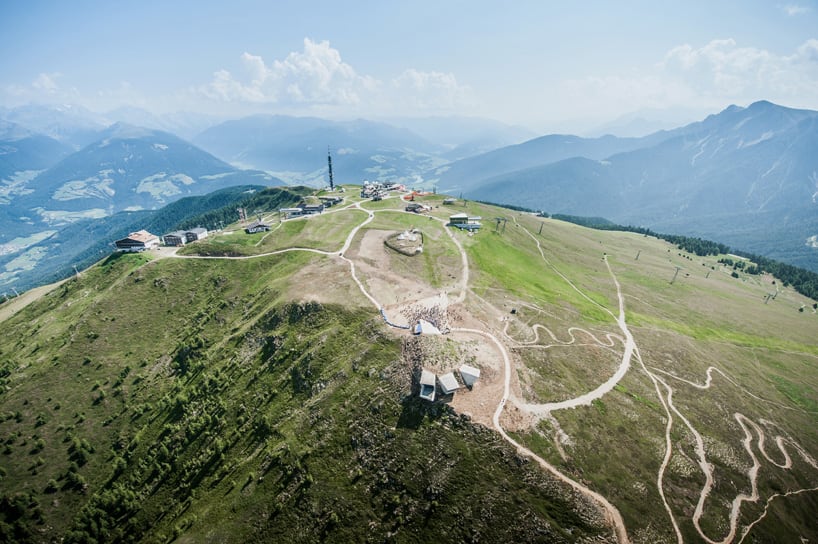