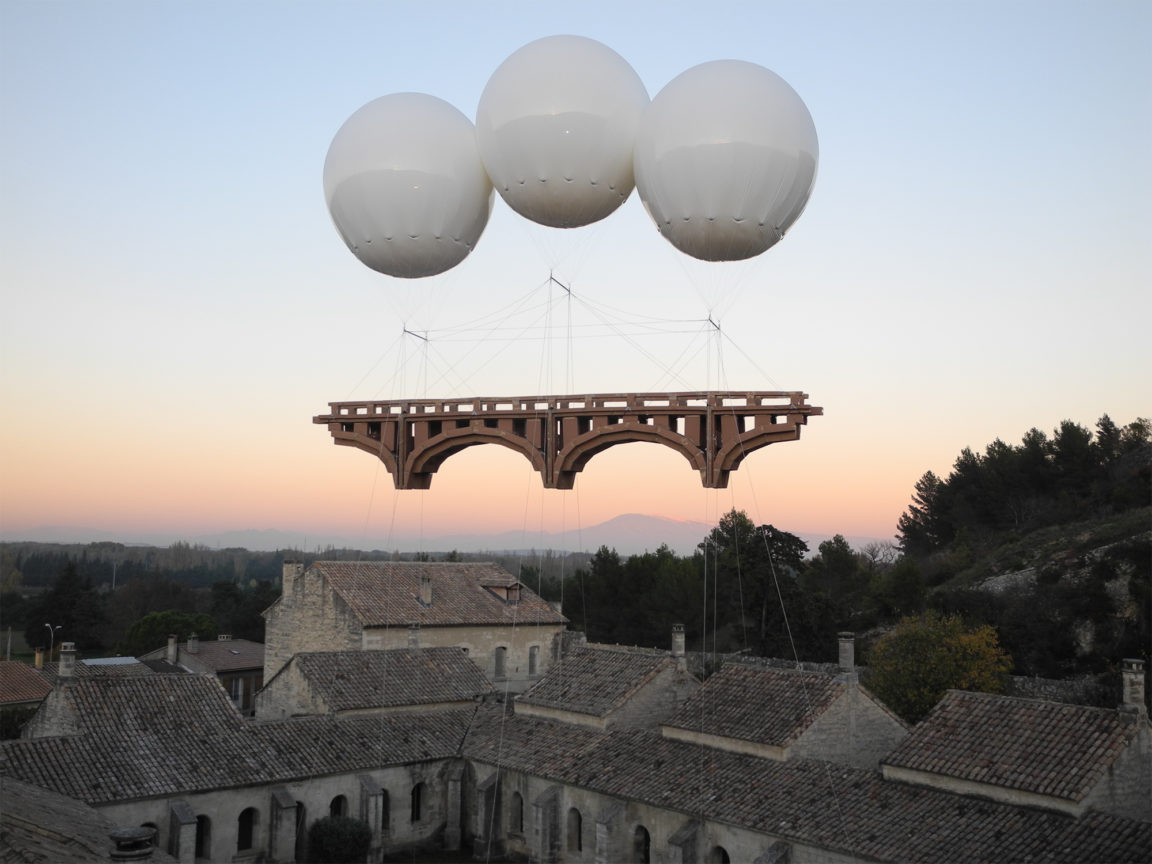 In a world that is growing more chaotic by the hour, bridges are popping up in places you would never think of. Temporary bridges constructed from balloons, cardboard, and tape have been spotted hovering over small European towns or balancing a river in floating canoes. These elaborate bridges designed to be constructed and demolished in a matter of days were created by French artist Olivier Grossetête who refers to them as “utopian building(s), temporary and useless.” It’s an admirable feat for someone with no formal training.
“This is an essential aspect of the project,” the artist adds in a statement. “It’s entertaining to portray this allegorical moment.” While they’re on display, the architectural works are frequently linked between hot air balloons and existing structures, giving them a dream-like appearance as they float above the cityscape.
For more than ten years, Grossetête has used cheap, flexible material because it is simple to handle, allowing for rapid springing up and removal of installations. “Despite its superficiality, it has quite remarkable capabilities and is rather light. It frightens no one and allows me to reach out to the most people possible,” he adds, noting that it’s also a cultural symbol. “It is the sign of the phony and of illusion! I like to compare architecture, which is a manifestation of power, with the false, which is an imitation.”
Grossetête is now based in the Alpes de Hautes Provences and will travel to Ílhavo, Portugal, for his next project, from July 31 through August 1. On his website, you may see more than a decade of his work.