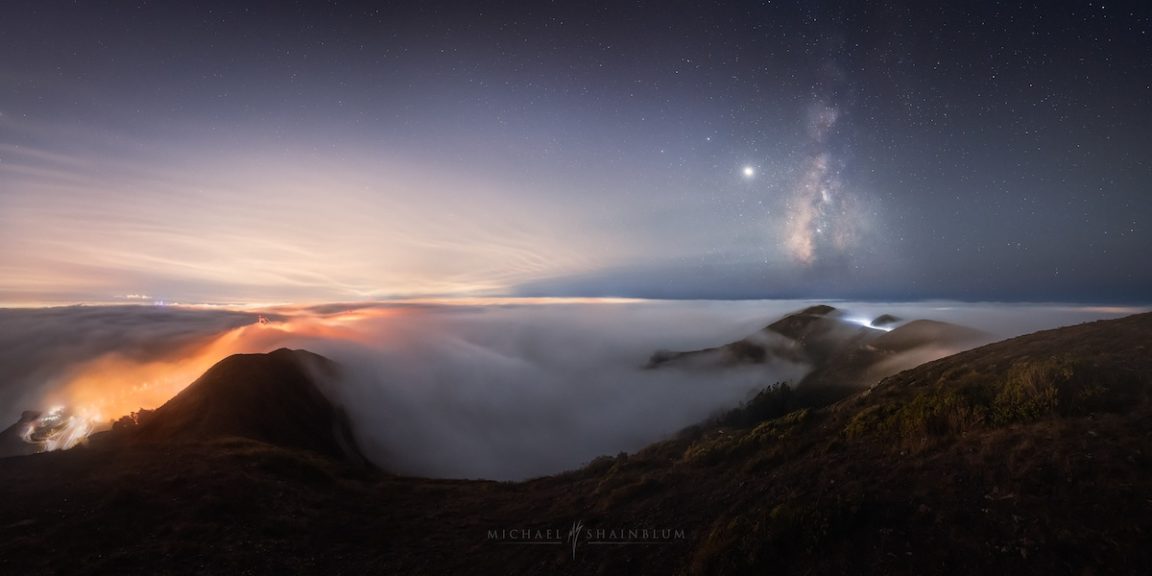 If you’re a professional photographer, you understand how crucial timing is. You have to be in the right place at the right time to capture the perfect photo. That’s what Michael Shainblum discovered recently when he photographed the fog-covered Milky Way and Golden Gate Bridge in San Francisco. Thanks to some lucky fog, Shainblum created a one-of-a-kind photograph that is sure to impress his fans and followers.
Shainblum has been photographing the Golden Gate Bridge for years, and it’s a frequent muse. Nothing, though, could have prepared him for that evening on San Francisco Bay. Shainblum has always wanted to shoot the famous span beneath the Milky Way, but he is usually unable to do so due to city light pollution. He was in the proper position when the ideal weather conditions allowed his ambition to come true.
“It felt great to get a shot in such an iconic place,” Shainblum says of the experience. “For the previous nine years, I’ve been going there numerous times. It was fascinating to witness a one-of-a-kind event, such as this, and spend the night gazing up at the sky/mist. Overall, the evening was an amazing combination of photographs and timelapse.”
The fog covering the town provided the ideal cover for Shainblum’s attempts to capture the Milky Way. However, to get accurate exposure, Shainblum combined several horizontal photos until he was satisfied with the outcome. The Shainblum’s goal is to create a magnificent cityscape where the Milky Way may be seen soaring above San Francisco Bay. As fog rolls across the scene, the bridge’s lights and one of its towers can be seen in the lower-left corner.
However, this wasn’t the only fantastic photograph taken by Shainblum that evening. He also utilized the fog and the Golden Gate Bridge to his advantage. These atmospheric photographs are a one-of-a-kind, artistic viewpoint on an oft-seen structure. Shainblum also offered a unique video that takes us behind the scenes of this momentous occasion as a bonus.