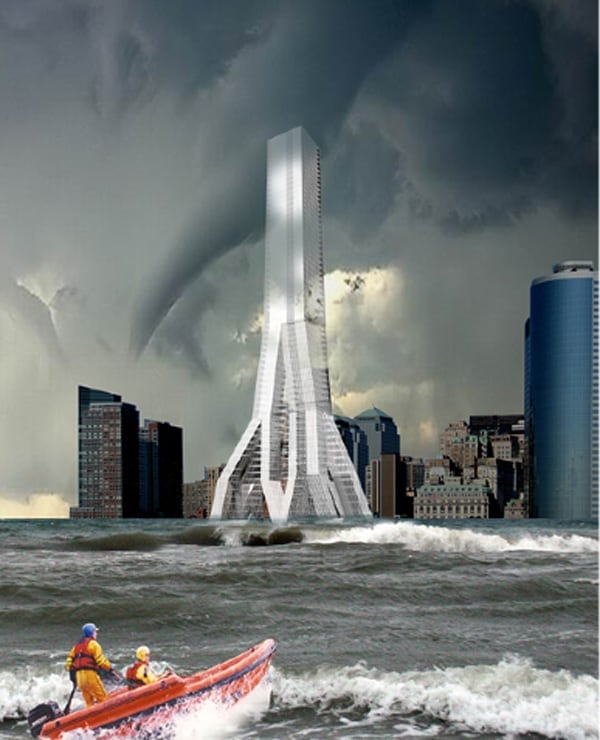 From New York City-based architects HWKN’s Matthias Hollwich and Marc Kushner come to Skygrove: a one-million-square-foot design concept for a commercial office building that operates in a wetter world. Described by the designers as part environmental infrastructure and part vertical office park, Skygrove was conceived for a future where the natural environment is “predictably unpredictable” and the line between land and sea becomes increasingly blurred, particularly in coastal urban areas like New York City. Indeed, the architects note that “today’s binary coastal relationship of dry land opposing the sea will become blurred by rising sea levels, persistent coastal flooding, storm surges, and tsunamis.