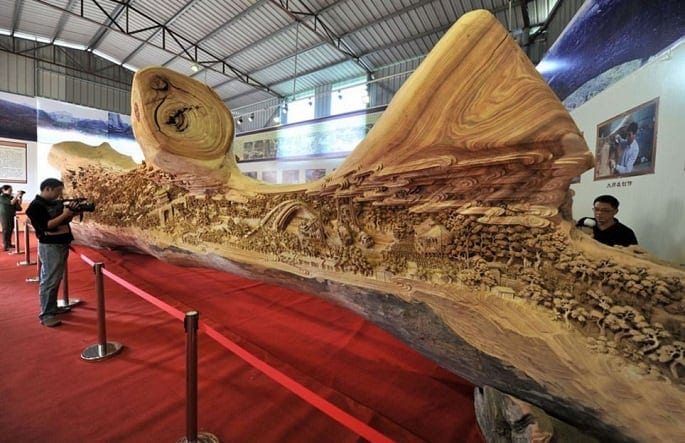 A giant masterpiece has been recorded as the longest one-piece wood carving in the world. And the time it took to get it officially recognized is also almost a record – after the exhibition hall where it is housed revealed it was actually crafted in Fujian province in southeast China nearly 1,000 years ago. Called “Riverside Scene at Qingming Festival”, it has only now been recognized by the Guinness Book of World Records as the largest single piece wood carving in the world. The work measure 12.286 meters long, and at the highest point is 3.075 meters. It is also 2.401 meters wide. It took artist Zheng Chunhui four years to complete and currently is stored at the Palace Museum in Beijing where it is recognized as a national treasure. A museum spokesman said:

“He was a master craftsman but sadly this is the only piece of his work to have survived. But nevertheless it is a remarkable piece. It gives a 3D snapshot of a period in the life of daily life of people of all ranks in the capital city of Bianjing (today’s Kaifeng, Henan Province) during Qingming Festival in the Northern Song Dynasty. As such it is also a valuable historical witness, bringing the period to life in a way that a book or scroll never could. It’s the next best thing to experiencing it in real life, showing rich and poor about their daily business. In fact there are 550 people in the carving.” 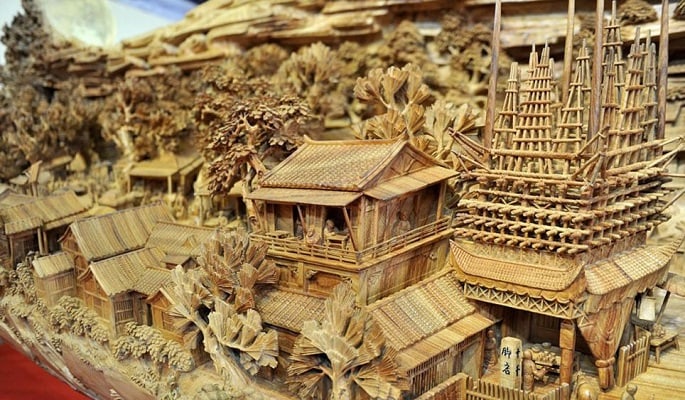 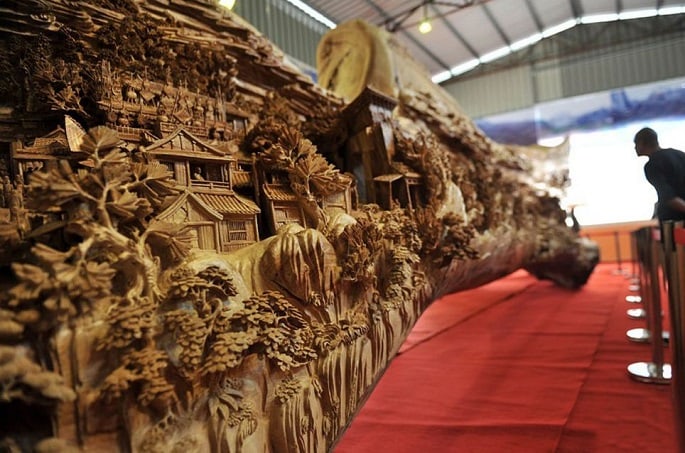 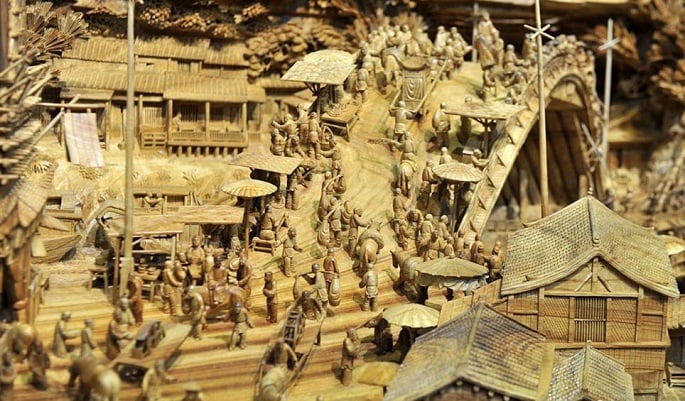 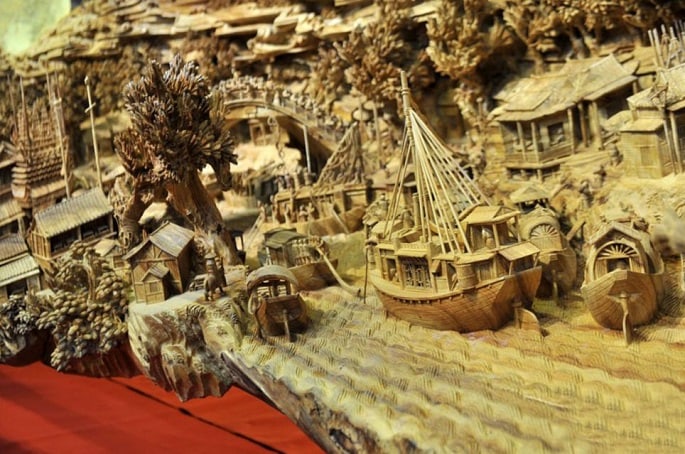 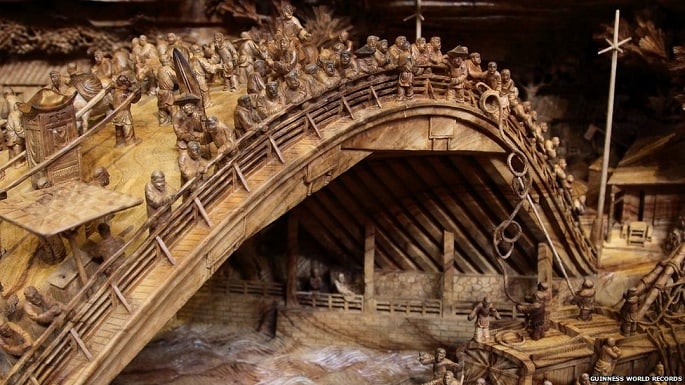 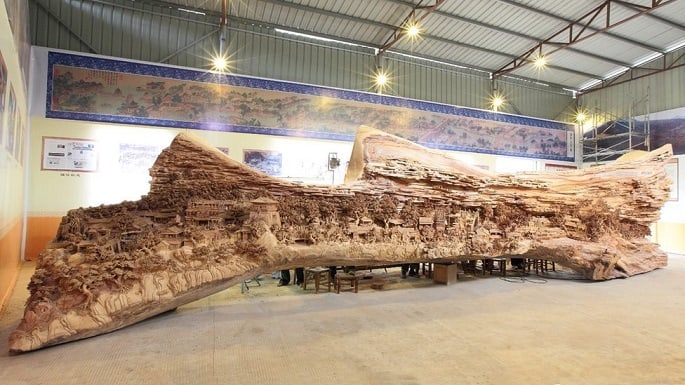