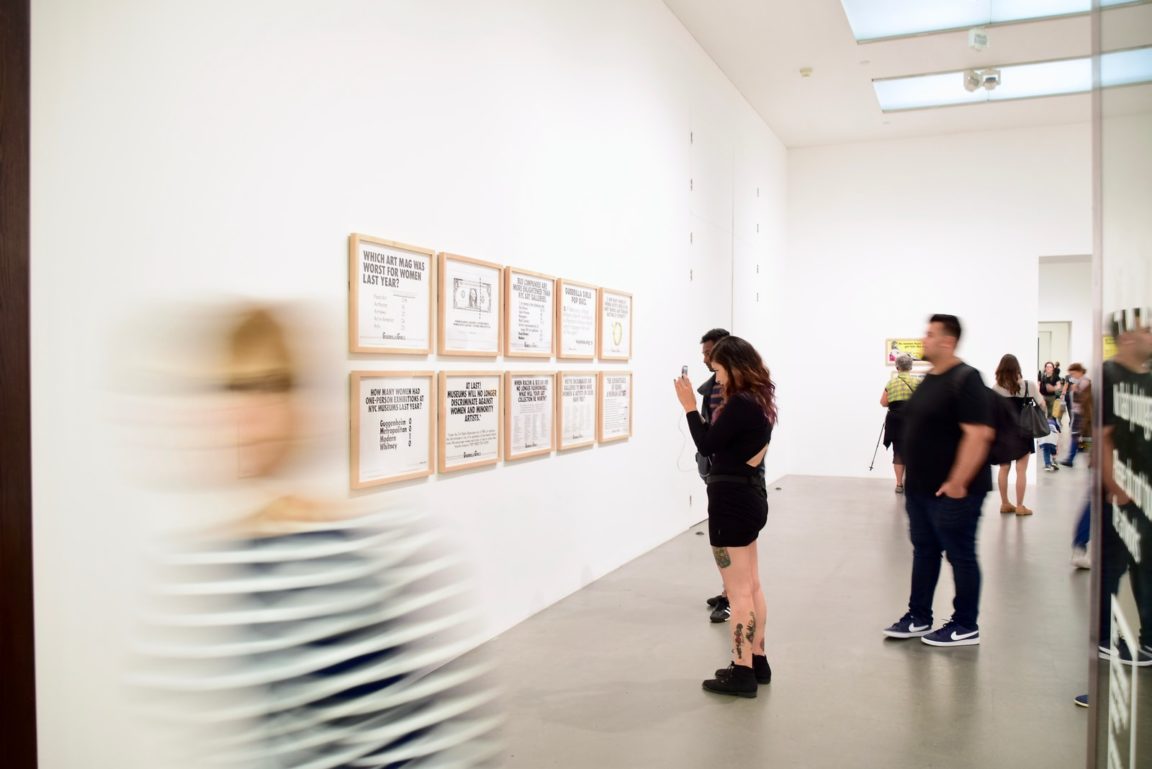 The art world has suffered a lot due to expo cancellations related to COVID-19. Yet, art lovers have been celebrating masterful exhibitions long before and even since federal restrictions were lifted. There’s much to enjoy in the world of creative expression. Enjoy this collection of treasured art exhibitions that have made history.

Prints from 1900’s Paris: From Elite to the Street

In the late nineteenth century, modern artists had embraced the art of printmaking. They put their skills to create posters, illustrations and beyond. The style allowed artists to reject the traditional distinction between ‘high’ and ‘low’ forms of art. Many devoted their talents to establishing ‘high’ art like sculptures and paintings whereas others experimented with avante-garde or ‘lower’ forms such as decorative designs and prints. The exhibit represented the common theme of modern cosmopolitan life in Paris. According to Front Signs, a company specialized in large format printing in LA and across the States, prints are regaining popularity in every business and art sphere.

Kusama is a forerunner in the arts and a social justice warrior in Japan. The Splendour exhibition features a one-meter-square painting from her latest canvas series, called My Eternal Soul. It’s a portrayal of hallucinatory visions Kusama had in her childhood. The exhibition also includes a project called Flower Obsession, in which flowers span the entire space from floor to ceiling. She also created a cult classic with the Infinity Mirrored Room that transports visitors into and among the stars.

Barbara Kruger: Thinking of You, I Mean Me, I Mean You

Kruger’s exhibition is called, Thinking of You. I Mean Me. I Mean You. Kruger combines images drawn from mass-media photographs with provocative language juxtaposed for effect. The exhibition showcased large-scale room wraps, multichannel videos and site-specific installations. Kruger created her own visual space, bombarded the viewers with emotional and aggressive words and visuals. The conflict of offense and invasion was even used to arouse the audience’s spiritual thoughts about the subject and self. She frequently employs the personal pronouns “you,” “me,” and “us” in her work, bridging the gap between art and the viewer.

The artist was inspired by bowerbird courtship rituals in which the birds establish bowers and dress them up with colorful trinkets to attract a mate. In the exhibition, Petrit Halilaj turned Palacio de Cristal into a real bird’s nest adorned by a variety of larger-than-life trees and flowers. The indoor garden was flooded with natural light thanks to the conservatory’s glass structure. He set a goal to connect exterior and interior realities, creating a mystical space that transported humans into the natural realm of bowerbirds.

Niki de Saint Phalle’s art works are well-known for addressing issues such as women’s rights and global warming. Her famous exhibitions display different mediums such as fantastical sculpture gardens and avante-garde architectural projects. They transport the audience into futuristic settings and storybook surroundings. Saint Phalle designed parklands and metaphorical residences. The exhibition’s main attraction was “Tarot Garden,” a massive geometric structure. Saint Phalle’s belief in the power of art to change perception is highlighted by intricate detailing and organic shapes that stretch the imagination.

Surrealist women artists were the highlight of this exhibition. It depicted 34 women’s works from 11 different countries. Female artists were initially only used as models for Surrealism‘s inner cycles. However, they soon demonstrated their artistic power. The exhibition demonstrates how they worked with Surrealist motifs and how they distinguished themselves from their male counterparts. They experimented with various roles from child-woman to goddess to she-devil in their quest to discover more to the feminine side of surrealism.

Laurent Grasso and his studio have been studying the evolution of the natural world for a few years. They concentrated on man’s impact on the environment and how we are irreversibly damaging the planet. This research resulted in the creation of “Future Herbarium.” This exhibition features flower paintings and sculptures inspired by nineteenth-century herbariums. The samples were inspired by the discovery of mutated flowers following the Fukushima disaster. A video installation inspired by solar storms and space was also included in the exhibition.

The centerpiece of Botticelli’s exhibition was The Birth of Venus and Primavera, undoubtedly two of Botticelli’s most famous works. The masterpieces are genuine witnesses to Florence’s influence and social changes during the reign of the Medici. The exhibition also highlights the importance of studio practice. It particularly revealed the distinction between original creation and series production, which was common during the Renaissance. It also portrays the artist as a creator, entrepreneur and trainer.

You’ll feel the energy and deep spiritualism coming out of each of Hilma Klint’s works. The exhibition portrayed The Ten Largest, a monumental series expressing four stages of human development in the spiritual cycle. The culmination of the exhibition was Altarpieces, comprising three large paintings. Hilma af Klint believed a temple would be built to house all her works. These pieces would be displayed together in the innermost part of it for visitors to pass through and reach a point of culmination. This process embodies the path of enlightenment through spirit and matter.

This exhibition expresses a desire to draw parallelism around the visual cultures of Afro-Atlantic territories. The so-called Black Atlantic is a geographic area with no clear borders. It’s a place where nations, territories and cultures merged through invasion and survived through artistic expression. Through the stylistically diverse and mesmerizing expo, you can see various themes and journey through artistic movements that spanned nations and centuries to gain their aesthetic. It’s an overview of the reciprocal contaminations represented in images from Africa, Europe, the Americas, and the Caribbean.

Even during the stringent restraints of pandemic years, events did not vanish but were rather replaced by digital format works displayed in virtual reality. Technology enabled art to carry on while the world was shut down. Finally, after a long period of dormancy, events make a spectacular return. We’re pleased to recount the most beloved art exhibitions that have taken place throughout the years. We can’t wait for the list to grow as the future unfolds. What art exhibitions are you most looking forward to seeing in 2022?