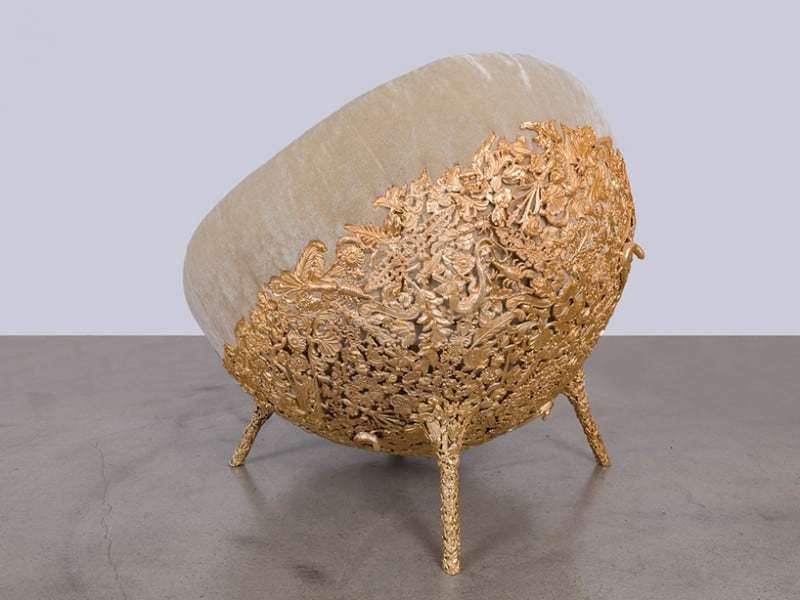 Fernando and Humberto Campana pleasure in the aesthetics of Roman classicism, translating the methods and details used during this period into a contemporary collection of furniture for London’s David Gill Gallery. “Brazilian Baroque” – a continued exploration of the brother’s series that started in 2010 – sees the São Paulo duo employing luxurious materials such as marble and gilded bronze. The family of sculptural, but functional pieces express a certain imperfection, a kind of seduction, which relates back to the element of recycling that is signature of Estudio Campana’s work; thus, leading not only to the mediums used, but also the processes which they have improved and reconfigured, while working alongside Roman artisans. The realization of “Brazilian Baroque” sees the Campana’s articulating the traditional skills learned into their style and artistic language.