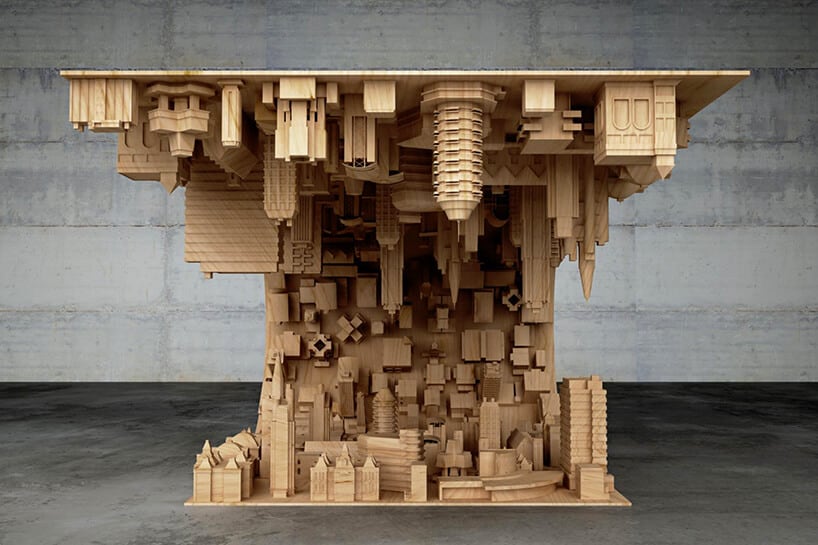 The 2010 film Inception brought viewers into the world where dreams could be controlled and coordinated by the dreamer. This scenario allowed characters to build entire cities using their minds, ones which could defy the laws of both gravity and reason. Apprised by the hit movie, Cyprus-based designer Stelios Mousarris has created the “Wave City” coffee table that bends a landscape of buildings in half, using the overlapping surface as the tabletop. Made of wood, steel, and 3D printing technology, the piece represents an urban sidewalk scattered with skyscrapers that seemingly lifts into the air and finally folds back onto itself in a single, endless curve. A series of meticulously carved buildings add a sense of realism to the otherwise surreal design object, which carefully balances on the lower section of the street. 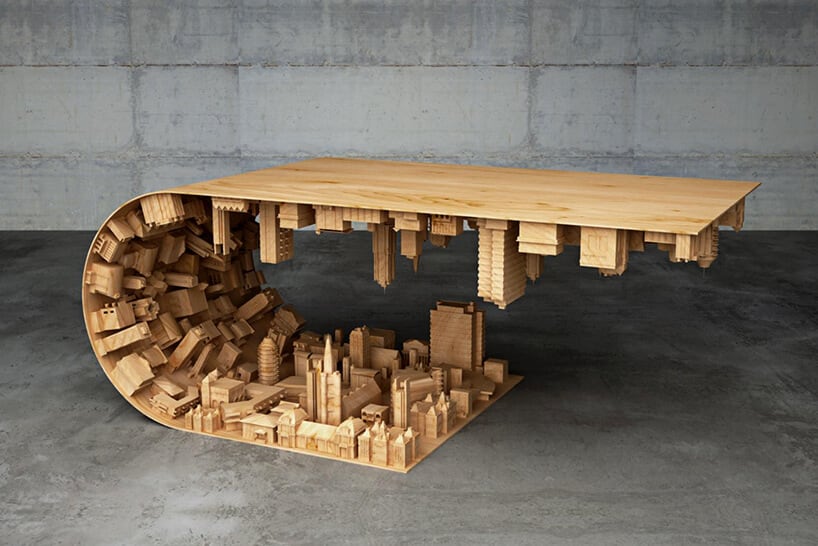 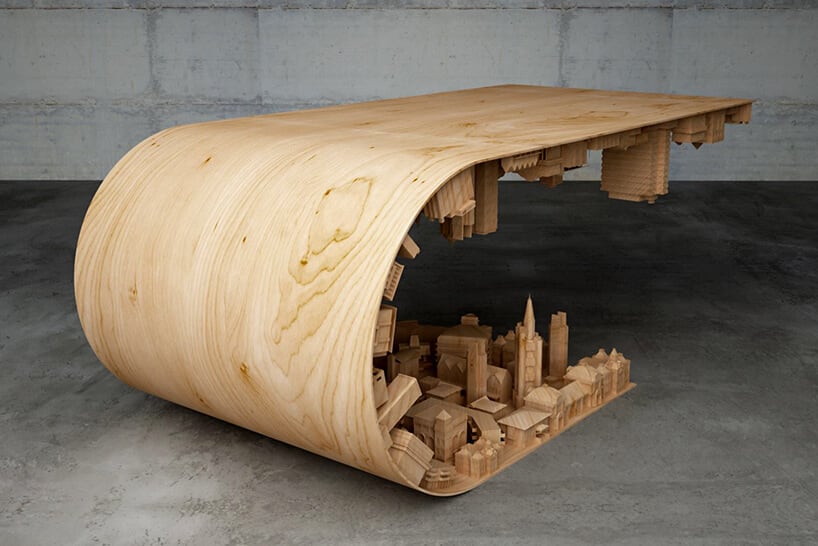 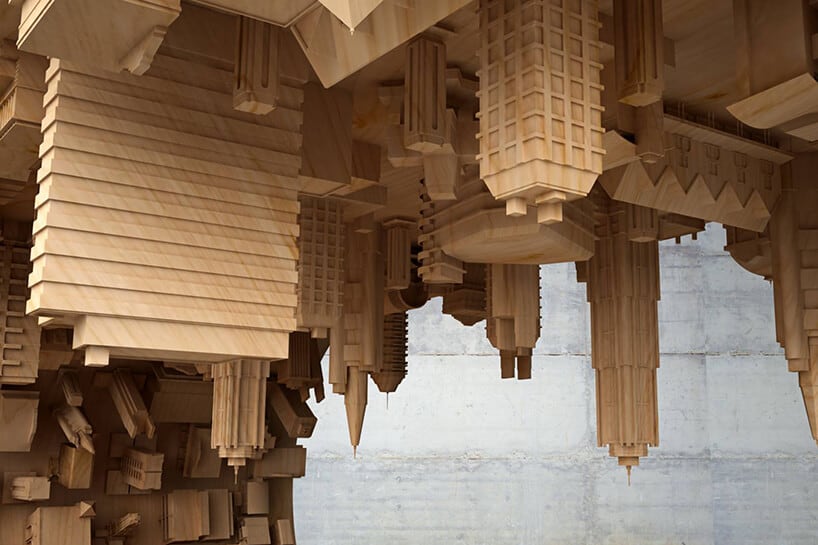 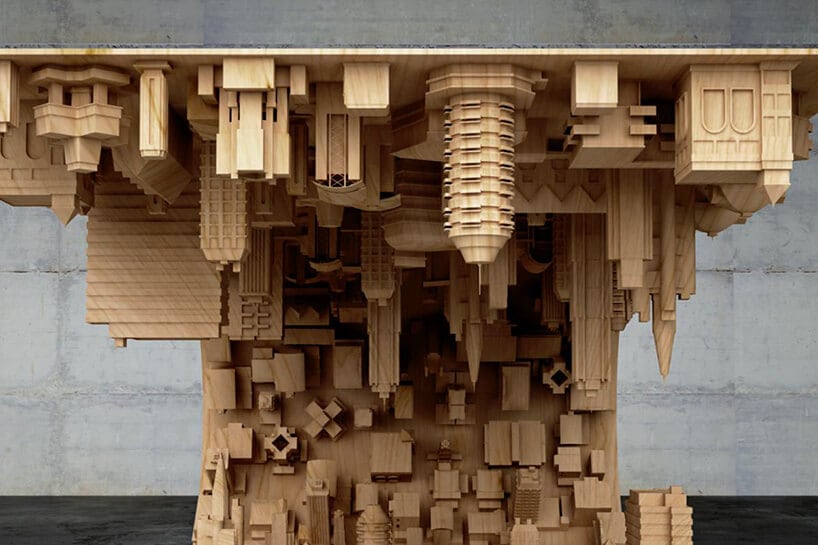