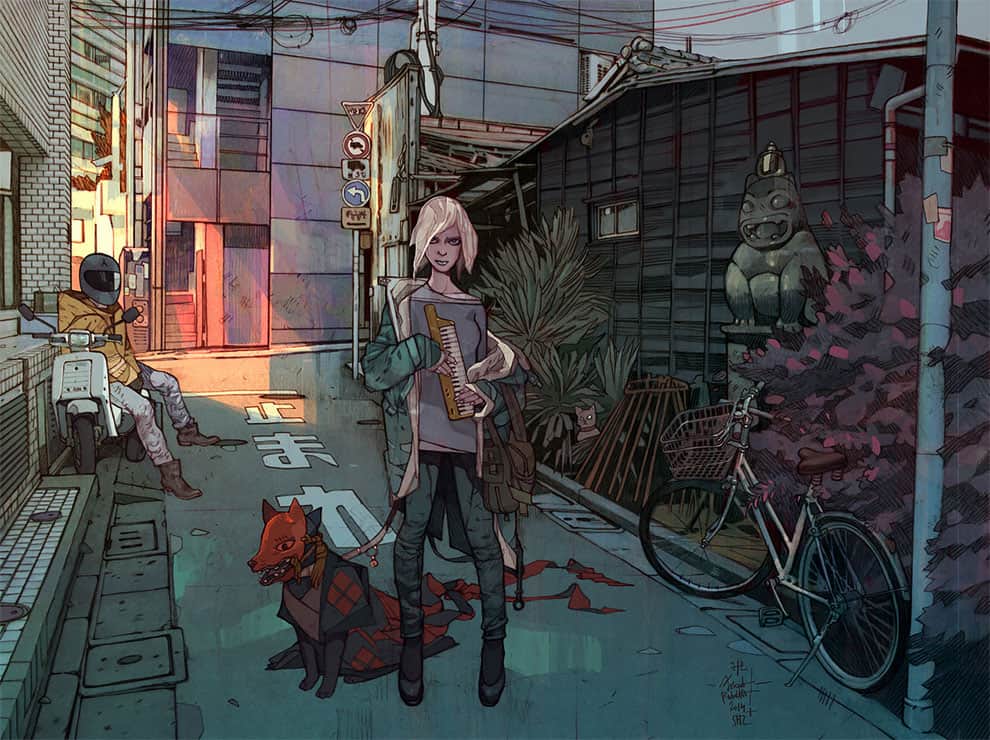 Jakub Rebelka‘s work resembles a cross between a stained-glass window along with a colorful manga — it’s classic, in a sense, using a horizontal, intricately detailed fashion, but it also blurs the line between science fiction and fantasy in a way that’s absolutely stunning. Drawing is about the only thing he ever envisioned doing; Rebelka’s illustrations have been featured in comic books news and video games, but he states his favorite bit is whatever he’s working on right now.

Growing up in Poland, Rebelka drew inspiration from a massive range of sources, everybody from iconic French comic artist Moebius into Akira artist Katsuhiro Otomo into Polish painter Stanislaw Szukalski. Nevertheless, the big names weren’t the most crucial influence on his career.

“My dad is a wonderful artist,” says Rebelka,” he taught me all.”

This extensive selection of influences has led to a distinct appearance, one who jumps between various styles at ease; his work can feel like a traditional painting by way of Japanese and French comic artists. His late night illustration sessions are fueled mainly by music and audiobooks.

“I spend a great deal of time behind the desk drawing,” he says.