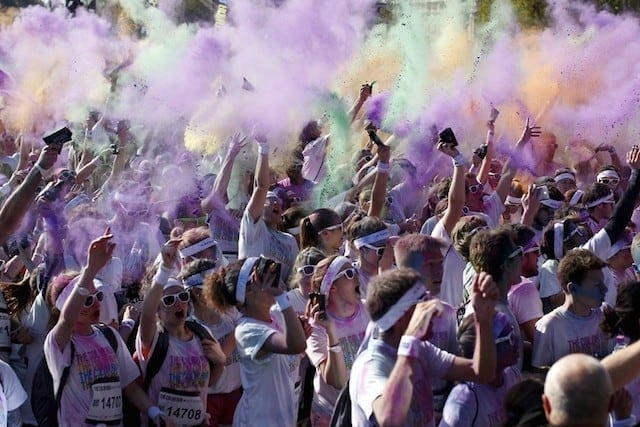 Around 20,000 people took part in the second edition of the Paris Color Run in April 19, 2015, that left both the runners and the city itself doused in pinks, blues, and greens. Benoit Tessier, Reuters photographer reveals a spectacular series, at the foot of Eiffel tower, where people, hands up in the air, have celebrated the end of the race.