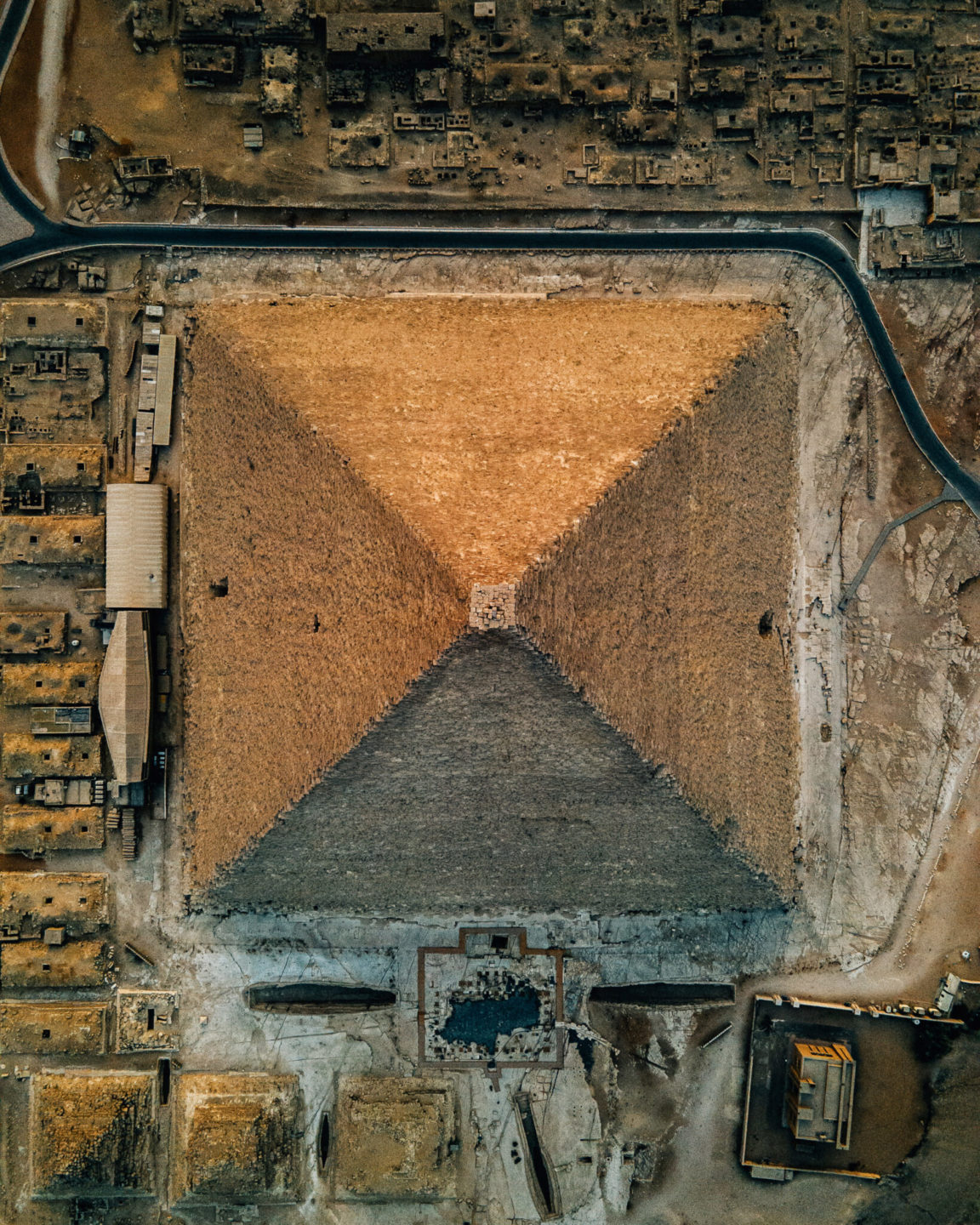 Alexander Ladanivskyy, photographer and drone operator from Ukraine, is on a quest to capture the most spectacular images in the world. His travels have taken him all over the globe – from Iceland’s idyllic waterfalls to Jordan‘s ancient mountain cities, Nepal’s collision of history and modernity, and now Egypt. Last April, he teamed up with the Ministry of Tourism in Egypt to shoot one of the most photographed landmarks on Earth: The Great Pyramid of Giza. Not satisfied with recreating perspectives found on postcards or Instagram feeds, Ladanivskyy instead used drone technology to take photos at different altitudes that show off both its beauty as well as its sheer size.
Originally constructed over 4,500 years ago by Pharaoh Khufu and likely to have been the tallest structure on Earth at 481 feet tall (not including the height of an ancient capstone), The Great Pyramid remains one of Giza‘s most well-known structures. With its mesmerizing symmetry, this building was able to flatten into a collection that appears more like cobblestones than boulders, with each photo zooming in on its tip or pyramidion, which once topped off a gold gilded apex before centuries worth of graffiti carved their names onto the stone. If you explore Ladanivskyy’s wide-ranging photography, then make sure his Instagram account is something you look up to as he will take your breath away!