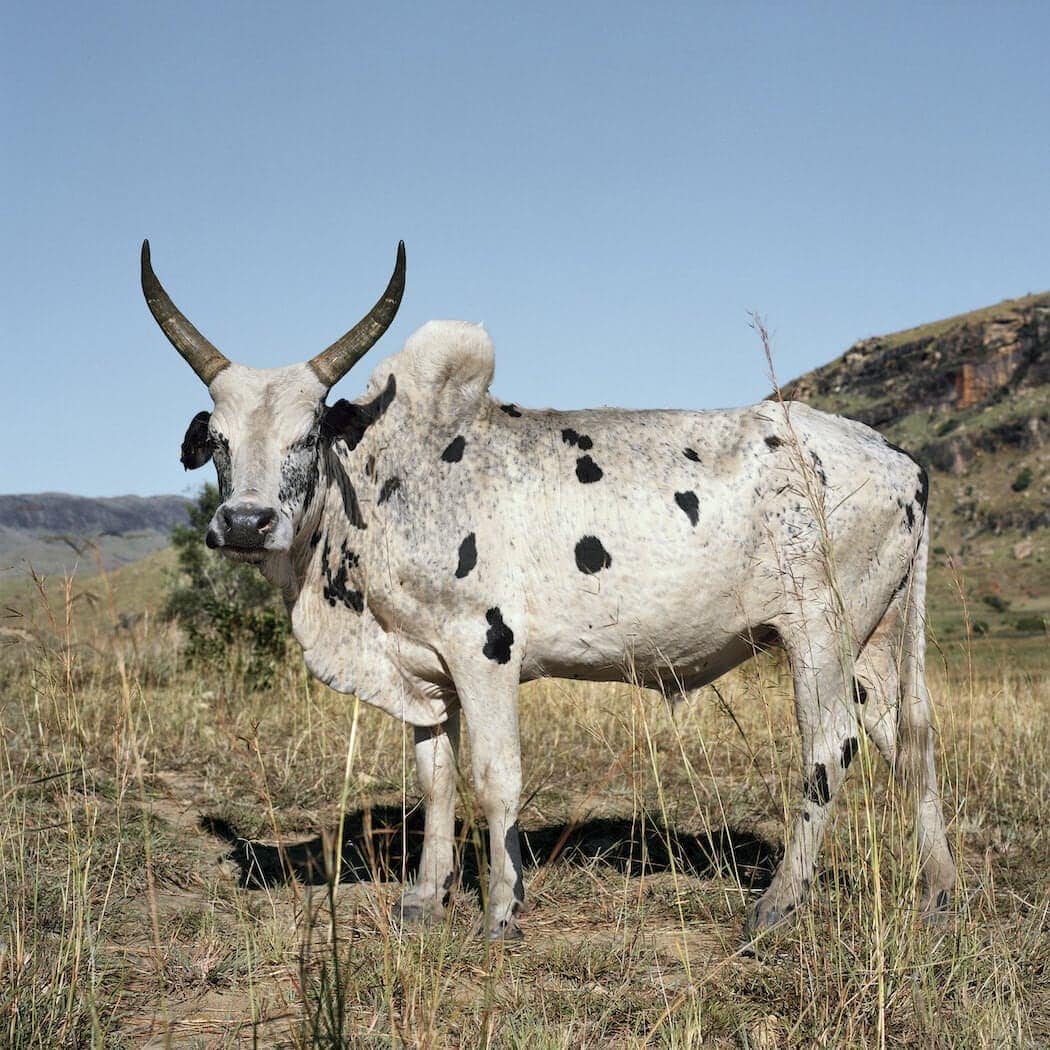 For his recent project ‘Sightings Of The Sacred‘, photographer Daniel Naudé set out to shoot a series of photographs portraying cattle, which are considered as sacred in several countries, such as India, Uganda and Madagascar.
To make the series, Naudé visited herds in tribes for whom animal worship is necessary. The series of photographs presents animals with noble horns, honored with elaborate decorations and set against the natural landscape.

A description of the series states: “In many respects, this tradition faded in the 20th century because there were very few lands and creatures left to classify as the world had been mapped and the animals of the world named. The heightened presence of the animals in his images allows us to experience the awe and wonder that accompanied the reception of images and reports of exotic animals when they reached Europe in previous centuries.”