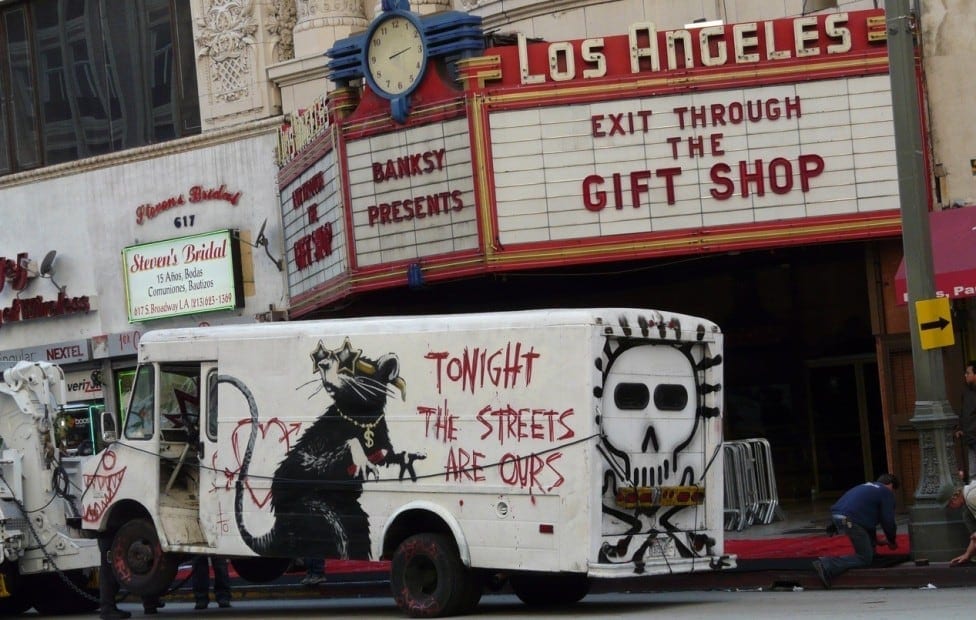 Banksy didn’t win an Academy Award, wasn’t spotted at the show and didn’t even bother to vandalize the Kodiak Theater restrooms – disappointing stuff, we know.   On a positive note, the hype surrounding his nomination brought attention to an often overlooked film genre, the documentary.   While Exit Through the Gift Shop starts our list, other noteworthy art and design documentaries have been released in the past few years.

Amateur filmmaker Thierry Guetta’s project to chronicle the underground world of street art takes a fascinating twist when he meets Banksy, an elusive British stencil artist, in this Oscar-nominated documentary. Unimpressed with Guetta’s footage, Banksy takes over filmmaking duties while Guetta reinvents himself as a street artist and — much to Banksy’s surprise — immediately becomes a darling of the Los Angeles art scene. [via netflix] 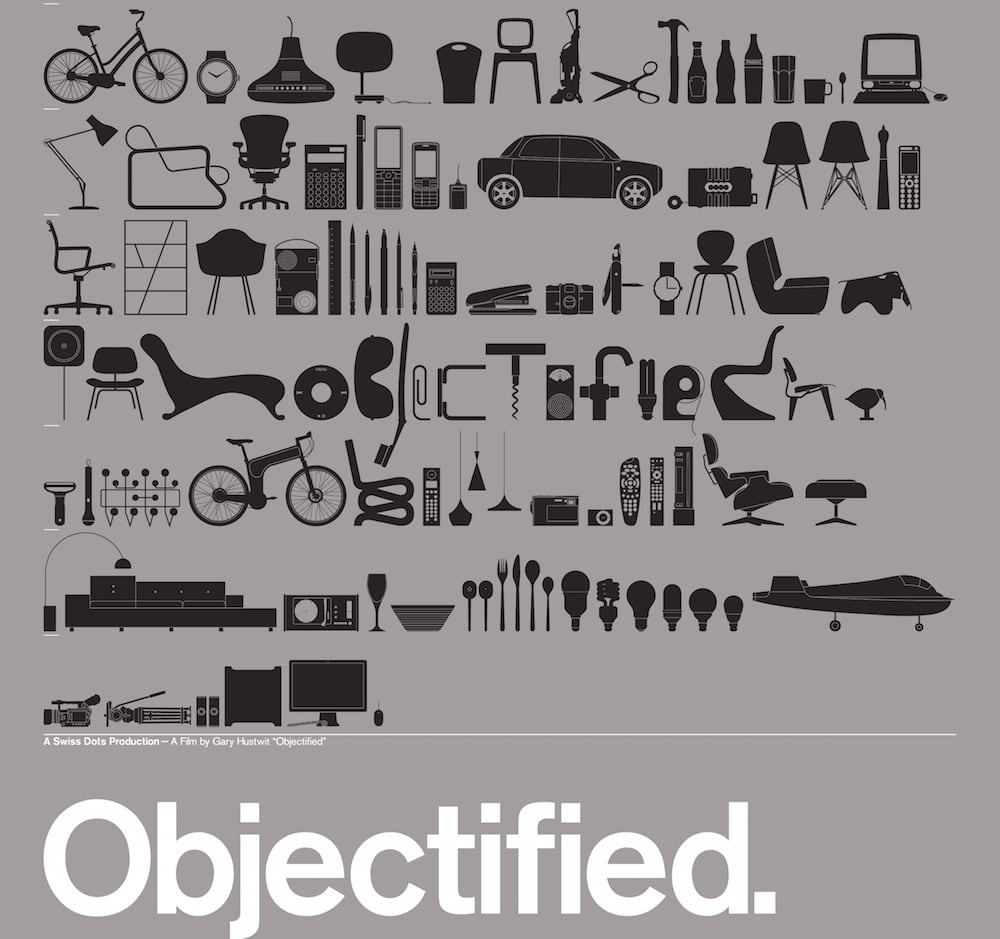 Discover how manufactured objects that surround us such as cars, phones and chairs influence our daily lives with this revealing documentary, which features top industrial designers discussing their creative processes and professional objectives. Director Gary Hustwit (Helvetica) explores not only how objects get made, but also why they make us feel the way they do and how they can make our world better. [via netflix] 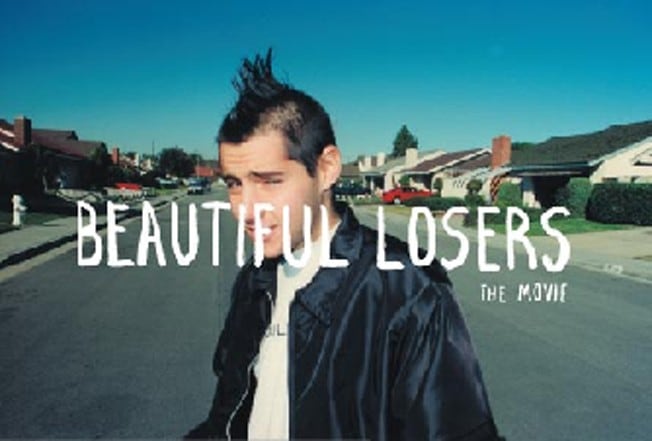 In this absorbing documentary, filmmaker Aaron Rose explores the world of a group of underground artists who began influencing areas from fashion and film to music and pop culture in the early 1990s. With outsider art elements such as graffiti, skateboarding and street music, these mavericks redefined creativity. Interviews with Shepard Fairey, Margaret Kilgallen, Barry McGee, Jo Jackson and others shed light on this remarkable movement. [via netflix] 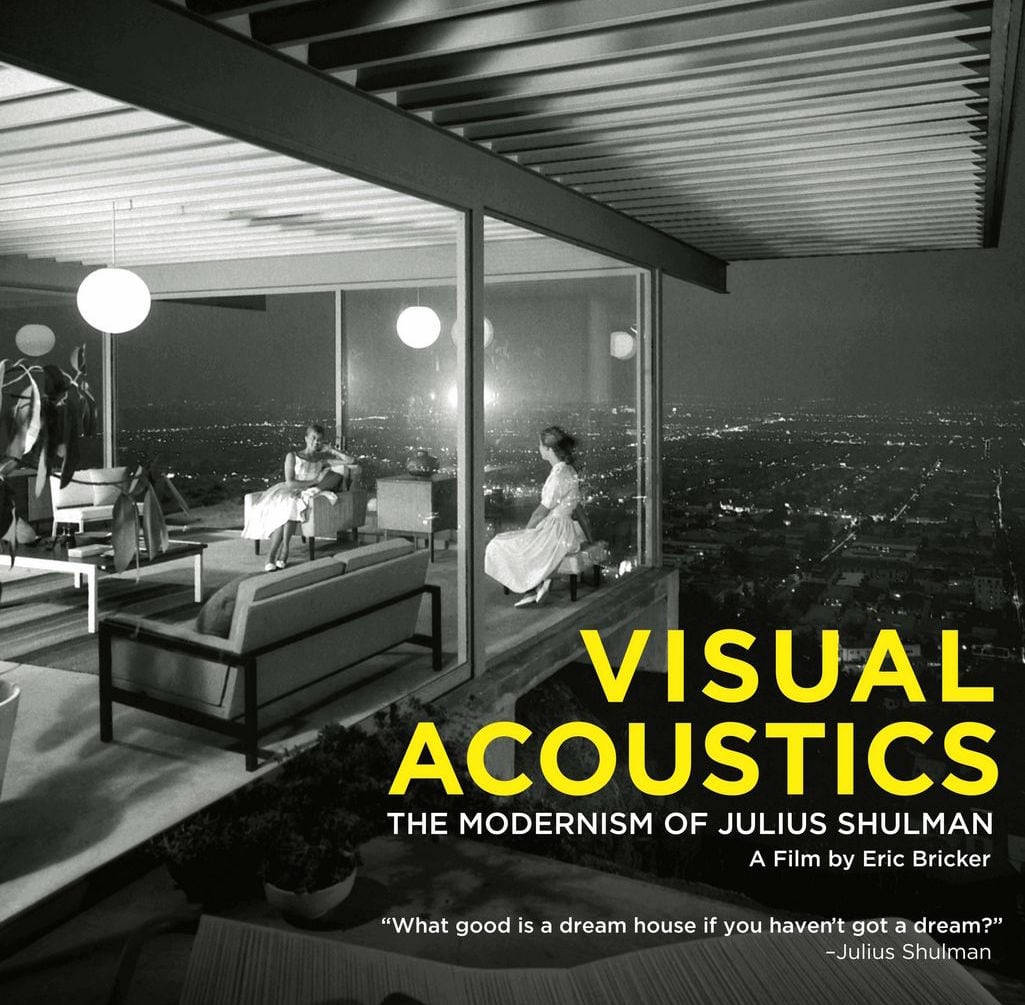 Filmmaker Eric Bricker directs this fascinating documentary about the life and times of architectural photographer Julius Shulman, whose work is known for helping to launch the careers of giants like Rudolf Schindler and Frank Lloyd Wright. With insight from fellow architects Frank Gehry, Ricardo Legorreta and Shulman himself, Bricker’s effort illuminates the legendary artist’s gift for capturing space, form and design. [via netflix] 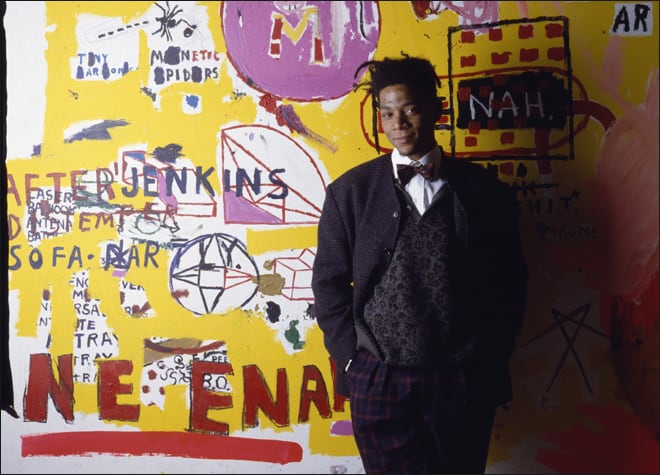 Controversial, charismatic artist Jean-Michel Basquiat is the subject of this insightful documentary from director Tamra Davis, who has uncovered a never-before-seen interview with the artist conducted before his untimely death at the age of 27. Also featured are numerous interviews with people who knew and loved Basquiat, a survey of his thought-provoking artworks, little-seen archival materials and footage of the artist at work in his studio. [via netflix] 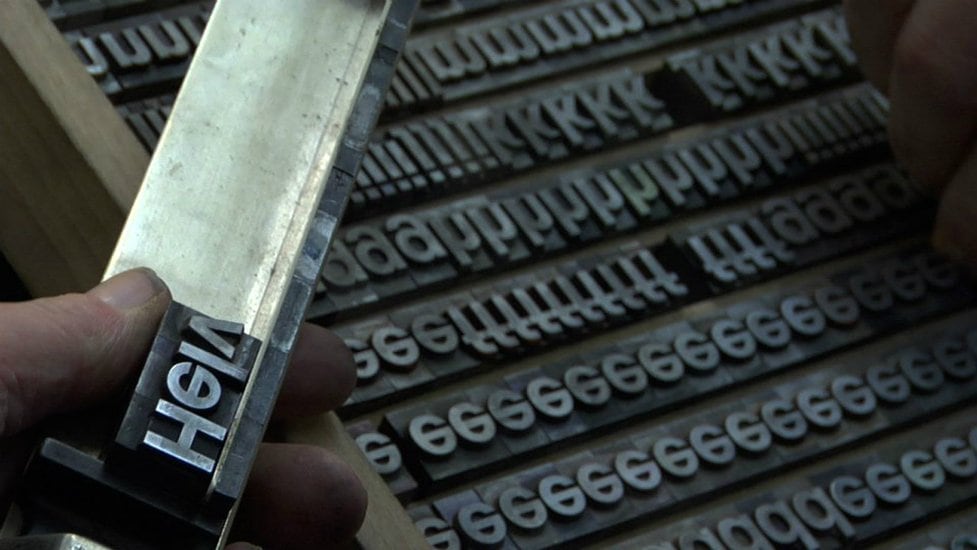 We use it every day on our computers, we see it on street signs — and we take it for granted. Now, Gary Hustwit’s unique documentary introduces us to Helvetica, a font whose readability has made it the most popular in the world. Interviews with designers and artists offer insight into the development, use and universal acceptance of Helvetica as the typeface of choice for everything from writing letters to creating corporate logos. [via netflix] 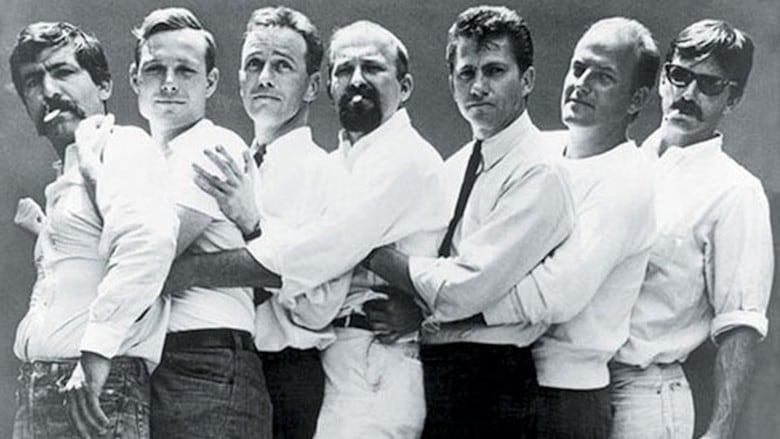 In the late 1950s, when Pollock and de Kooning were being hailed as revolutionary artists in New York, Los Angeles was still dealing with a blacklist that gutted creativity in all media. This is the story of the two men who changed all that. Recording a pledge on a hot dog wrapper to open a cutting-edge gallery, Walter Hopps and Ed Kienholz took the West Coast art world by storm, embracing artists from Marcel Duchamp to Andy Warhol. [via netflix] 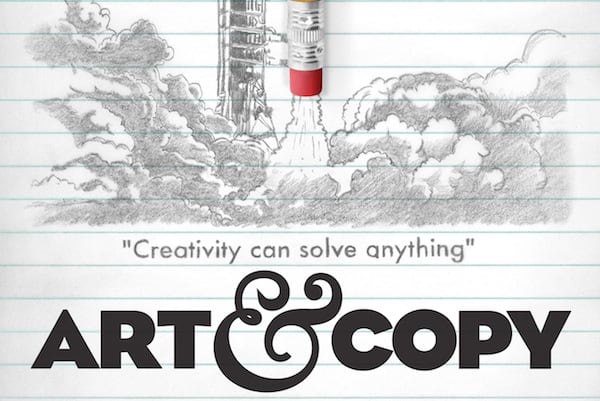 Explore the fascinating and sometimes mysterious world of advertising with this compelling documentary from filmmaker Doug Pray that features a host of interviews with some of the biggest names in the business. Meet the talented minds who created taglines forever embedded in the American psyche, including “Just Do It,” “Where’s the Beef?” and “Got Milk?” Hal Riney, Ed Rollins and many others share their insights. [via netflix] 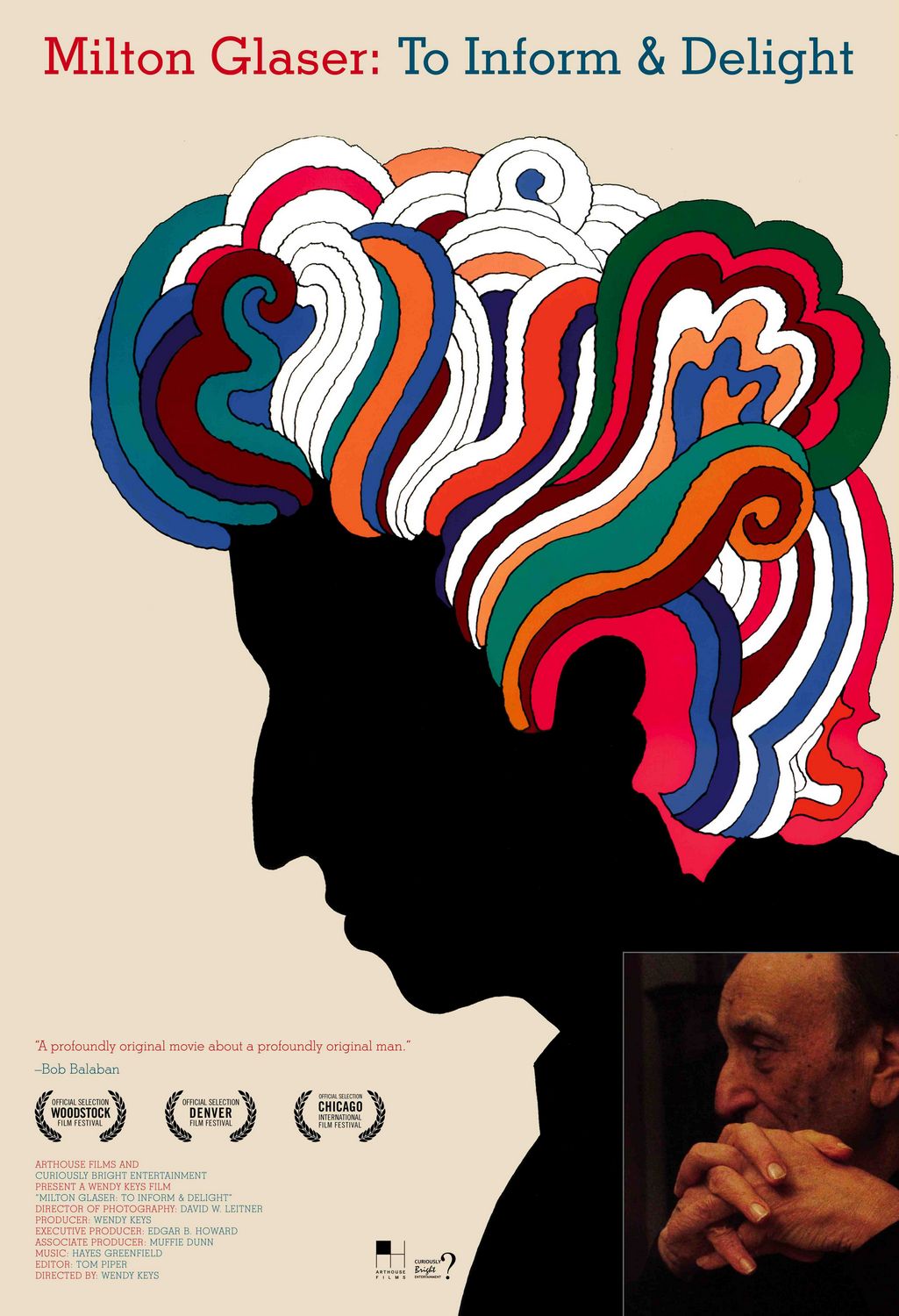 His name might not be very familiar, but the works of graphic artist Milton Glaser — whose prolific output includes the “I Love NY” ad campaign, as well as album covers for Townes Van Zandt and Nina Simone — are recognizable to many. Revisiting the famed paintings, drawings, logos, prints, posters and other works by Glaser, filmmaker Wendy Keys creates a rich and engaging mosaic of a key figure in American iconography. [via netflix]

3. Citizen Architect: Samuel Mockbee and the Spirit of the Rural Studio (2010) 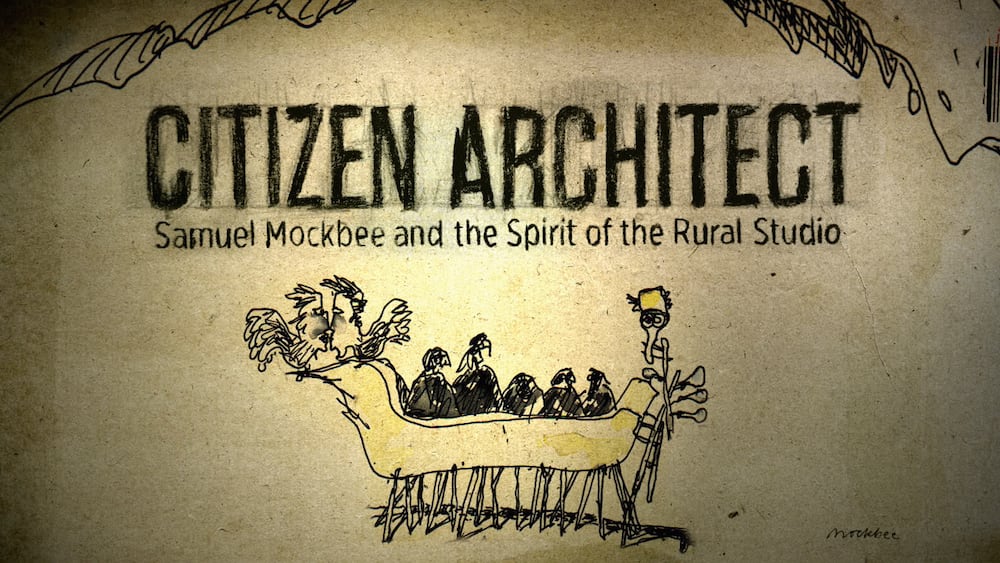 This documentary spotlights Samuel Mockbee, whose Rural Studio program encourages a new generation of architects to practice their trade in a socially positive way, by having students design and build homes for poor residents of Hale County, Ala. The crew building a house for spirited R&B fan Jimmy Lee Matthews is soon beguiled by their charity case. Interviews with architectural experts present endorsements and criticisms of Mockbee’s approach. [via netflix] 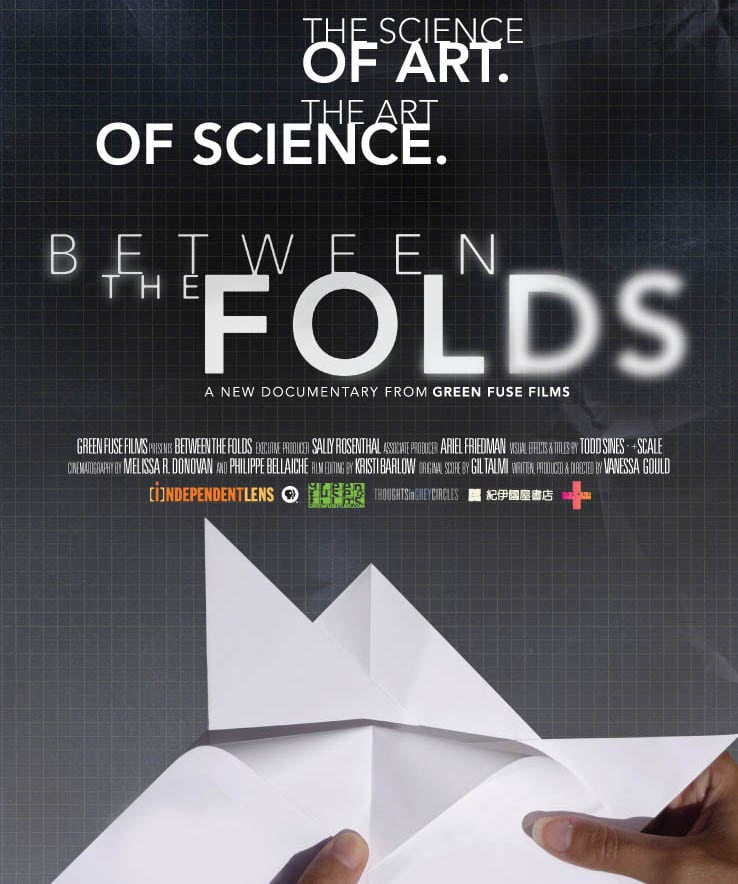 Filmmaker Vanessa Gould takes you on a provocative odyssey into the mesmerizing world of modern origami, where artists and scientists use the ancient art form to craft works of delicate beauty and to model cutting-edge mathematical theories. Pushing the envelope of origami to include caricatured portraits and elaborate abstract designs, these experts examine how paper folding can reveal the profound connection between art, science and philosophy [via netflix] 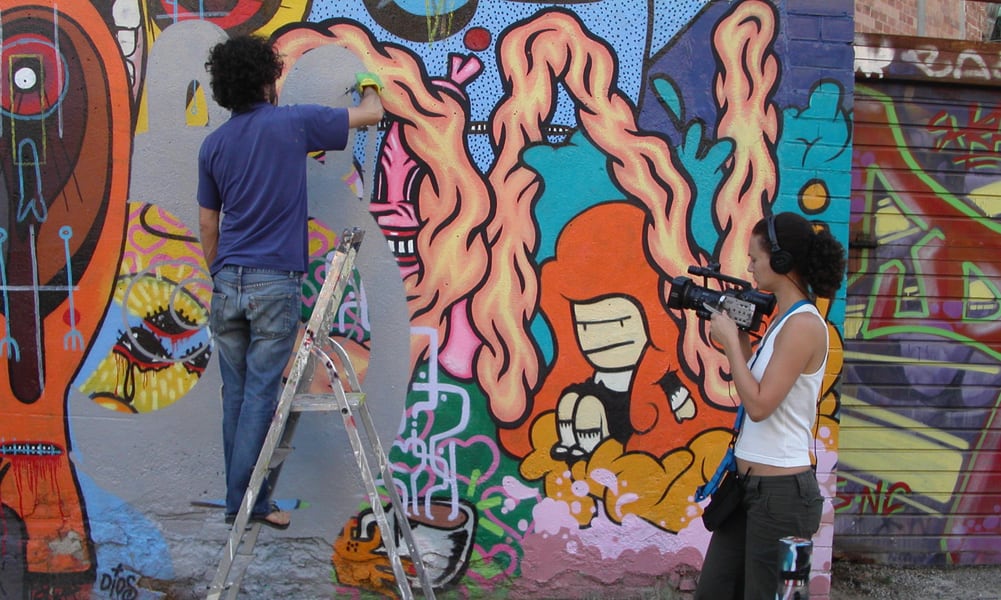