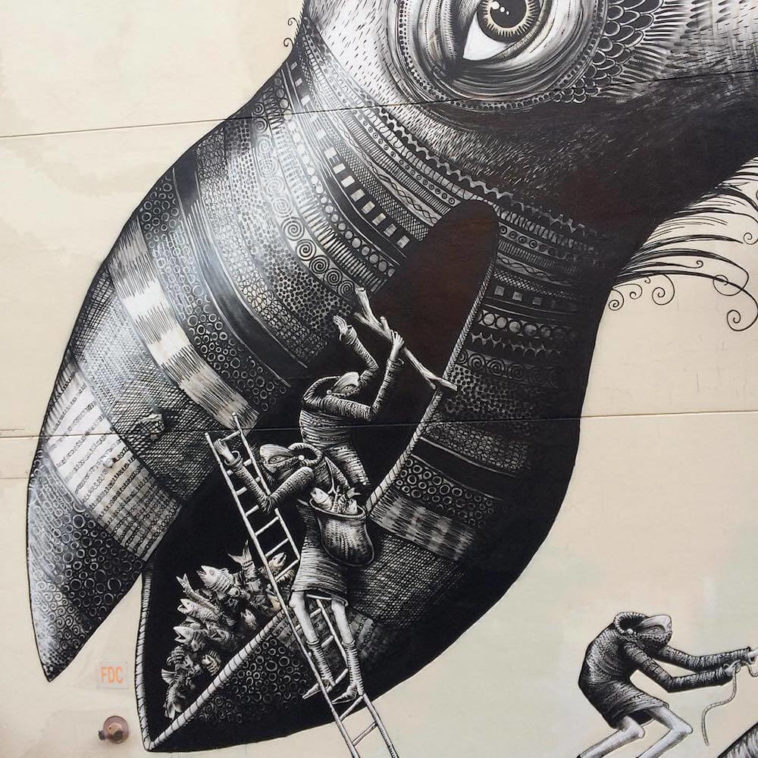 Last month, Sheffield-based artist Phlegm revealed his most recent mural, a 5-story tall robot on Chapel Street in Melbourne, Australia. The mechanical monster hides a village, or maybe a whole world, beneath its metal scalp, and that it reveals while simultaneously dangling a lantern over the homes below. To create the job, Phlegm worked together with the construction‘s mechanics, repurposing a flashing car park light close to the structure’s third floor into a beating heart because of his large scale guest. You may see more of this muralist’s white and black illustrative pieces in the previous year in Manchester, Florida, Oslo, and Toronto, in addition to a time-lapse movie of his Melbourne-based robot mural, below. 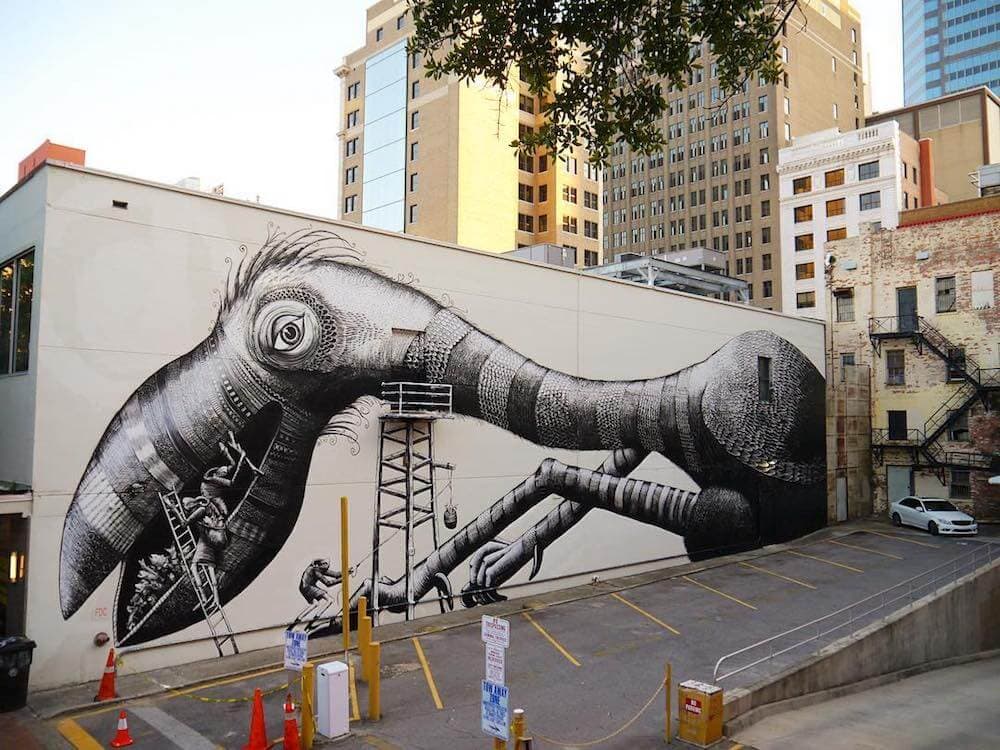 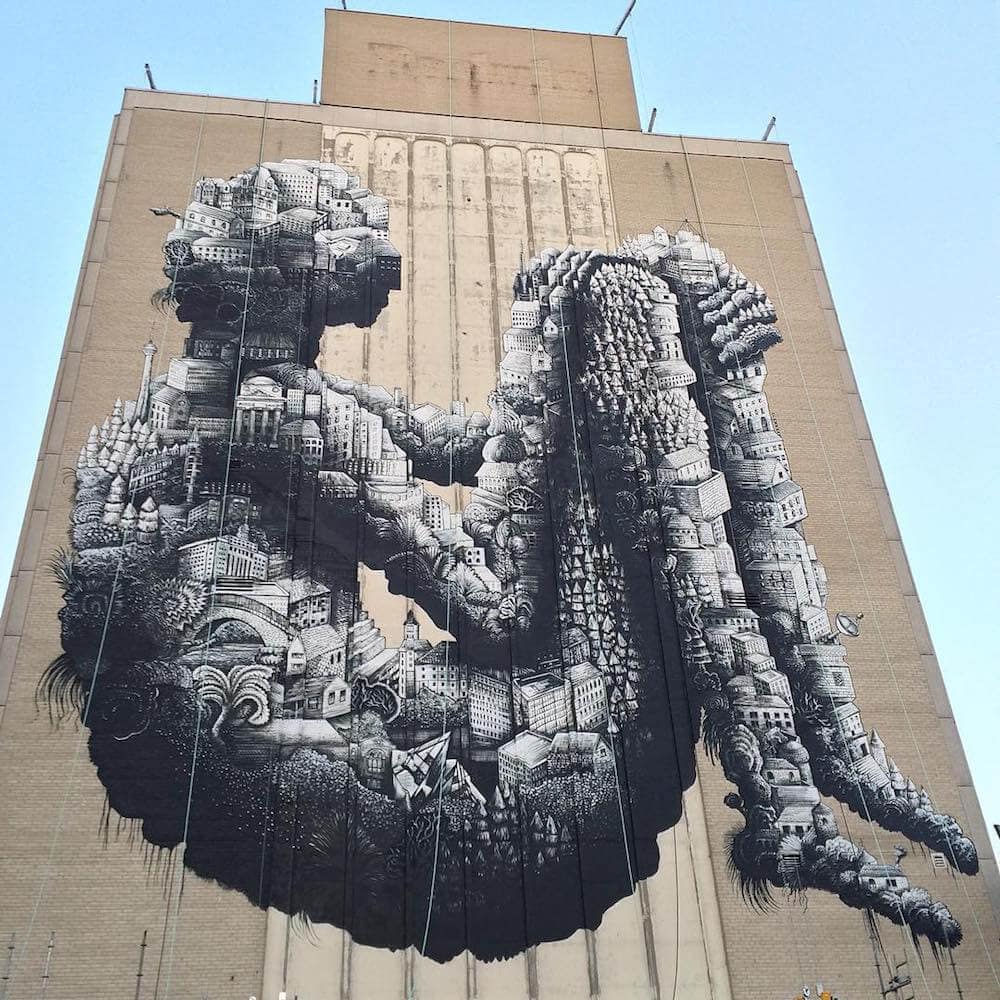 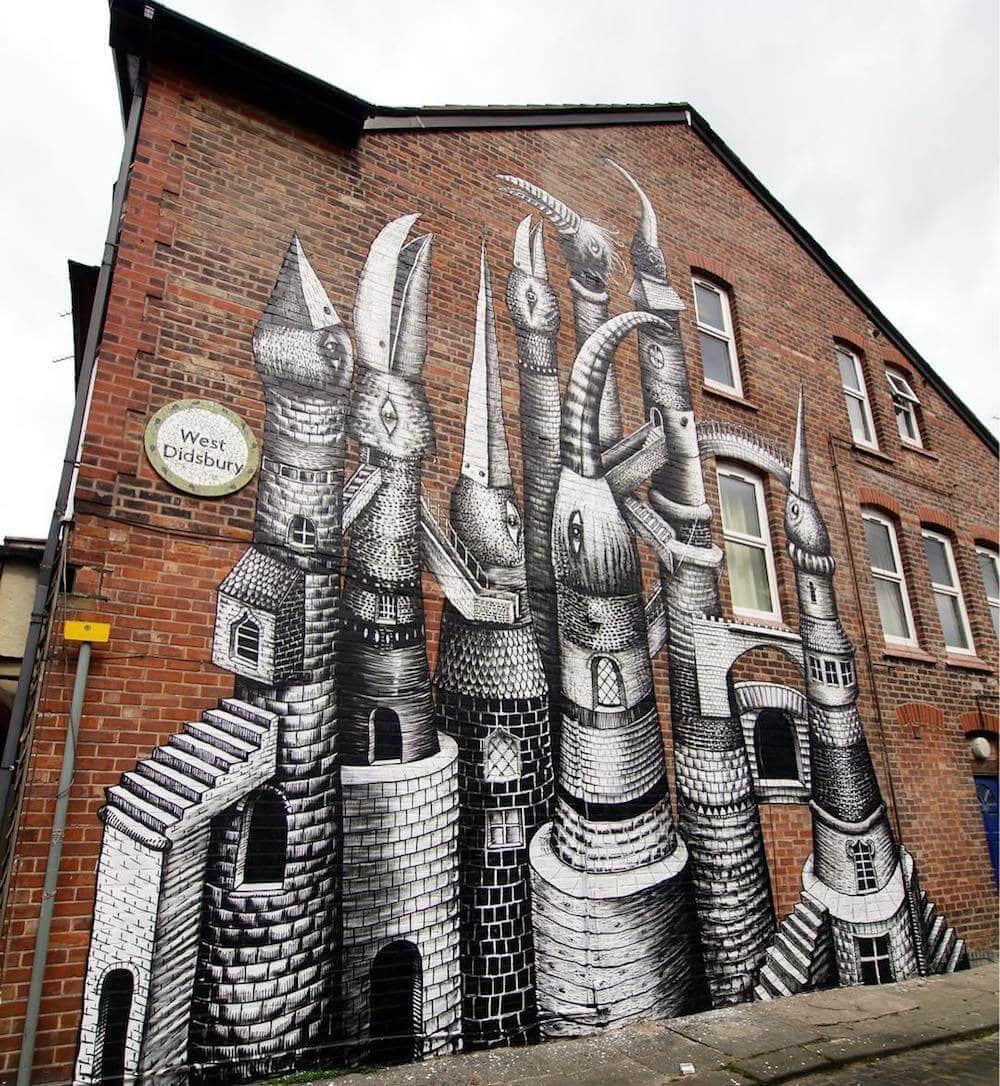 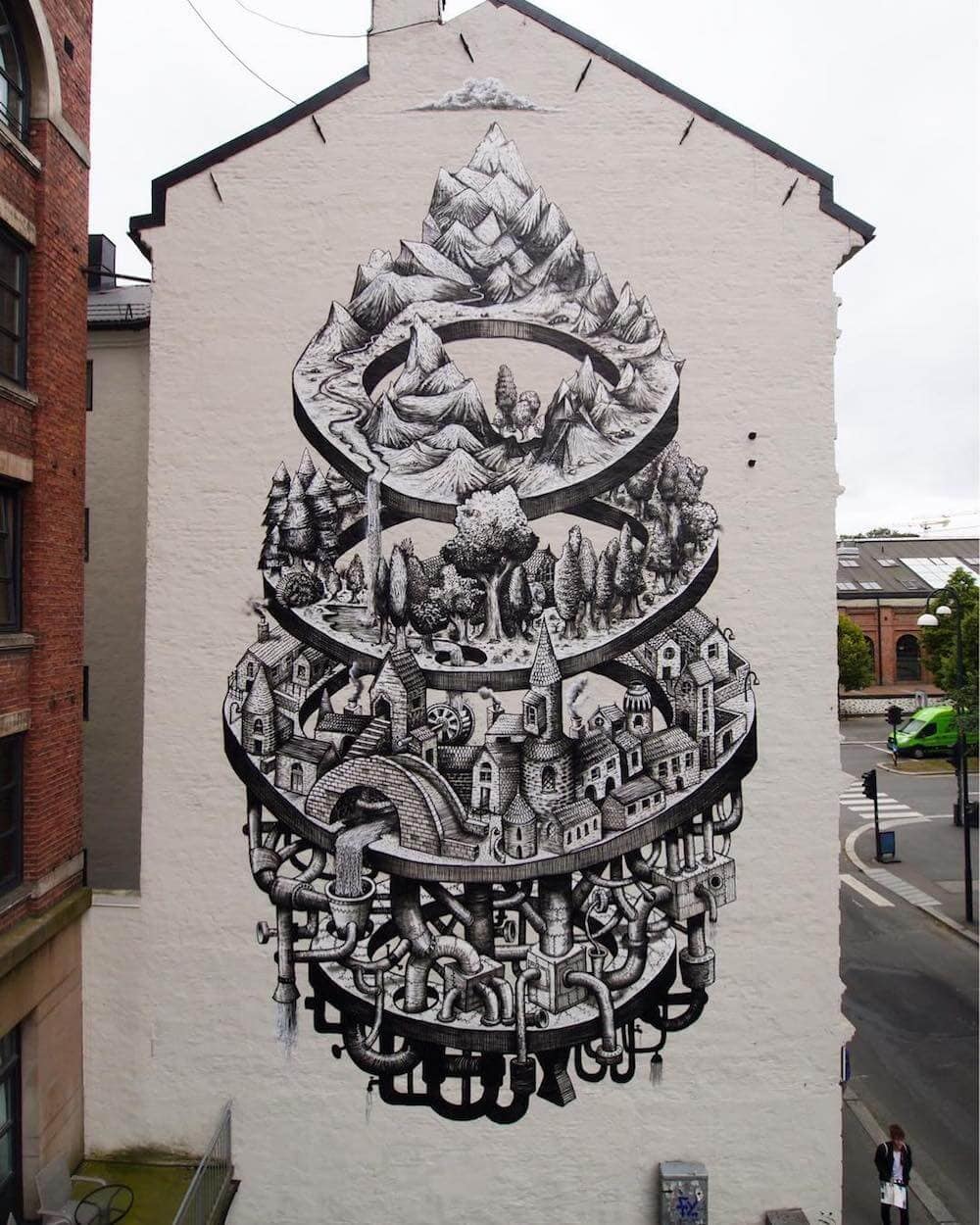 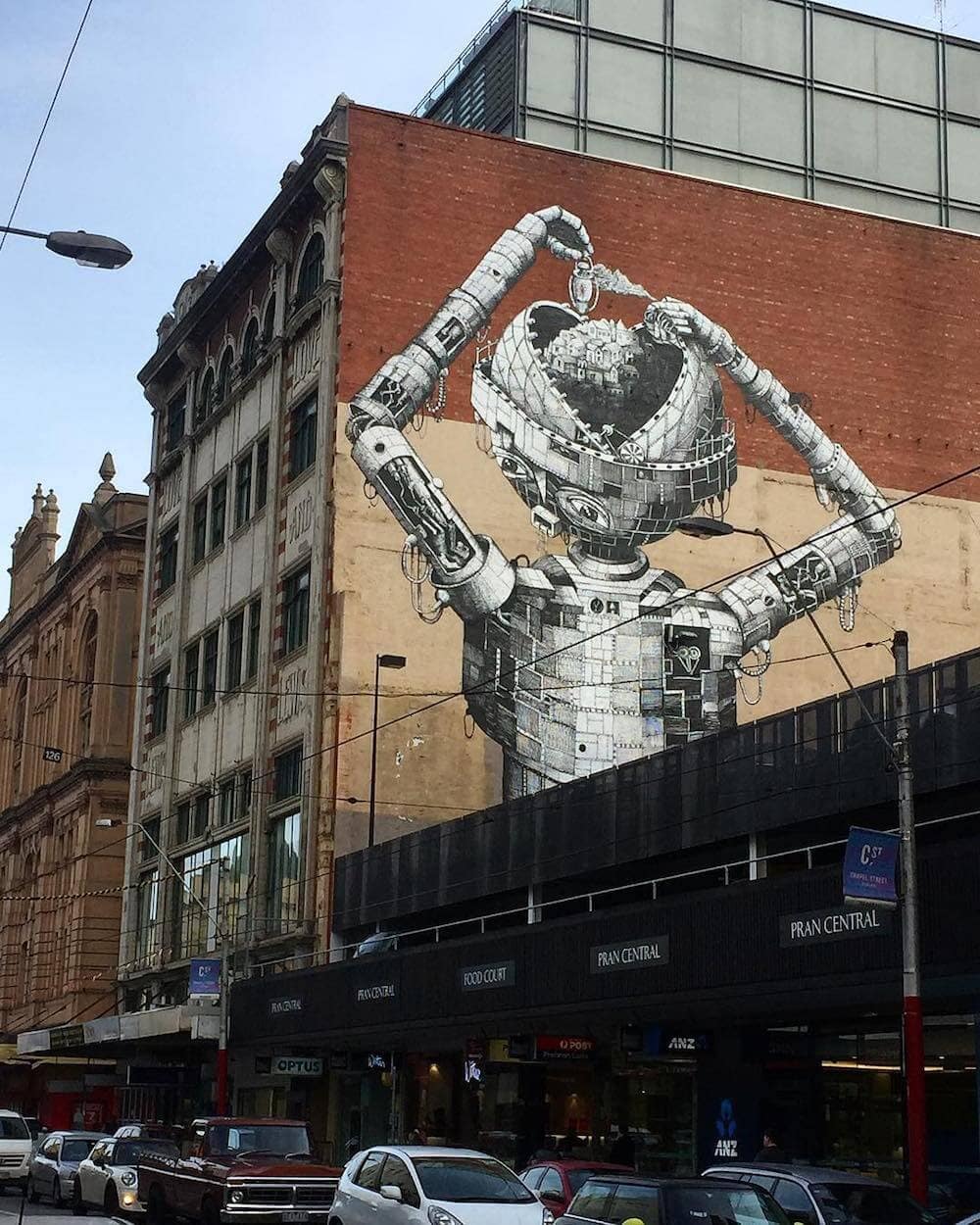 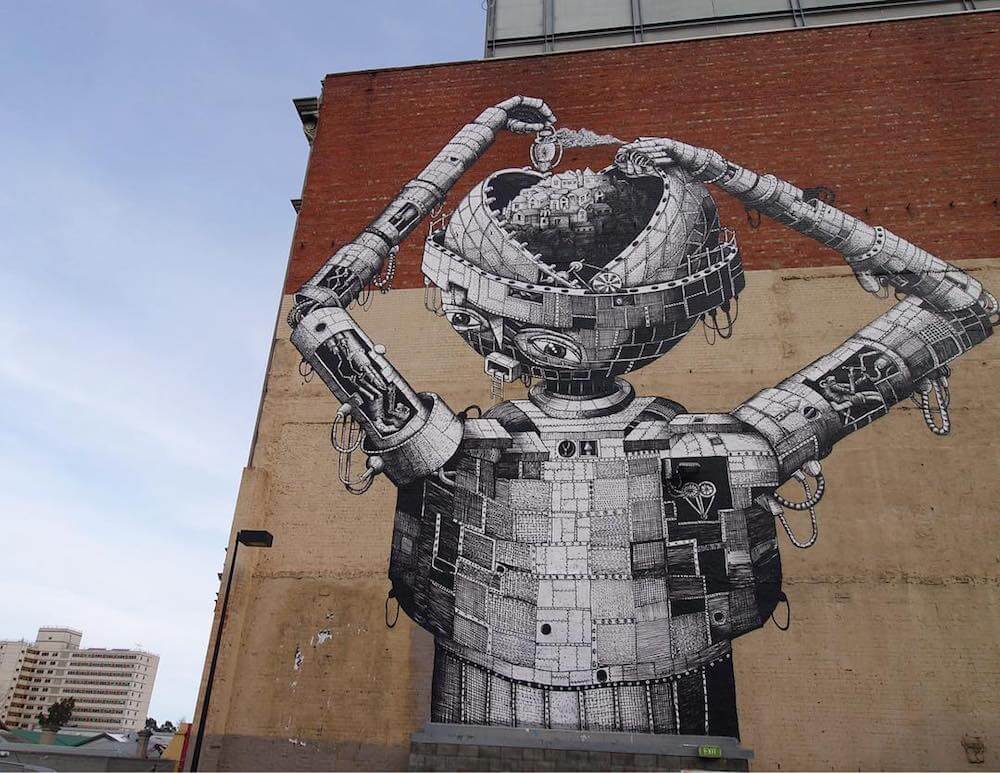