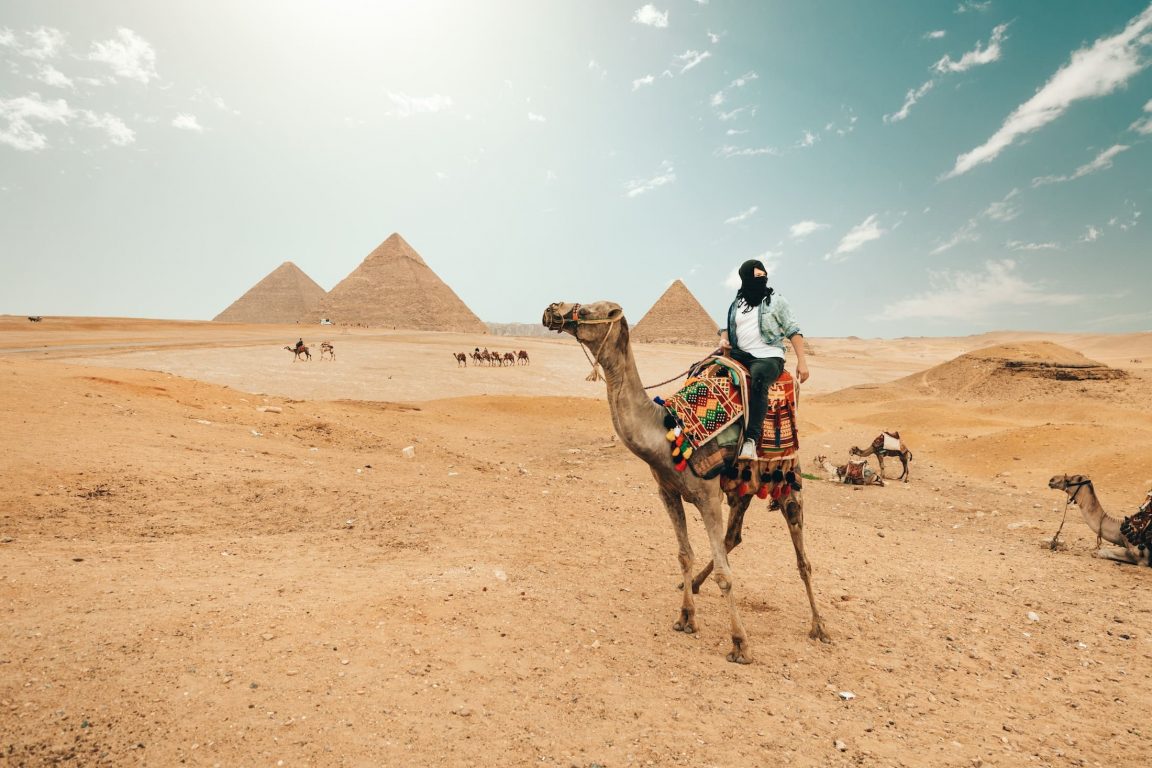 Photo by Spencer Davis on Unsplash

There is no doubt that Egypt is the country dreamed of by many travelers. A special country for its history, embodied in its architecture, its culture and its people. So full of contrasts that it does not leave indifferent: the monotony of the desert that breaks with the majesty of the pyramids and the arid landscapes as a whole that ends in the fertile lands of the Nile. All this without forgetting the immense cultural differences that separates us, despite of sharing the same Mediterranean Sea.

Egypt is the destination par excellence of many and the most longed for by others. There are travelers on who do not dare to visit it and others who, instead, repeat every several years. If this is your first trip to Egypt, we suggest investing in a guided 14 day Egypt tour so you can soak up all the sites and information possible. There is much to know in Egypt, but what you cannot miss are these must-sees of Egypt that we tell you now in Travel and Exchange, focusing the trip in three stages: from Cairo, from Luxor and from Aswan, which are also the three most important airports in the country.

Number 1 and the most obvious. To speak of Egypt is to immediately think of these immense architectural works, studied for decades, full of mysticism and keys to the civilization of Ancient Egypt, which was unified in 3150 BC, under the mandate of the first pharaoh, and ended in 31 a. C. with annexation to the Roman Empire.

The most emblematic monuments of this civilization are the three pyramids of the Giza necropolis, built by the pharaohs of Dynasty IV: Cheops (Jufu), Chephren (Jafra) and Micerino (Menkaura). How not to visit the Great Pyramid (Pyramid of Cheops) which, in addition, is the only wonder that endures of the seven of the Ancient World.

Luxor is located in the ancient city of Thebes. When you’re in Luxor, you probably realize why it is considered the largest open-air museum in the world. And inside this huge museum, there are several must-sees: on one side of the Nile are the temple of Luxor and that of Karnak. And if you cross the river, you will arrive, in this order, to the Colossi of Memnon, the funeral temple of Hatshepsut and the Valley of the Kings. There is also the Luxor museum and the mummification museum.

One of the most important places in Aswan is Abu Simbel. It is not easily accessible as we will need about 4 hours to arrive, leaving in the morning, very early. Although the early bird is also worth seeing the sunrise in the desert going to Abu Simbel.

By boat on the Nile, from Luxor to Aswan

The three reference cities of every visit to Egypt are on the banks of the Nile and you can fly between them, but it is also interesting to make some section, or the whole journey, sailing along the Nile. Depending on the time you have and your budget, you can do it in a luxurious boat or in a traditional felucca.

If you opt for the full boat trip from Luxor to Aswan, before stopping in Edfu, where you can visit the Temple of Horus, you will pass through the Esna Lock. Then, shortly before arriving in Aswan, you may also be interested in the temple of Kom Ombo.

Much more to see in Egypt

Leaving these essential places and moving further away from Cairo, Luxor and Aswan, there is much more to see in Egypt. How not to mention the oasis of Dakhla or that of Siwa, Balat, Sharm el-Sheikh, Mount Sinai, Alexandria or Marsa Matruh and other places on the Mediterranean coast.

When do we go to Egypt?

The wonders of Egypt can be better enjoyed in certain months of the year. If you don’t want to see yourself among tourist masses and pay everything much more expensive, better avoid the high season months: from December to February. And not to melt, avoid the hottest: from July to September, although on the Mediterranean coast temperatures are milder in those months.

Is it safe to travel to Egypt?

Although Egypt was not considered a safe country for a while because of its revolts and clashes, now most tourist areas do not usually present problems. In every trip, we leave the space to which we are accustomed and any unforeseen event may arise, but in the case of countries like Egypt, we must take even more precautions. For this, it is essential to inform us of the updated situation of the places that we are going to visit before leaving for Egypt.

With regard to health, in most tourist areas, there is usually no greater problem than the hygienic conditions of food and water. The probability of having any inconvenience is also linked to the duration of the trip and to which areas are to be visited. To be calm, better travel with travel insurance.