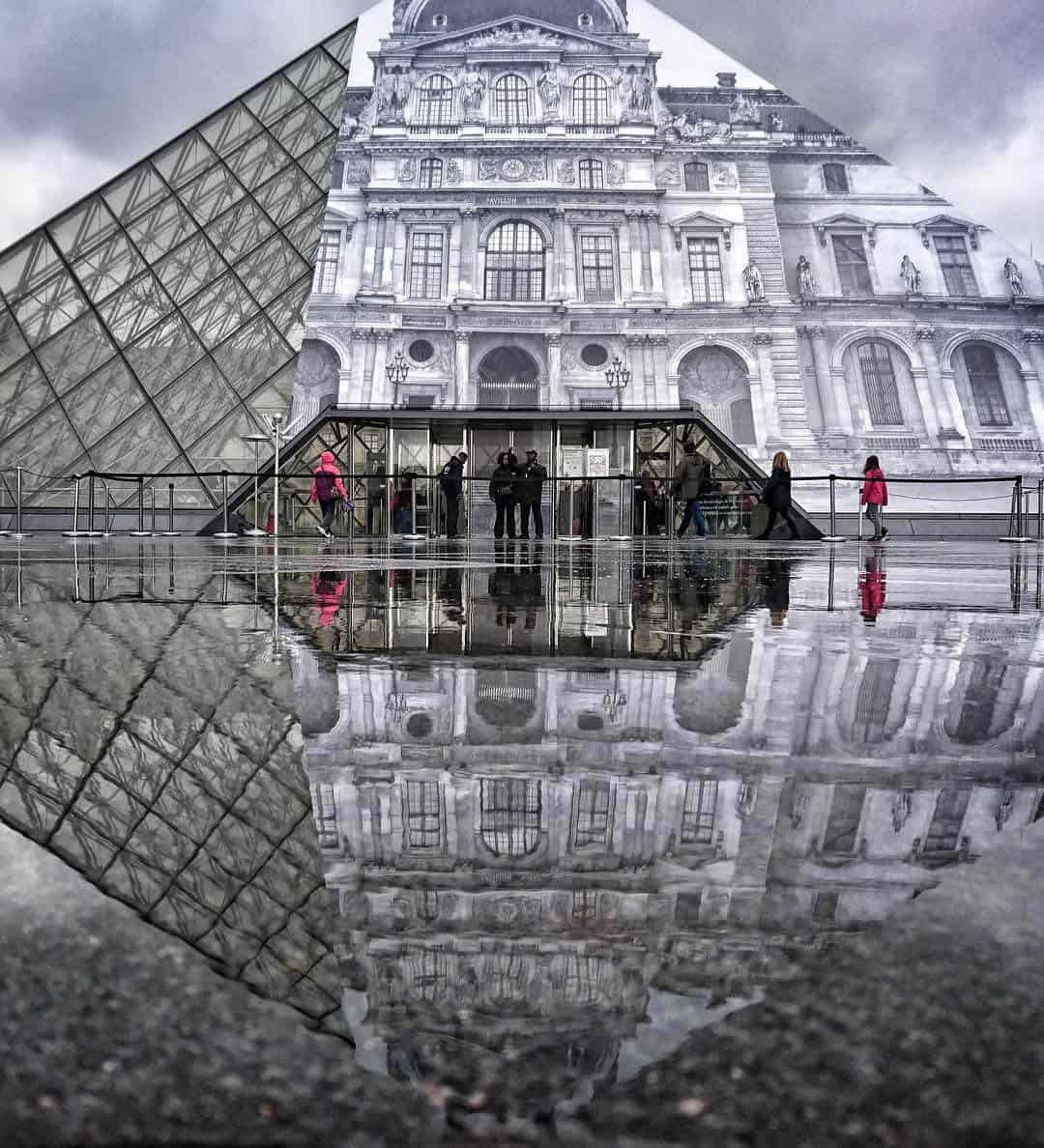 For his new show the extraordinary Ted Prize-winning French street artist and photographer, JR used his talent for large-scale photos to create a fantastic illusion in Paris. The piece is part of an event named “JR au Louvre,” and is composed of photographic prints of the museum itself adhered to the glass surface. When observed from just the right vantage point it forms an illusion of the pyramid seeming to vanish.

(translated) JR’s works leave no one indifferent because they are watching, deep within ourselves. His dramatic intervention fashion highlights the question of the role of images in the era of globalization and their multicast, the intimate sphere to mass use. Today prompted by “the greatest museum in the world”, JR sets his sights on one of its symbols, the Louvre Pyramid, to subject it to an anamorphic surprise.

JR is acknowledged for his large-scale public flyposting of black and white photos. The event involves a series of films, workshops, a music performance by Nils Frahm, and a dance performance by the New York City Ballet. 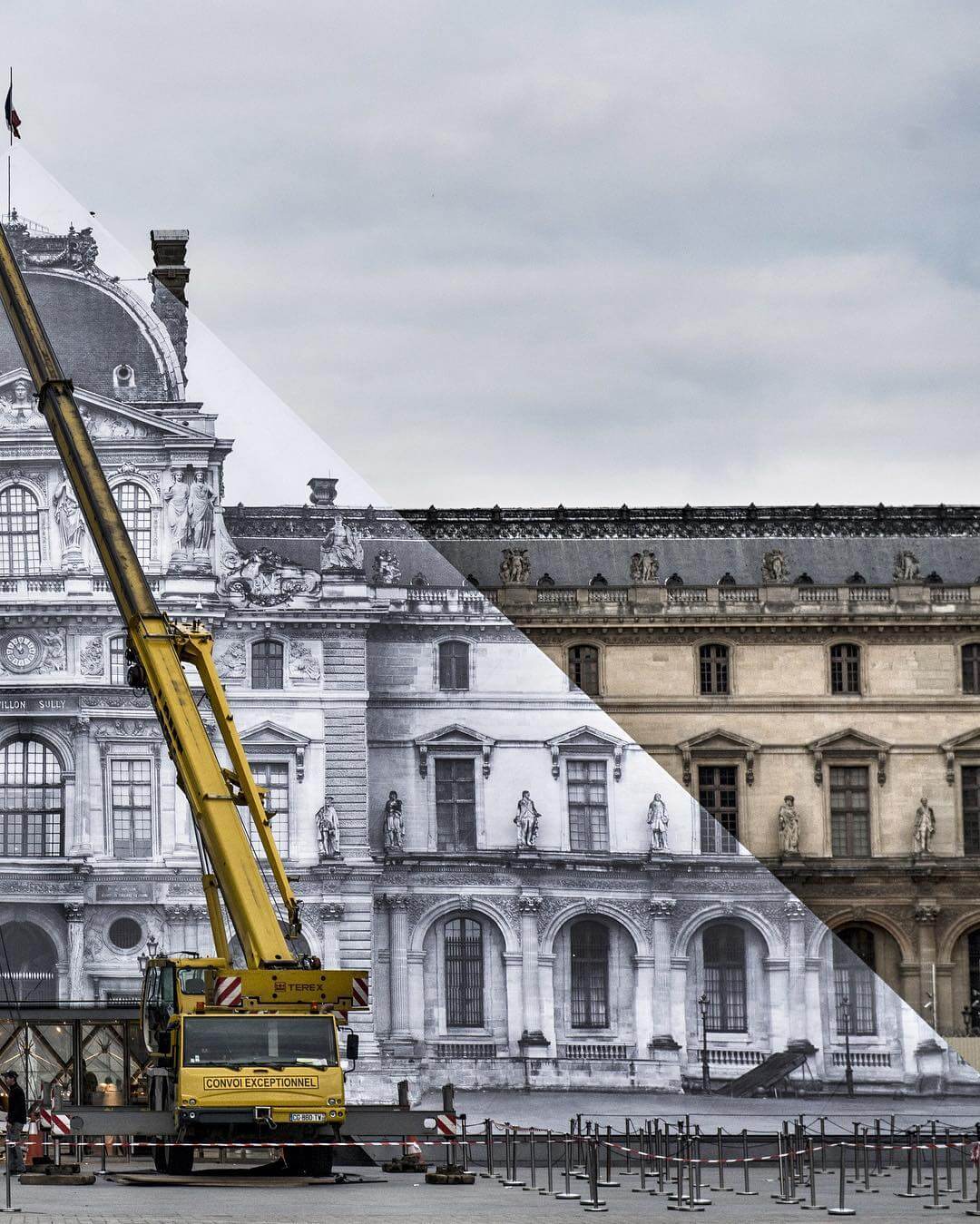 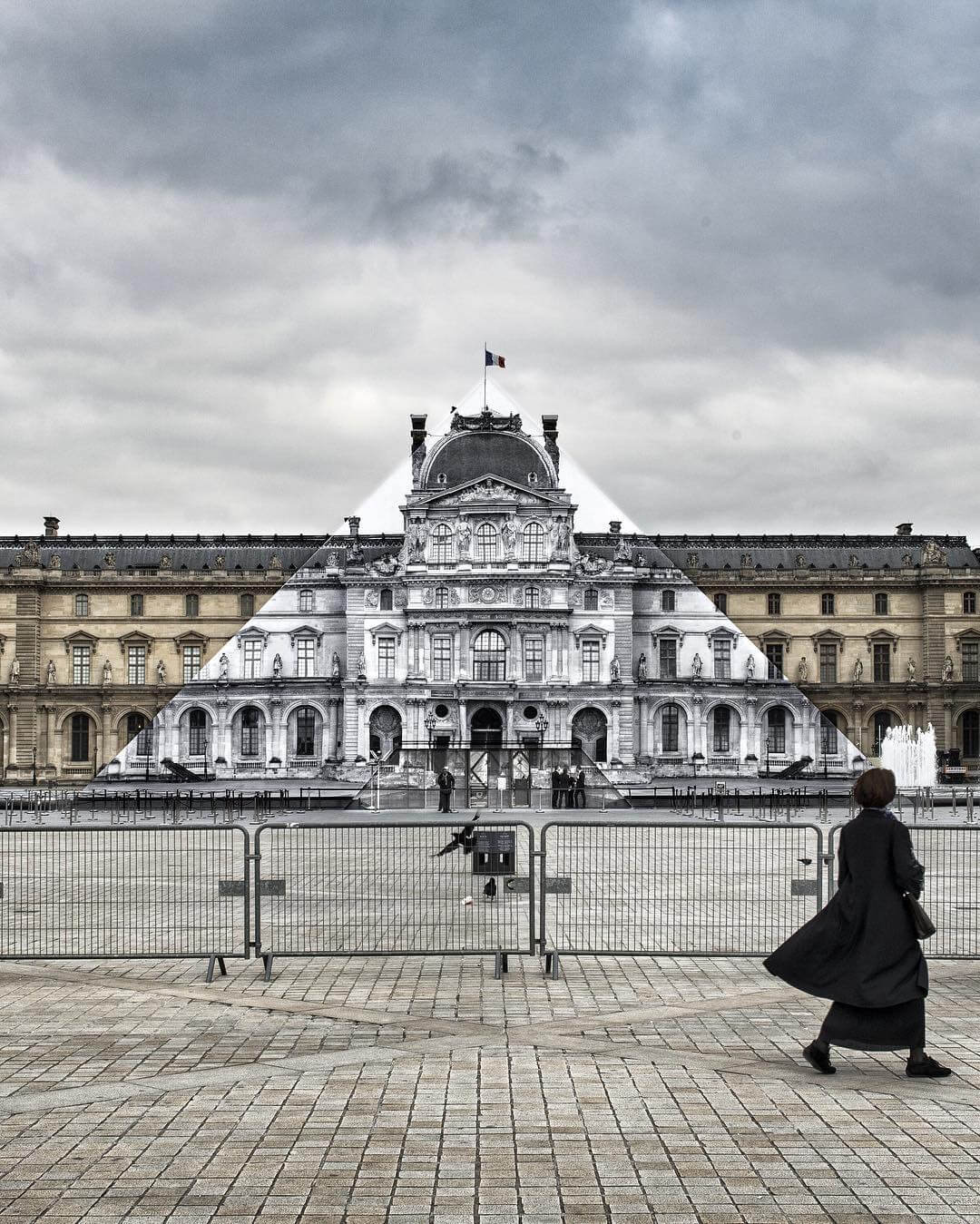 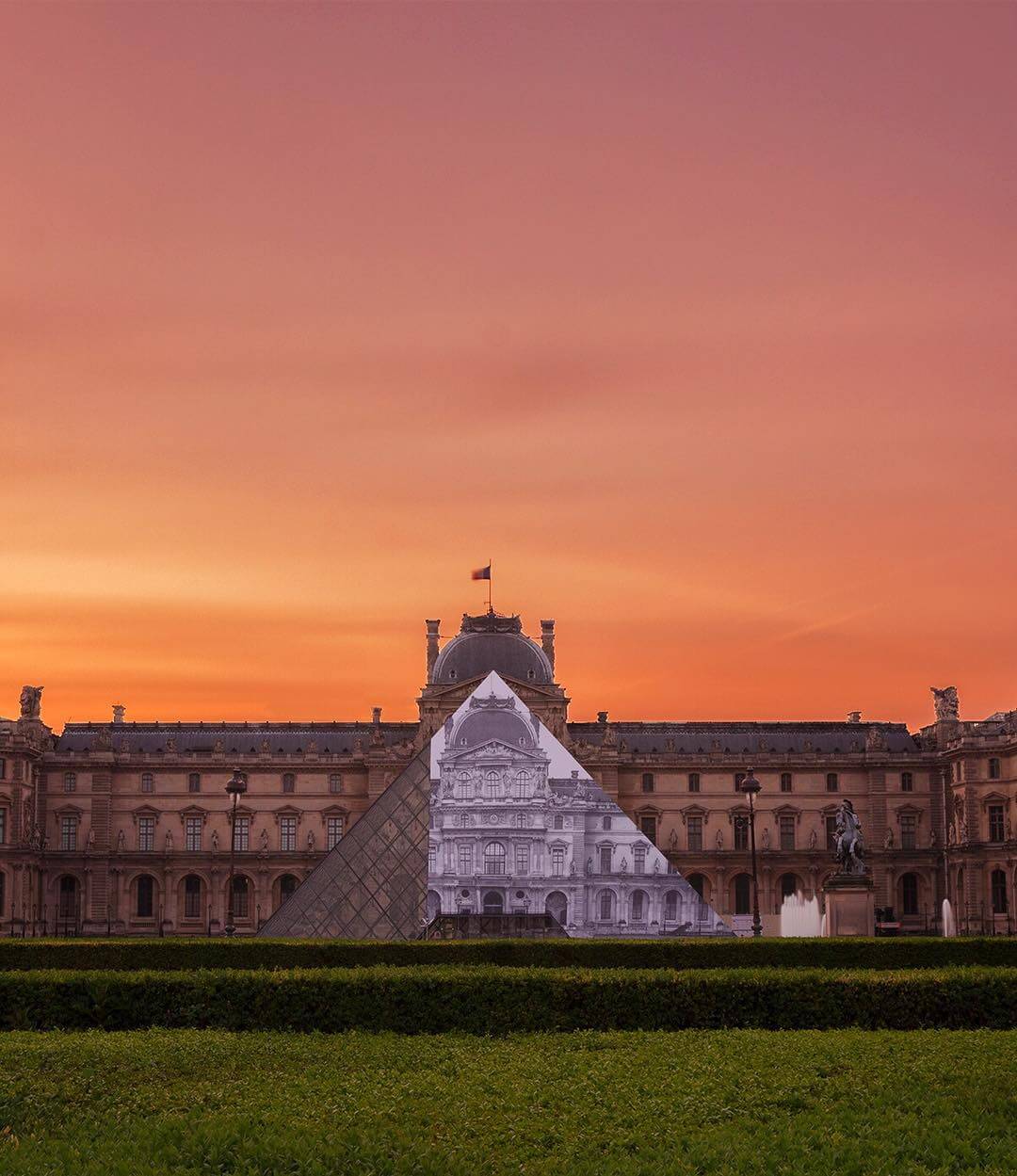