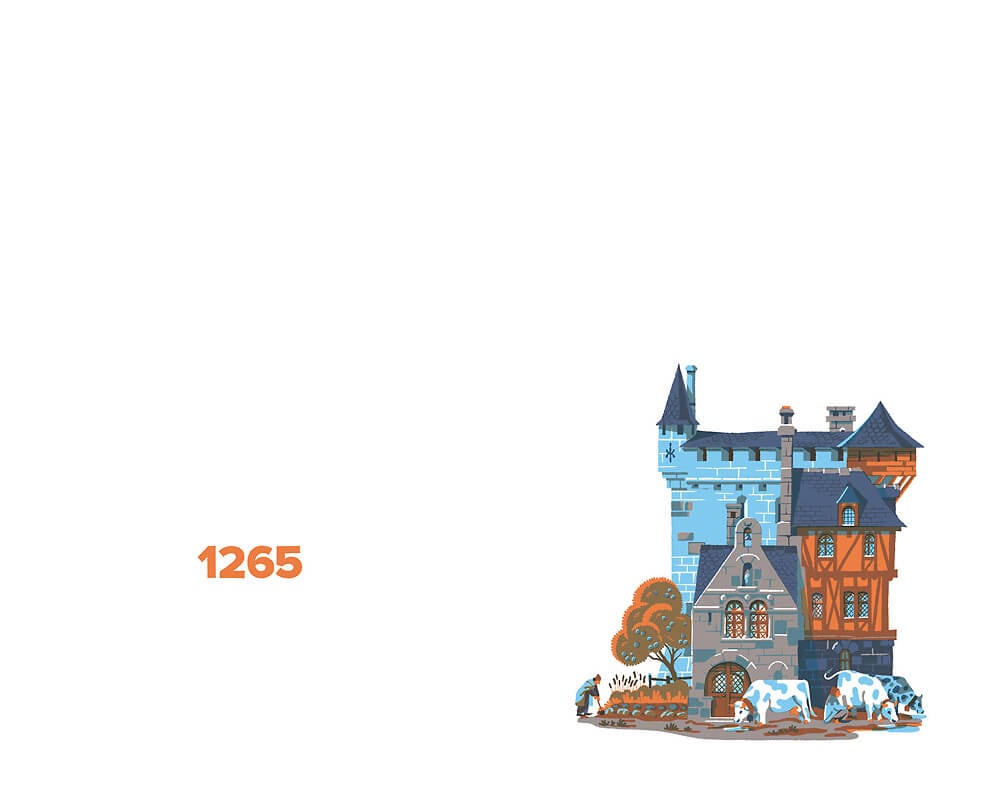 French illustrator Vincent Mahé has long been influenced by the stories that cities and their architecture offer to the observer, giving glimpses into our history. Wandering through the streets of Paris, Mahé started to develop the idea of designing a book that relied on imagery alone to tell the story of the “City of Lights.” This concept idea led to the creation of his visually rich 750 Years in Paris, a forthcoming book from Nobrow Press that concentrates on the growth of a building in one of the oldest parts of Paris, and how it has evolved over time.

The book begins in 1265, showing a simple stone structure that begins to grow, page by page. In 1348, Mahé included details indicating the destruction of the black plague in the city; 1789 gives a look at the French Revolution, and so on. For the artist, these architectural structures can tell us lot about a city’s history.

“Generations have lived here before us, they’ve walked on this very same pavement, they’ve been under that same sky,” he states. “They left us buildings, like testimonies from the past.”

750 Years in Paris is currently available to purchase through Nobrow Press. 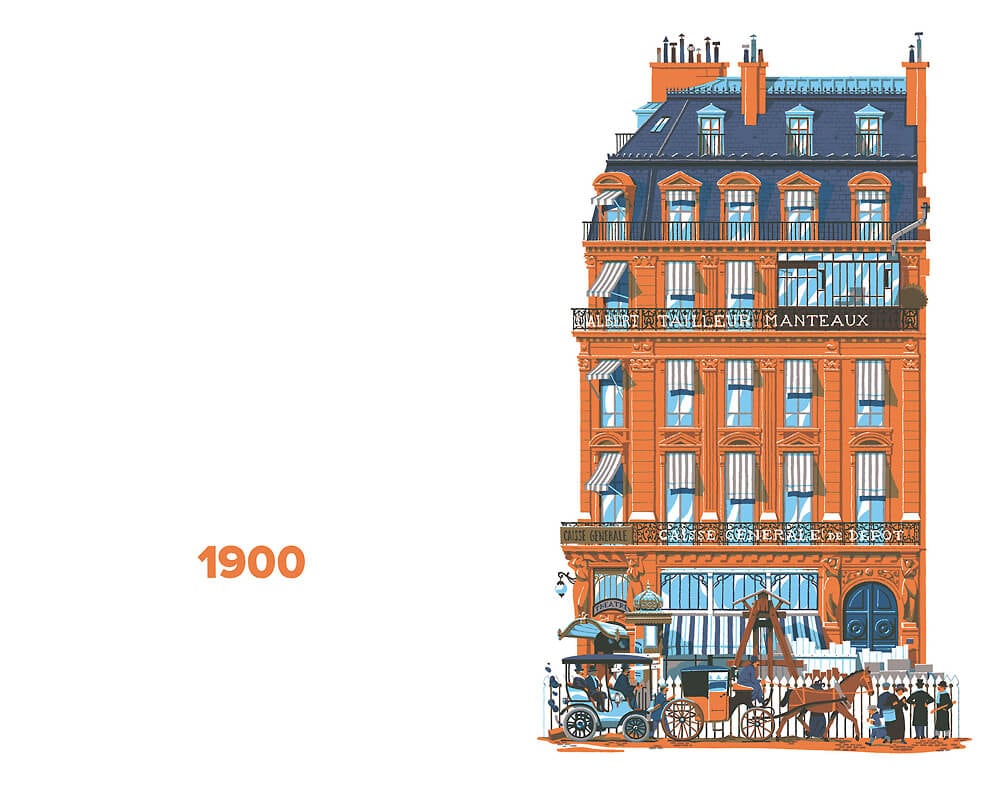 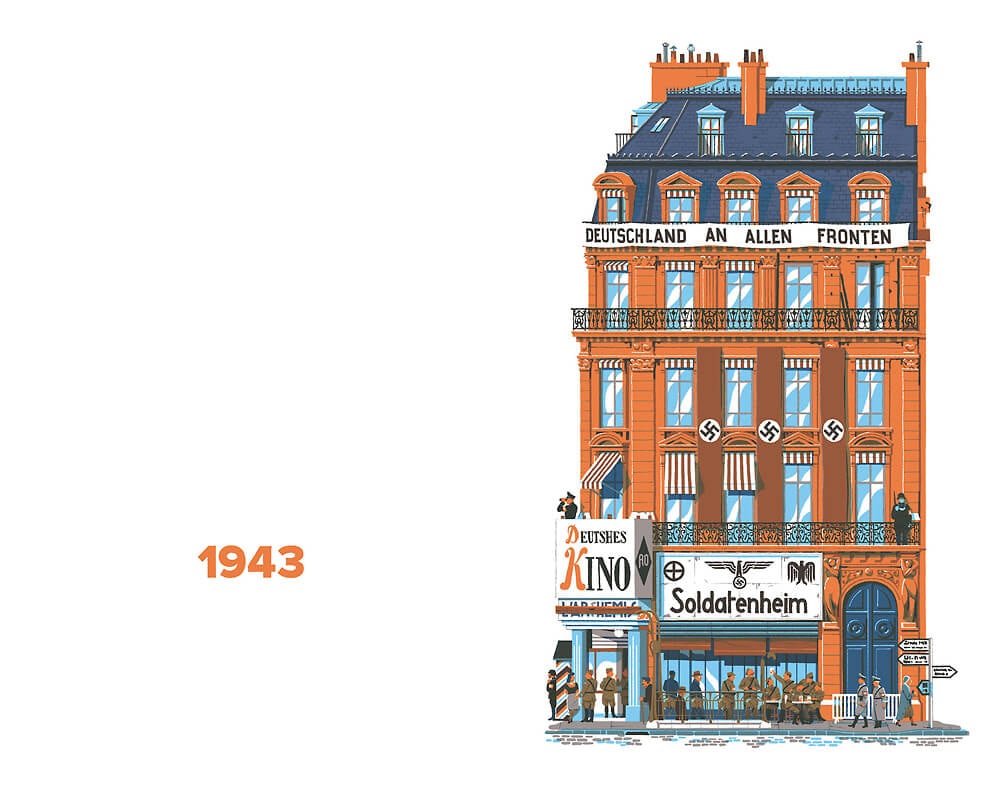 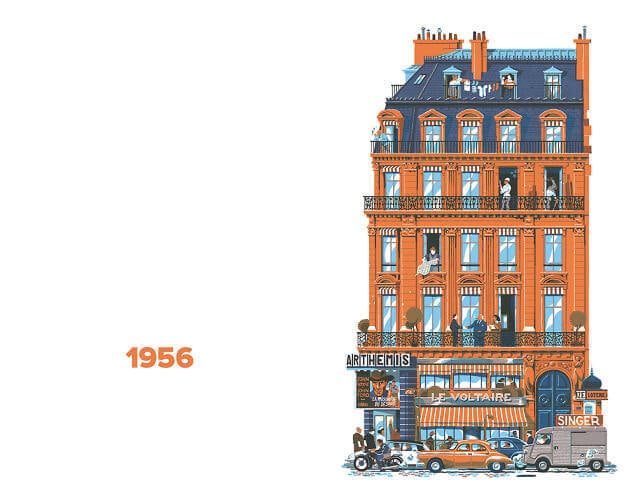 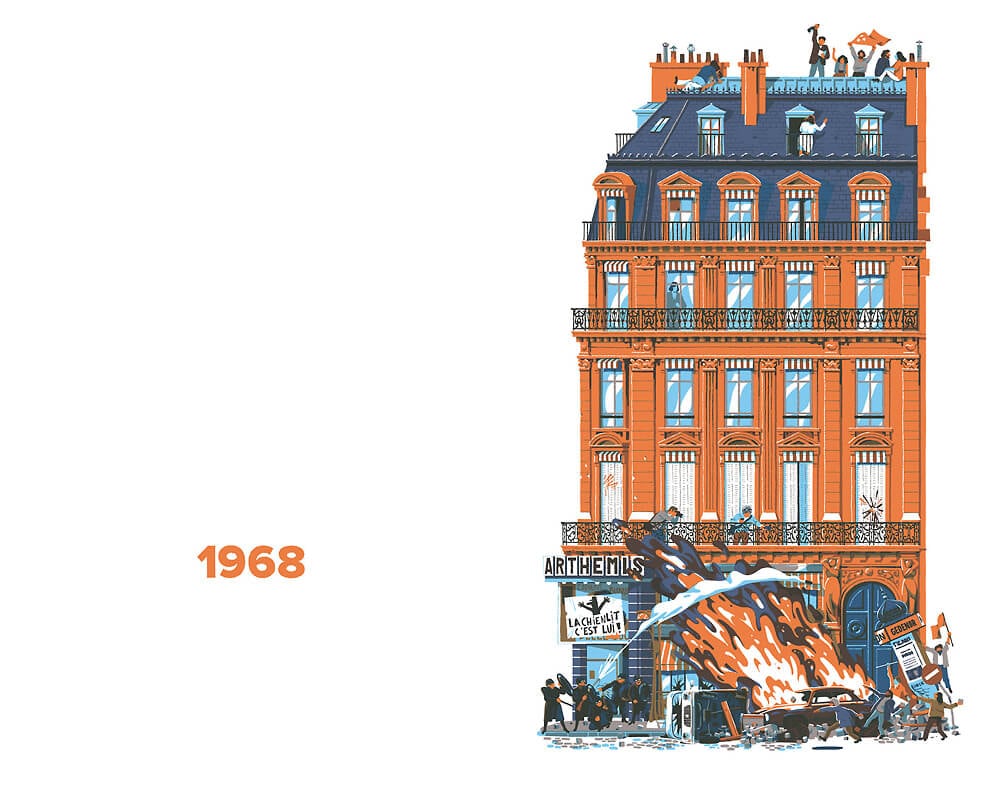 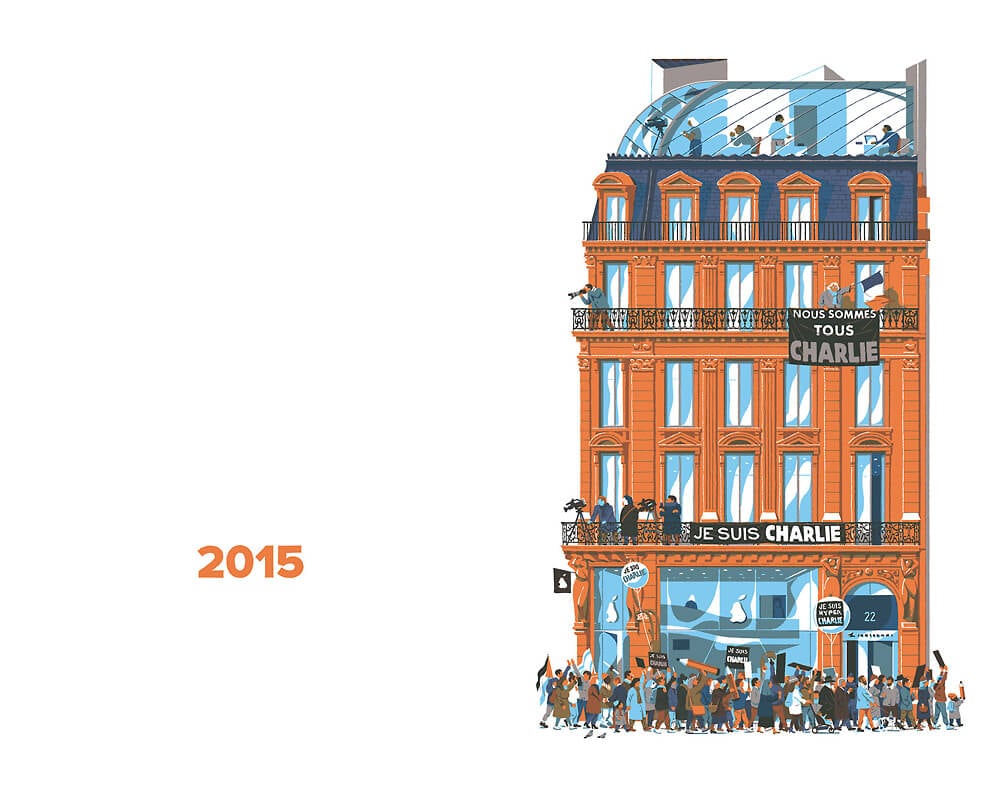