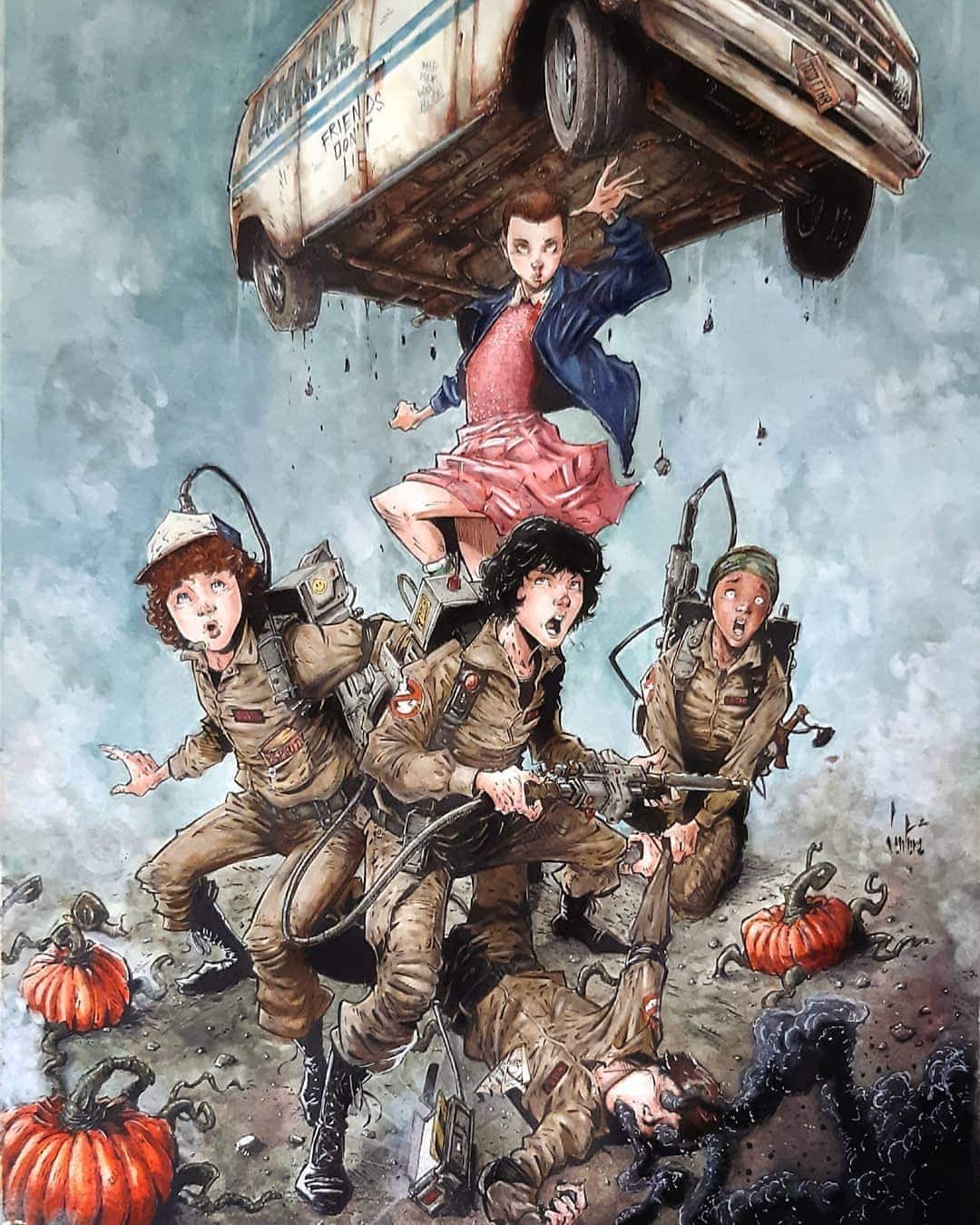 Brazilian, 36-year-old artist Marcelo Ventura, creates mashups and makeovers, that look very sinister. He focuses on humanity’s most favorite pop culture figures.
He said that he tends to be sentimental for the 80s and 90s, hence his will to bring the characters from that era back to life in a comic book style.
His idols are J. Scott Campbell, Greg Capullo and Todd McFarlane.
According to what he said in an interview, he likes to link and unite to other universes. Regardless of the origin of a character, whether it comes from a series, movie, or book, he always tries to inject it into a certain setting. His best example is Alien’s mashup with Buzz Lightyear, Scooby, and Shaggy with Into the Wild, Mario Bros with the Walking Dead. Marcelo presents himself as the “frustrated artist.” For the question of why, he replies that it is because he would like to live entirely on his own art, but self-confidence and a small number of opportunities hold him back. He spills the beans, saying that he has got plenty of plans and ideas to bring to live soon. He will use characters he draws the most recently – Rick and Morty, ThunderCats, and Hellboy.