“A tree is a wonderful living organism which gives shelter, food,
warmth and protection to all living things. It even gives shade to
those who wield an axe to cut it down” – Buddha.

In Japan they don’t celebrate Easter but springtime in Japan is when everything goes Cherry Blossom (Sakura) crazy. The cherry blossom is Japan’s unofficial national flower. It has been celebrated for many centuries and takes a very prominent position in Japanese culture. Around late March the whole nation excitedly waits for the first buds to appear on cherry trees. 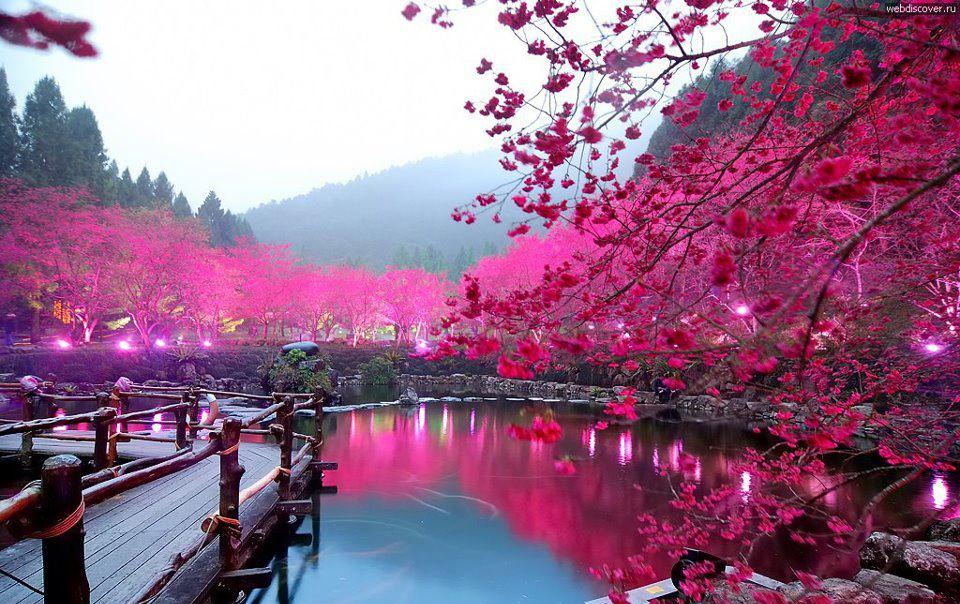 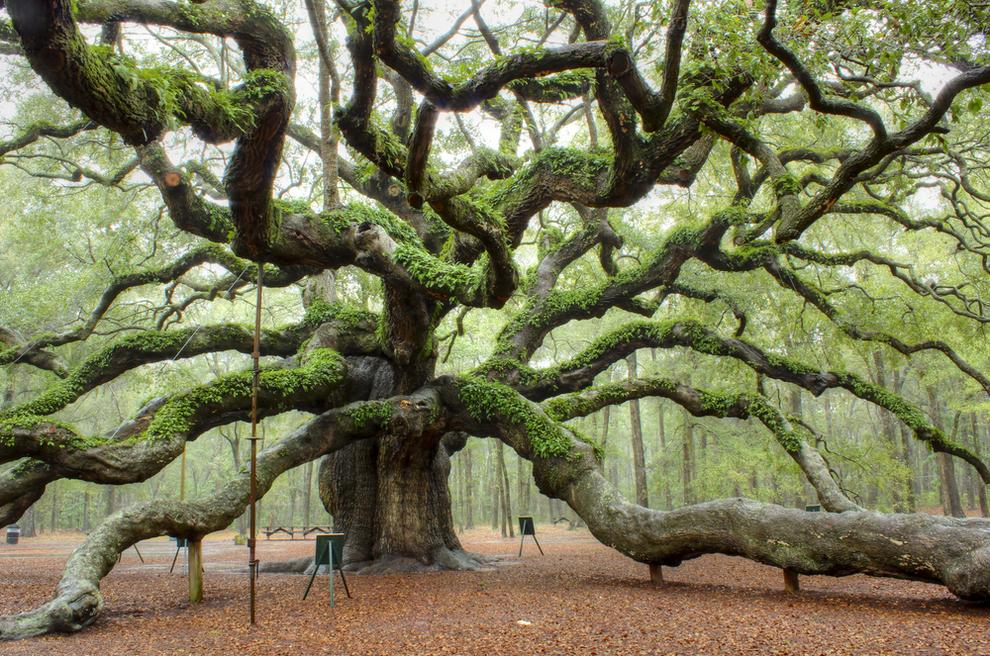 Árbol del Tule, a Montezuma Cypress, is located in the town center of Santa María del Tule in the Mexican state of Oaxaca . It has the stoutest trunk of any tree in the world although the trunk is heavily buttressed, giving a higher diameter reading than q true cross-sectional of the trunk. It is so large that it was originally thought to be multiple trees, but DNA tests have proven that it is only one tree. The tree is estimated to be between 1,200 and 3,000 years old. 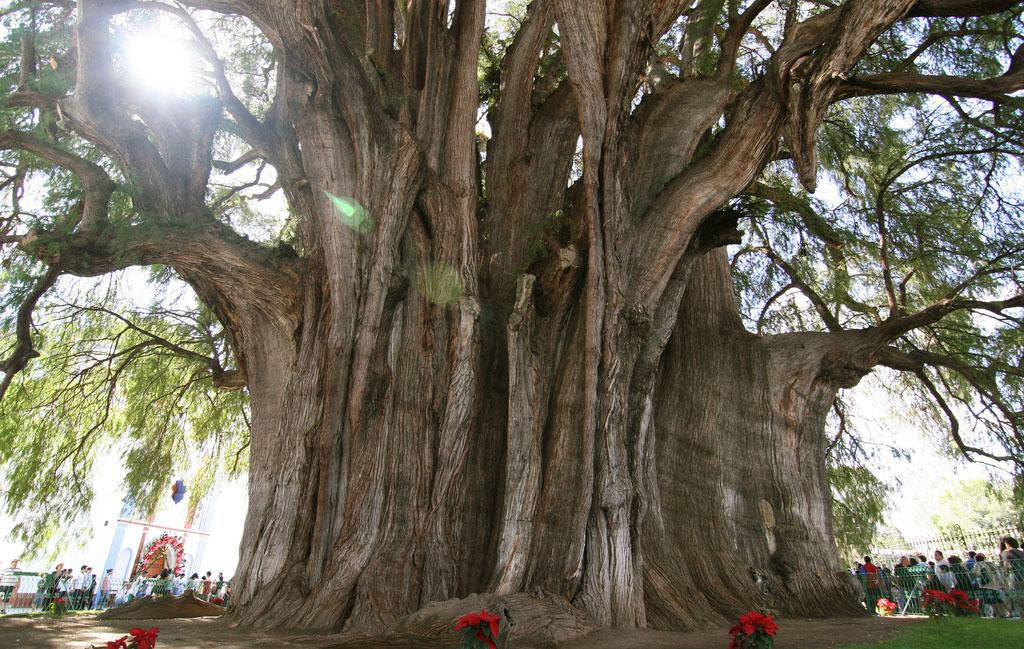 The Lone Cypress Tree near Monterey is probably the most famous point along the 17-Mile Drive, a scenic road through Pacific Grove and Pebble Beach. 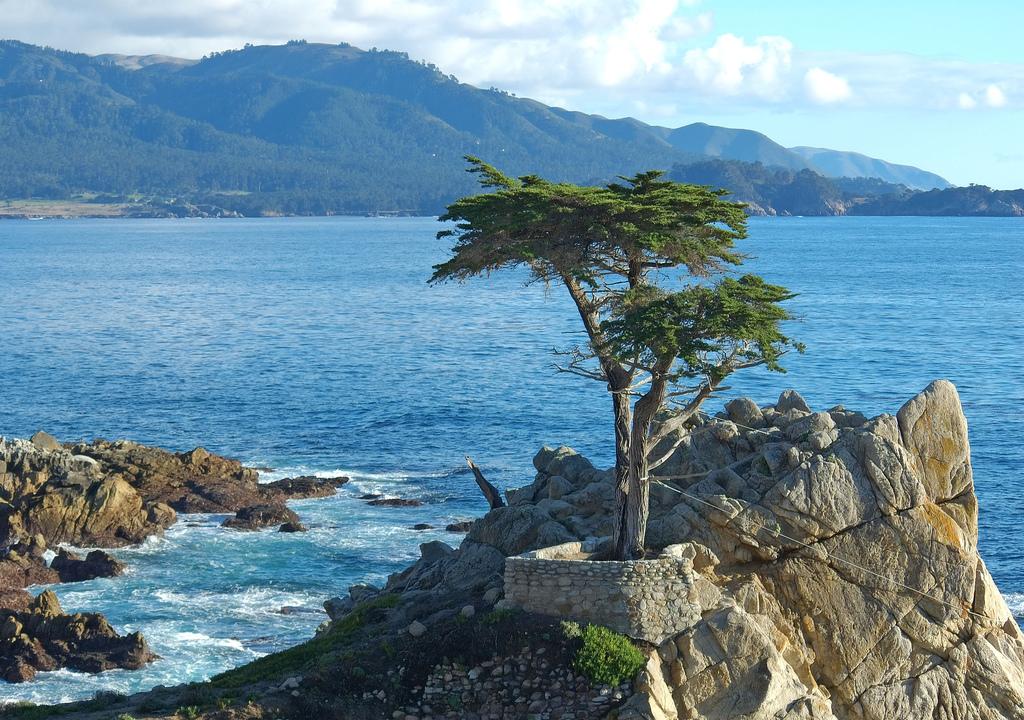 General Sherman is a Giant Sequoia located in the Giant Forest of Sequoia National Park in California. The famous trees of the Giant Forest are among the largest trees in the world. In fact, if measured by volume, five of the ten largest trees on the planet are located within this forest. At 11.1 meter (36.5 ft) along the base he General Sherman tree is the largest of them all. The tree is believed to be between 2,300 and 2,700 years old. 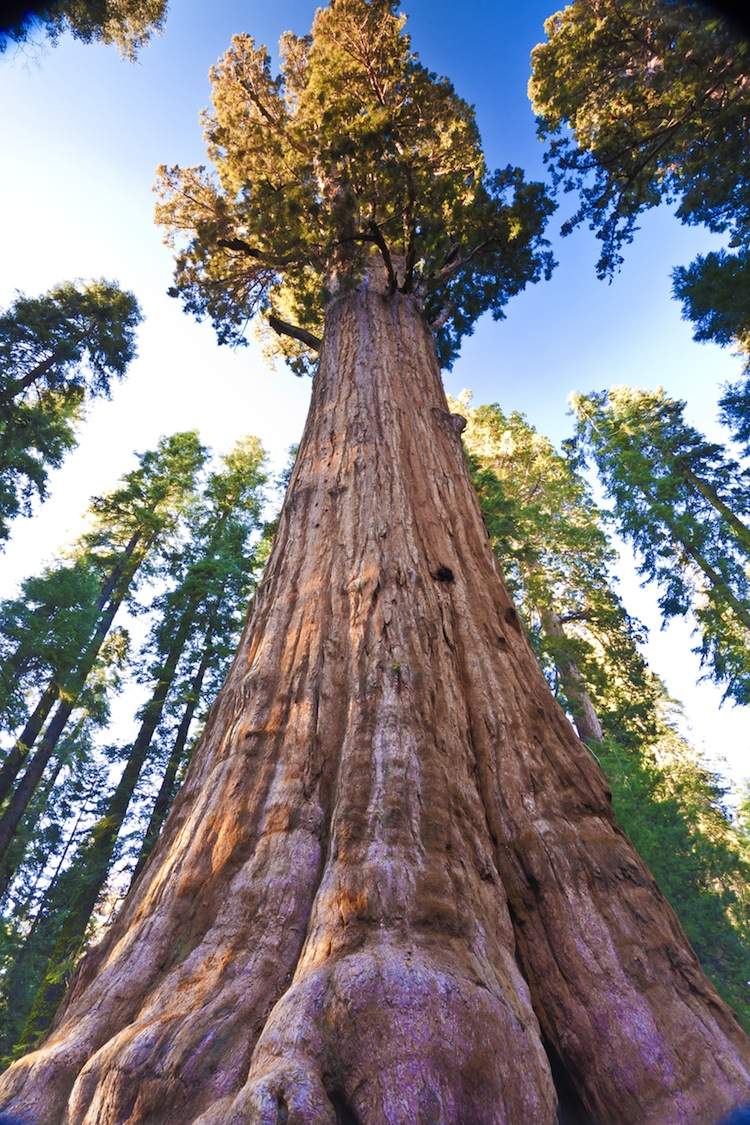 In the Ashikaga Flower Park in Tochigi, Japan sits an incredibly gorgeous wisteria tree that’s often referred to as the most beautiful in the whole world. The largest and oldest in Japan, the tree is the main attraction at the flower park as visitors flock to see it in full bloom. Dating back to approximately 1870, the 143-year-old tree has branches that are supported by beams, which creates a a stunning flower umbrella. 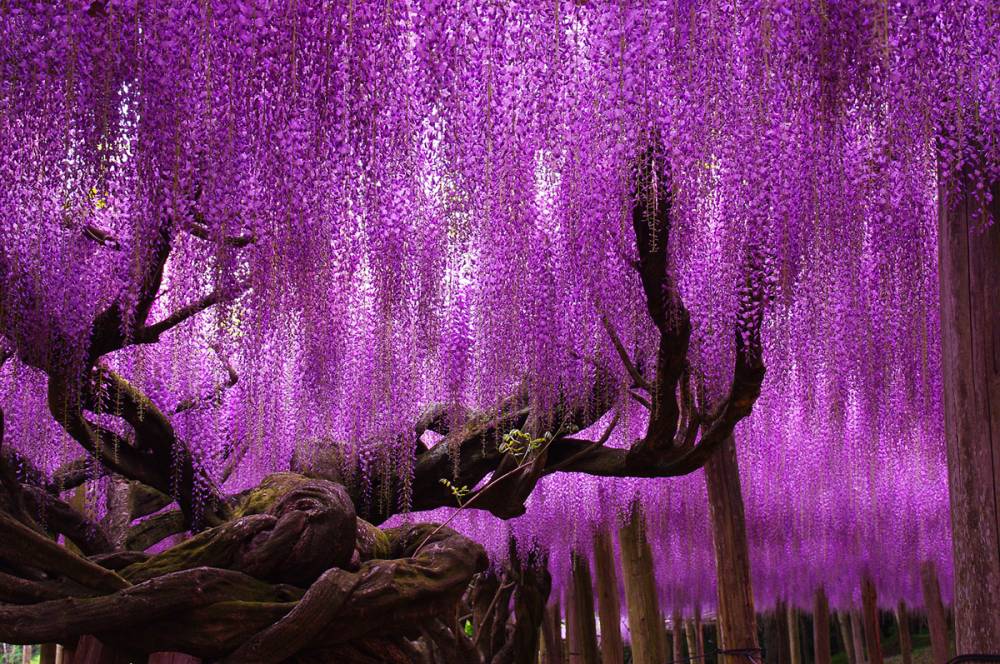 The most distinctive feature of rainbow eucalyptus trees is the unique multi-colored bark. Patches of outer bark are shed annually at different times, showing a bright green inner bark. This then darkens and matures to give blue, purple, orange and then maroon tones. Rainbow eucalyptus grace the Keahua Forestry Arboretum on Kuamoo Road (Highway 580) on the island of Kauai, Hawaii. 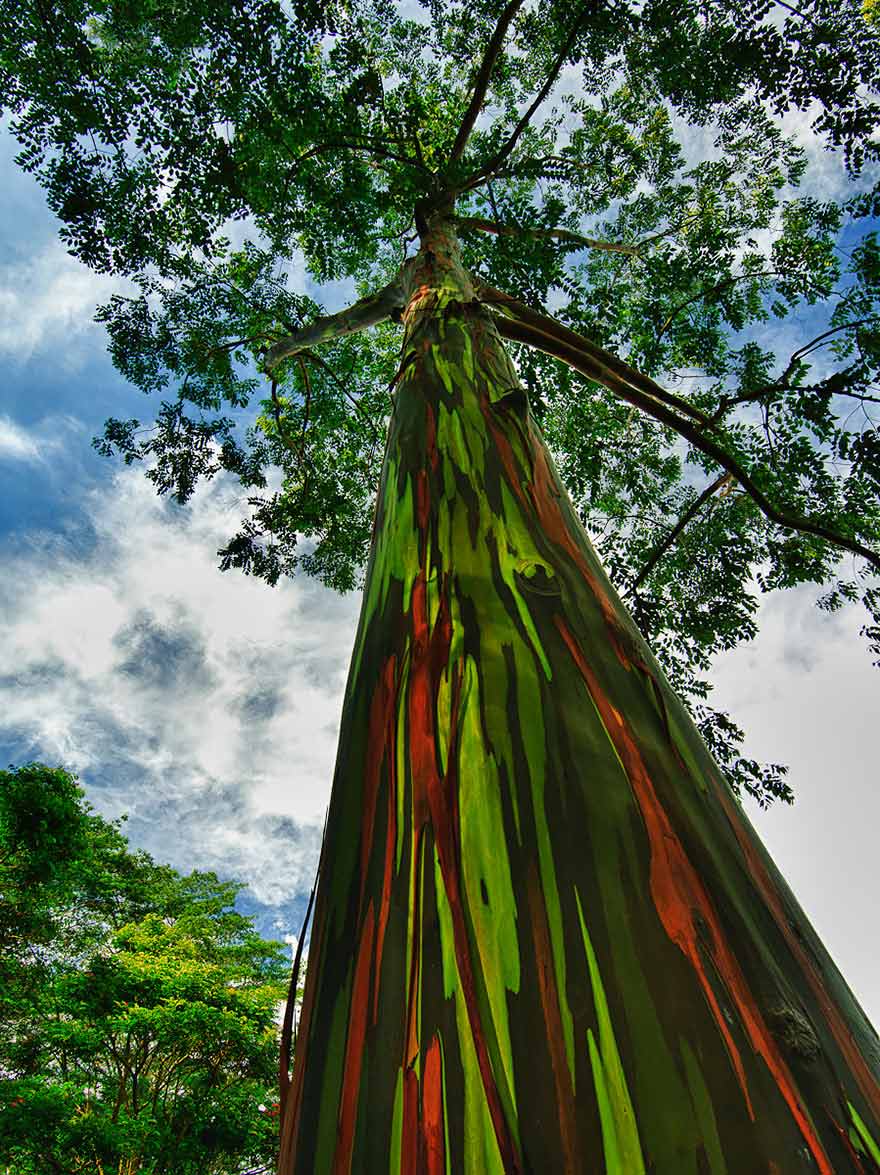 Baobab trees are native to Madagascar (it’s the country’s national tree!), mainland Africa, and Australia. A cluster of “the grandest of all” baobab trees (Adansonia grandidieri) can be found in the Baobab Avenue, near Morondava, in Madagascar. The amazing baobab (Adansonia) or monkey bread tree can grow up to nearly 100 feet (30 m) tall and 35 feet (11 m) wide. 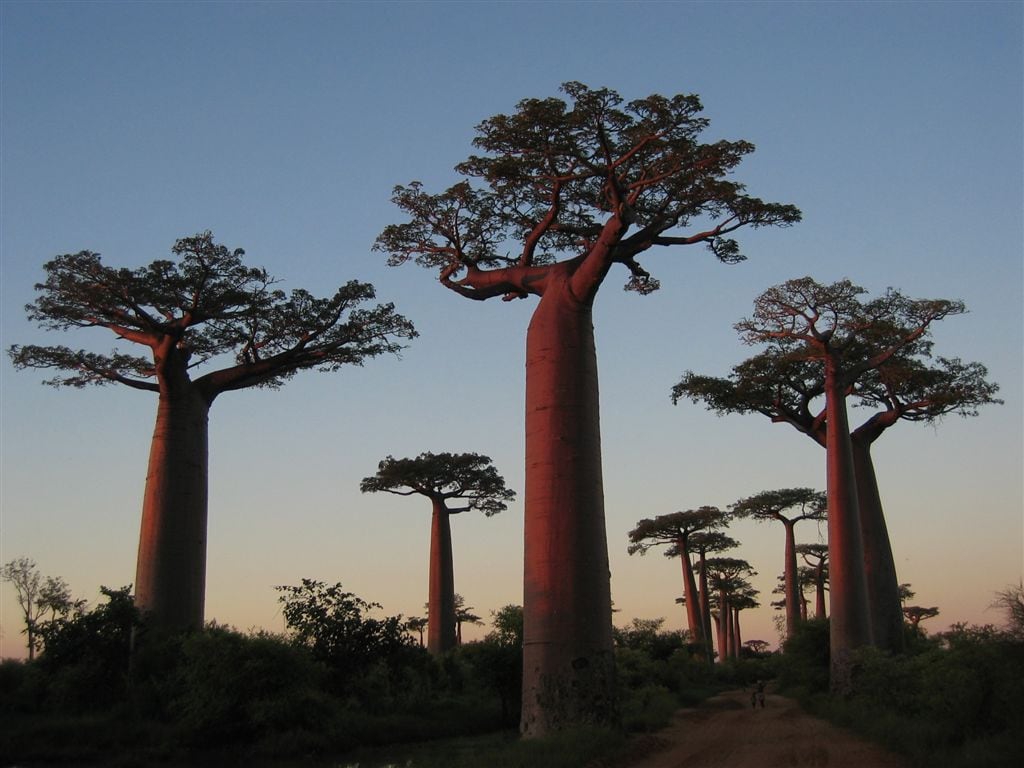 The Boab Prison Tree is a large hollow tree just south of Derby in Western Australia. It is reputed to have been used in the 1890s as a lockup for Indigenous Australian prisoners on their way to Derby for sentencing. In recent years a fence was erected around the tree to protect it from vandalism. 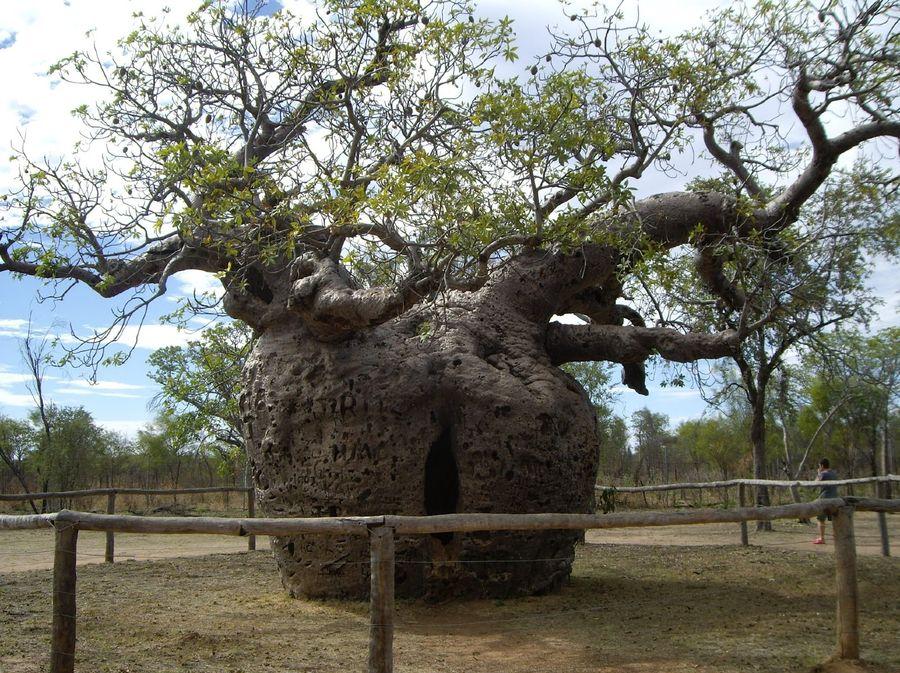 Ulmus americana, generally known as the American elm or, less commonly, as the white elm or water elm, is a species native to eastern North America, occurring from Nova Scotia west to Alberta and Montana, and south to Florida and central Texas. The American elm is an extremely hardy tree that can withstand winter temperatures as low as −42 °C (−44 °F). Trees in areas unaffected by Dutch elm disease can live for several hundred years. 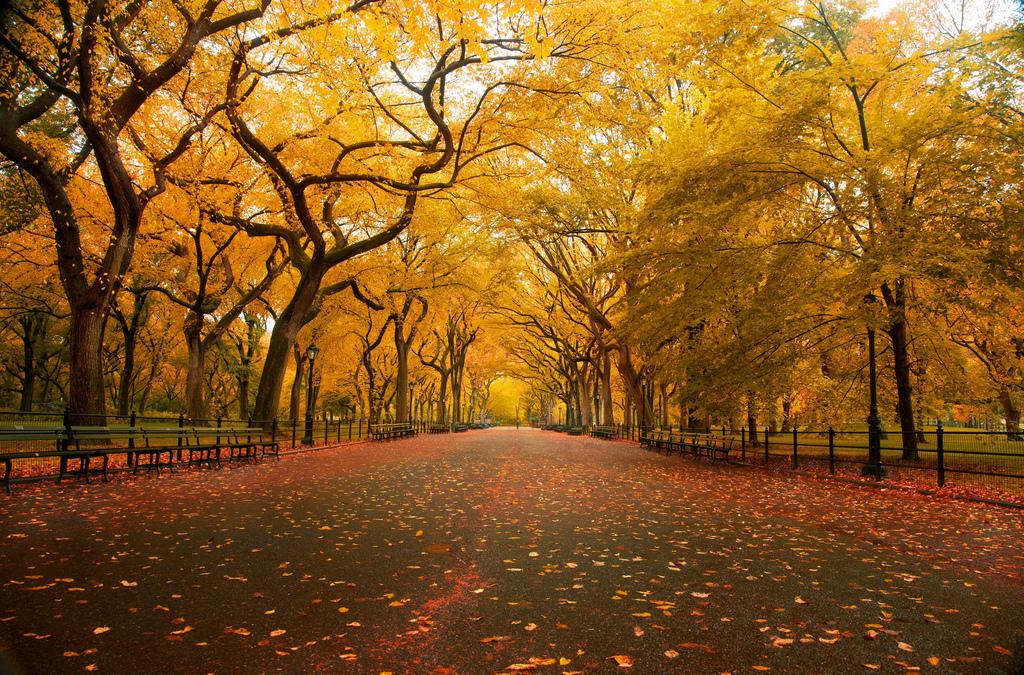 Jacaranda is a genus of 49 species of flowering plants in the family Bignoniaceae, native to tropical and subtropical regions of Central America, South America, Cuba, Hispaniola and the Bahamas. The species are shrubs to large trees ranging in size from 20 to 30 m (66 to 98 ft) tall. The flowers are produced in conspicuous large panicles, each flower with a five-lobed blue to purple-blue corolla; a few species have white flowers. This species thrives in full sun and sandy soils, which explains their abundance in warmer climates. 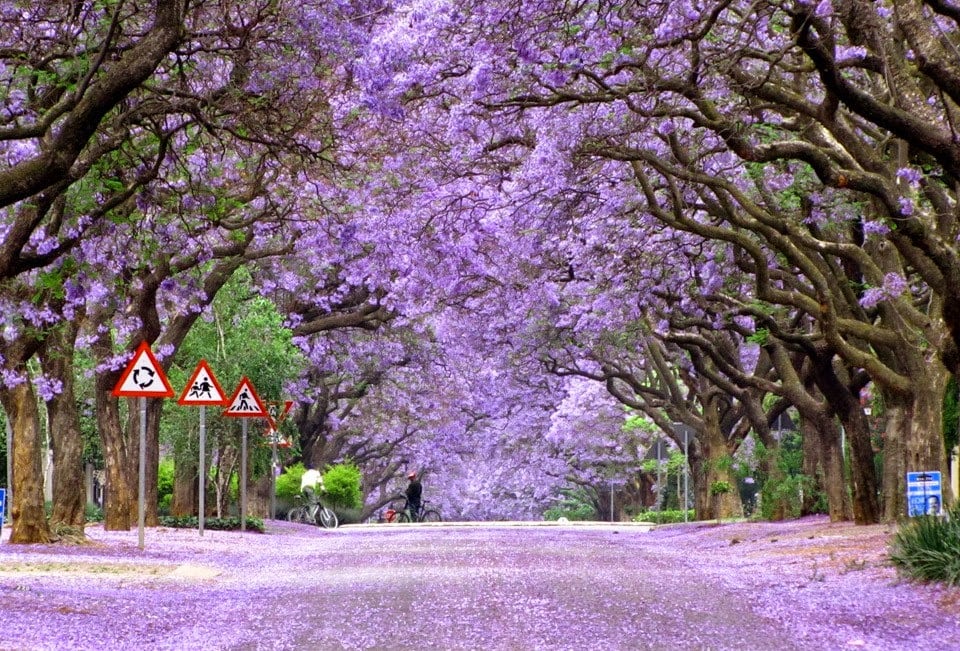 Ashdown Forest is an ancient area of tranquil open heathland occupying the highest sandy ridge-top of the High Weald Area of Outstanding Natural Beauty. It is situated some 30 miles (48 km) south of London in the county of East Sussex, England. 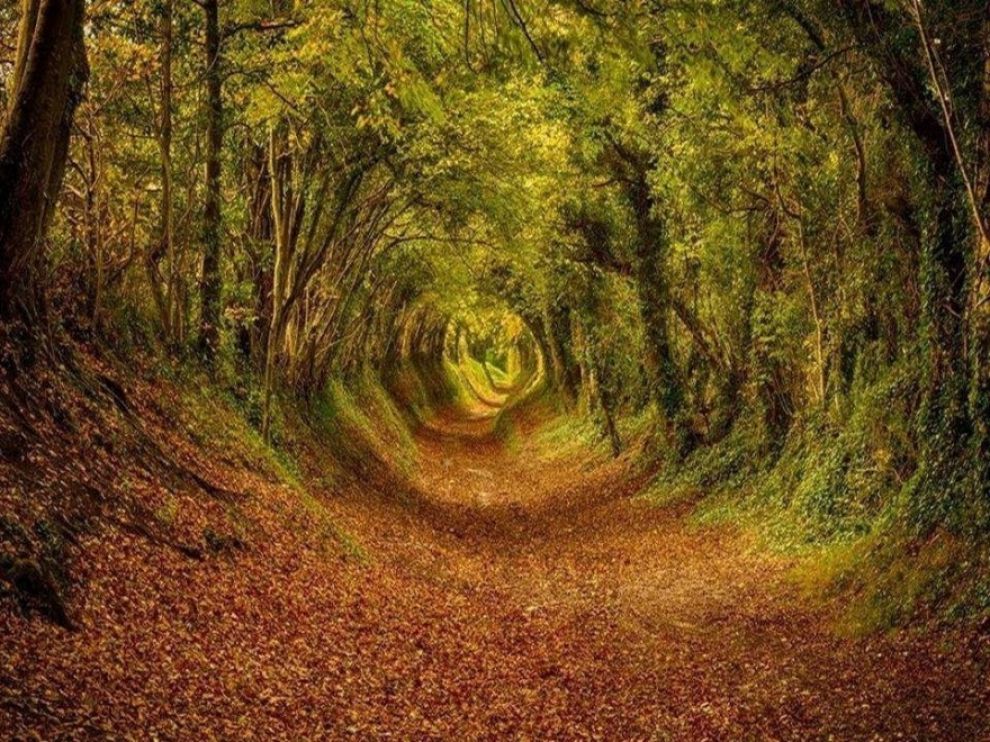 Giant sequoias live at high elevations, enduring cold, heavy snows, lightning strikes—and growing bulky and strong, though not so tall as coast redwoods. This individual, the President, is the second most massive tree known on Earth.

Tree removal is an often overlooked but necessary task for any home. If you find yourself in need of professional help, look no further than Arlington expert tree company.