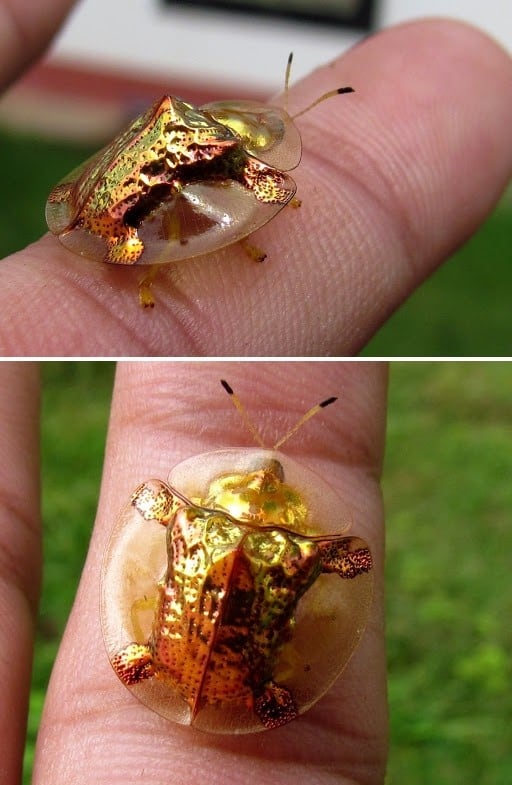 Known to the academic and entomologist communities as Cassidinae, tortoise beetles are an exceptional subfamily of leaf beetles. Almost world-wide in distribution, though they have a much greater diversity in the tropics, especially South America. Rare in temperate regions of North America and Australia, while abundant in temperate Euroasia.

Tortoise beetles get their name from the transparent carapace, which they use as a shell in cases of danger. When the tortoise beetle feels threatened, it simply withdraws its head and feet like a tortoise, sealing their flat-edged shell to a leaf. Not only that, but many of these amazing creatures can change colour at will by squeezing a film of water underneath their shells.

All this aside, some tortoise beetles of Cassidinae are one of the few arthropods who create papery ootheca to protect their eggs. And definitely one of the many few, who place their feces on top of these oothecae for extra camouflage! Meaning, tortoise beetles also use their poop as a defense mechanism. Crafty!

Tortoise beetles eat predominantly leaves and plant matter, but if you’re not living in a subtropical region in South America these beauties can’t be a potential pest threat for your garden. However, few of the species that are found around Europe and North America rarely reach the size of a “call the exterminators” type of pest infestation.

So here are some of the most beautiful tortoise beetles out there: