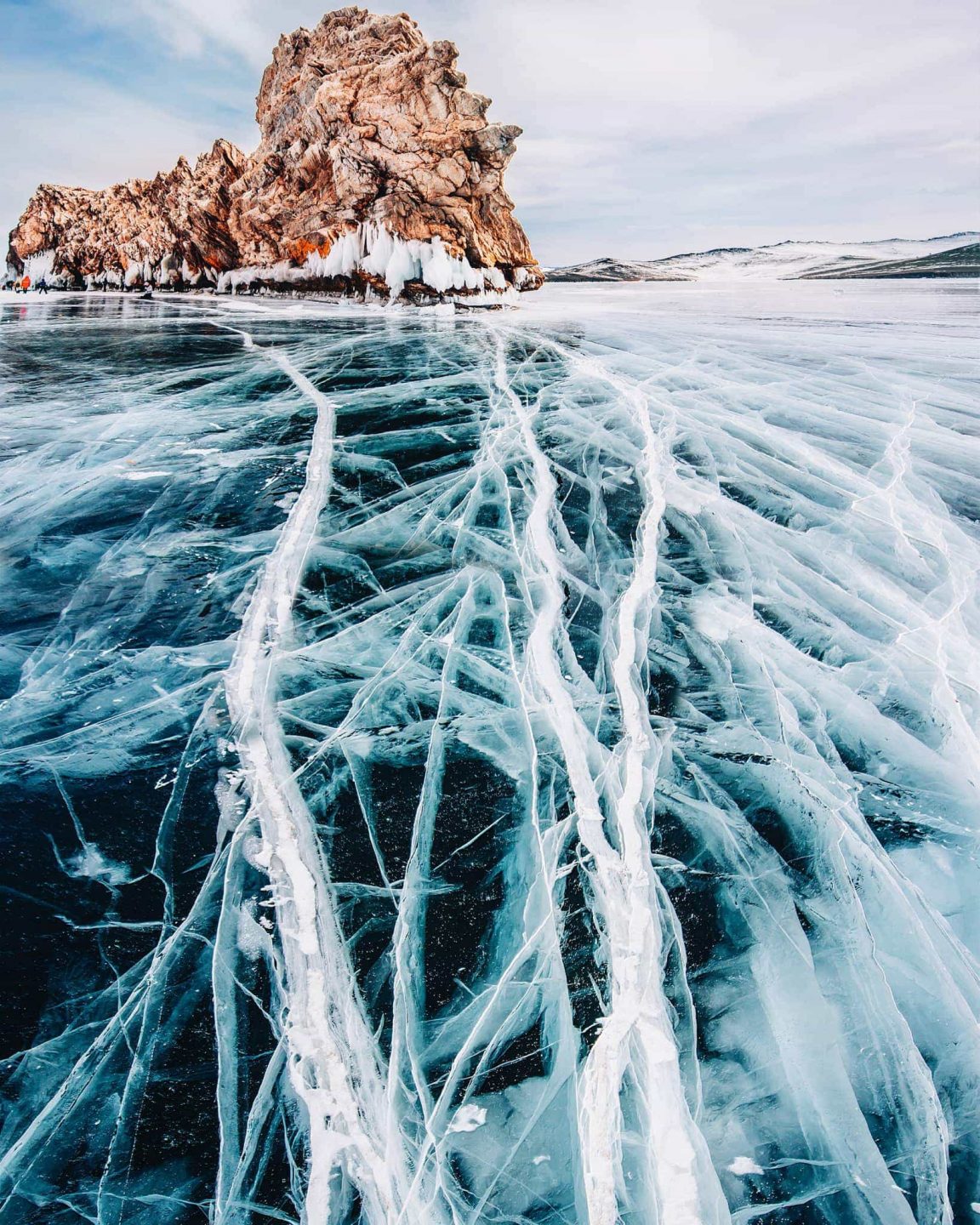 Russian photographer, Kristina Makeeva has just come back from a 3 day trip on the frozen Baikal lake in Siberia, and she took pictures that seem out of this world.

“It’s the deepest and the cleanest lake on Earth,” tells Kristina. “When we were planning a trip, we didn’t even suspect it is so wonderful, majestic and fairy. We were transported over its beauty so much, that we almost didn’t sleep all 3 days we were here.”

“The depth of the ice reaches 1,5-2 meters. This ice can tolerate the vehicle of about 15 tons, but sometimes we saw cars that had been fallen down. Ice has different patterns in different parts of the lake. It happens because water is freezing layer by layer. Mainly it is very unusual to find a fish or a branch on the ice. The ice in Baikal is the most transparent in the world!”

“In some parts, ice is slippery like the mirror. You can shoot ideal reflections. A lot of travelers are moving about on skates, bicycles or sled. Some of them are walking for several hundreds of kilometers and are sleeping in the tents on the ice.”

“Ice is cracking all the time. When the frost is very heavy, cracks divide ice into different areas. The length of these cracks is 10-30 km, and the width is 2-3 m. Cracks happen every year, around in the same areas of the lake. They are followed by a loud crack that reminds of thunder or gunshot. Thanks to the cracks, the fish in the lake don’t die from the lack of oxygen. Generally, ice of Baikal carries a lot of enigmas, the majority of formations provokes the interest of scientists.”

Kristina states that “Baikal is the most wonderful place in the world,” and looking at these pictures it’s hard to disagree.