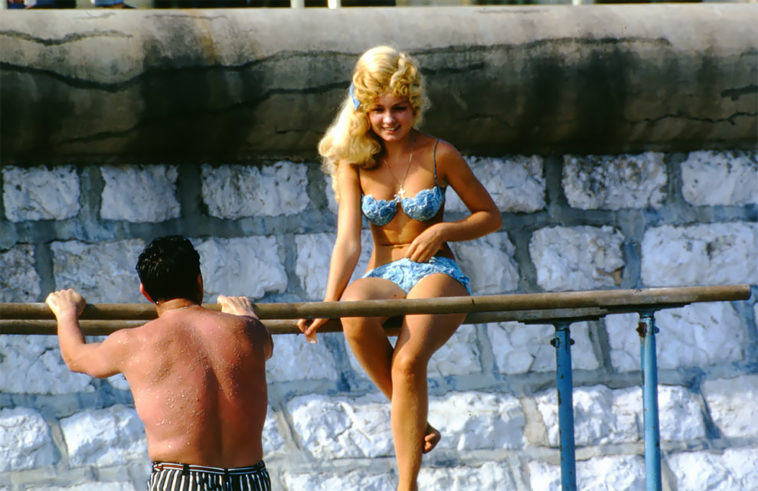 Thomas T. Hammond, an American professor at the University of Virginia and a specialist in the history of Russia and the USSR, was taking photographs for a long time – nineteen years during the 1950s-1970s. He paid many visits to the Soviet Union with his family, such as Moscow, Leningrad, Kiev, etc., he saw these cities by himself while visiting them with his wife or children from the USA who came on holidays there too… Thomas used photos made earlier not only as illustrations but also published some articles like “The first look at the Soviet Union,” which National Geographic Magazine has printed out, including material about him taken pictures by him.
He never felt embarrassed to photograph the things that Soviet people were not likely to aim their cameras at, so you can see many curious details on his pictures. He photographed everything from statues of Stalin and Lenin in a rundown amusement park, pigeons sitting around squabbling over scraps of bread left by passersby or children with ice cream melting down their cone onto the ground below them.