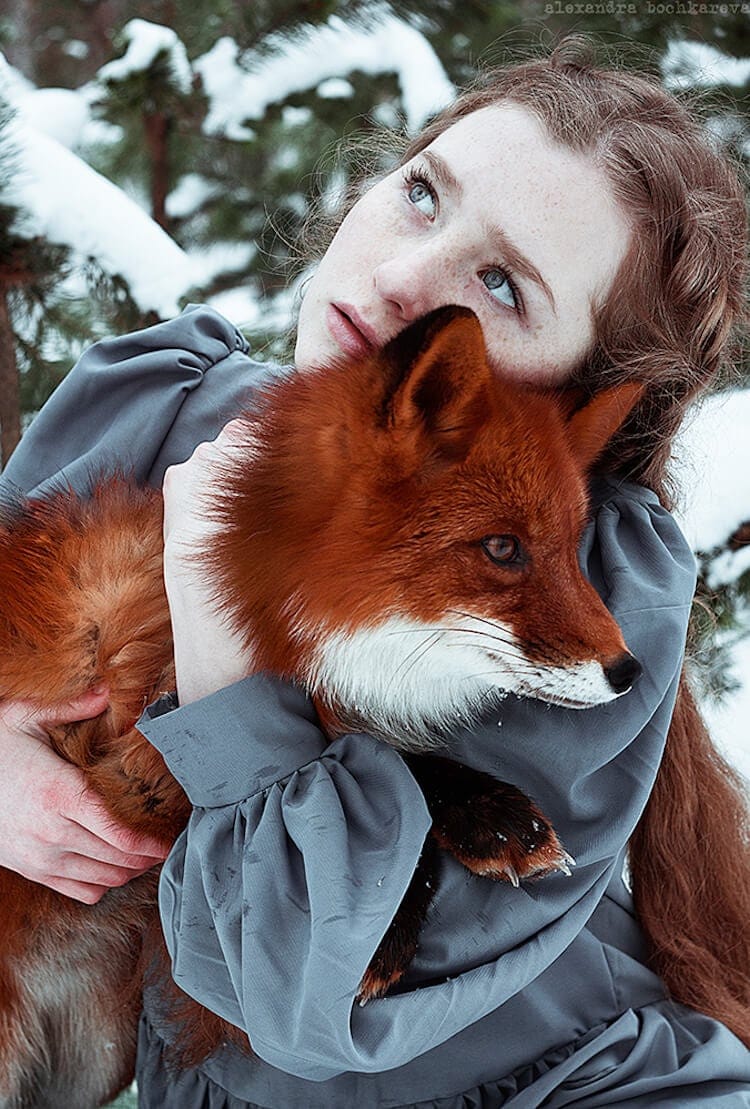 With a penchant for portraiture and a fascination with freckles, photographer Alexandra Bochkareva is artistically drawn to redheads. Since she first dabbled in pictures 4 years in the past, the St. Petersburg-based artist has captured the distinctive fantastic thing about crimson locks by way of dreamy and bewitching pictures. Whereas the overwhelming majority of her scarlet-centric pictures function girls, Bochkareva’s fondness for redheads isn’t strictly restricted to people. She has additionally included a fiery purple fox into her fairytale-inspired portraits.

Bochkareva’s picture-perfect pictures profession started in 2012 with the delivery of her daughter. With little formal coaching, she relied on books and experimentation to hone her craft. Whereas at first, she used her family and friends as fashions, she finally discovered her distinctive area of interest in portraits of redheads. Bochkareva sometimes captures her ruby-haired topics within the open air—opting to shoot in forests or meadows, the place their placing tresses stand out among the many greenery. Her photographs draw a parallel between the pure environment and the figures’ pure magnificence, concurrently creating a fascinating scene straight from a storybook.

To additional improve her fairytale focus, Bochkareva boldly opted to introduce her topics to Alice, an educated fox, and color-coordinated forest, good friend. The pleasant fox seems in two sequences: Autumn and Winter. In Autumn, she and Olga—a mannequin who Bochkareva routinely options—“share secrets and techniques” on the forest ground. In the meantime, in Winter, she and Polly—one other common—solemnly embrace within the snow. In each stunning sequence, the topic and her matching critter calmly work together with one another. Neither the fashions nor Alice seems afraid; with their like locks and comfy demeanors, they quietly co-exist in a dreamlike sense of concord. “Alice is a superb animal,” Bochkareva advised us in an electronic mail. “Typically she is pleasant, generally not. All the images are spontaneous – I attempted to catch the moments of their unity.” 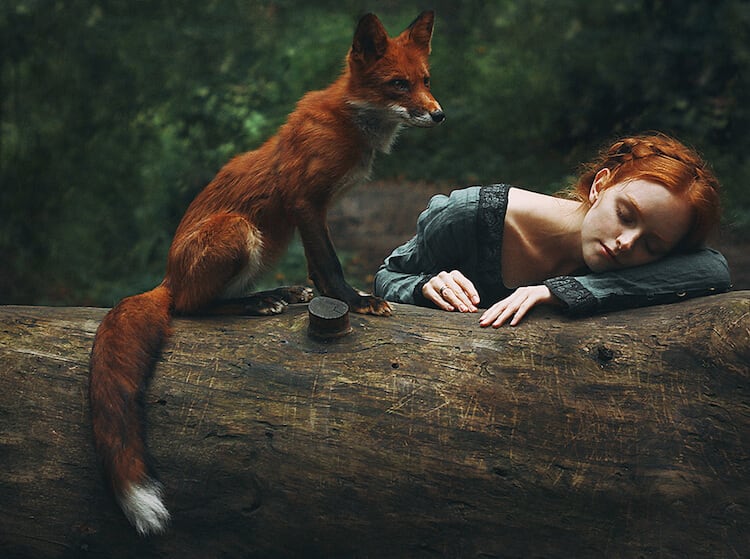 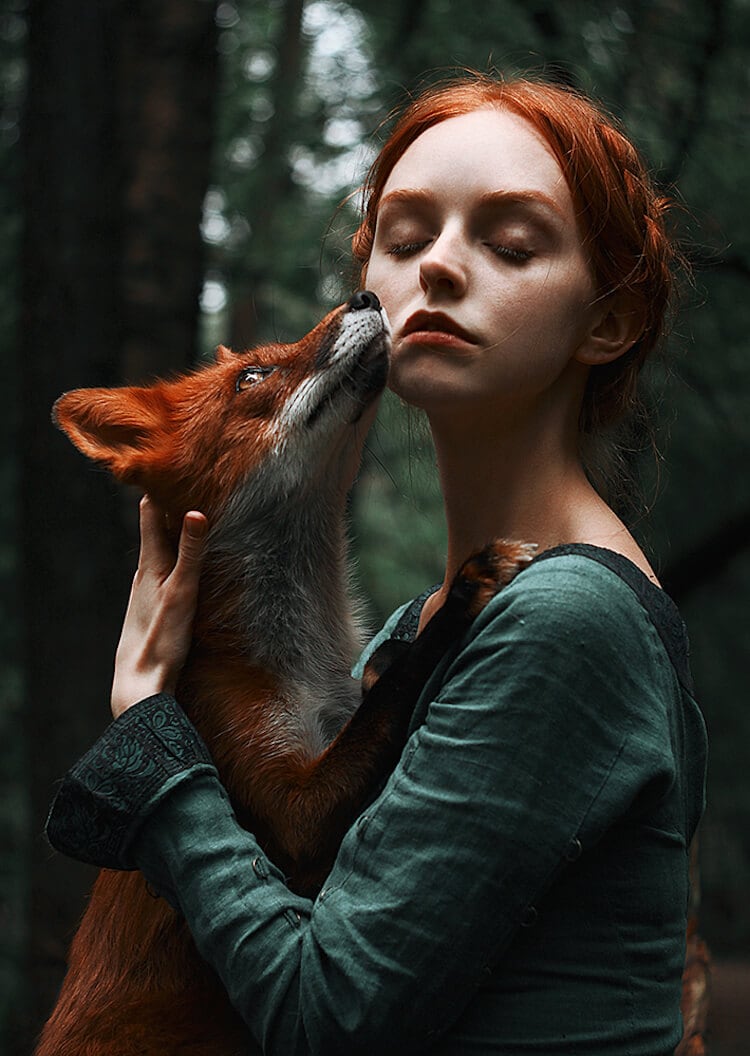 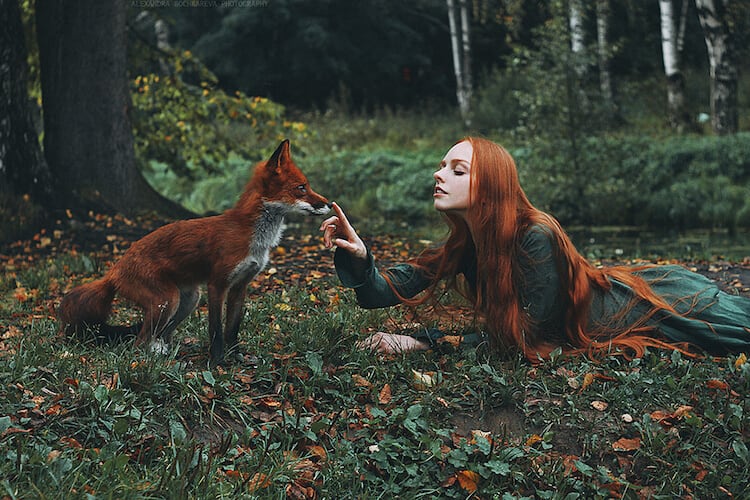 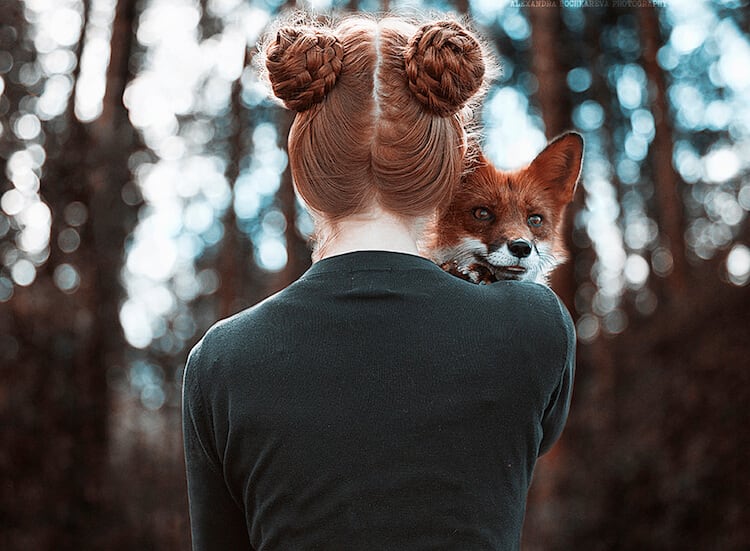 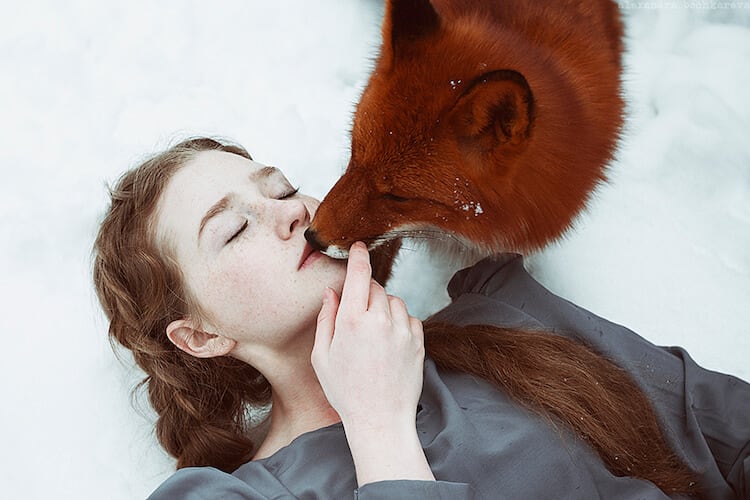 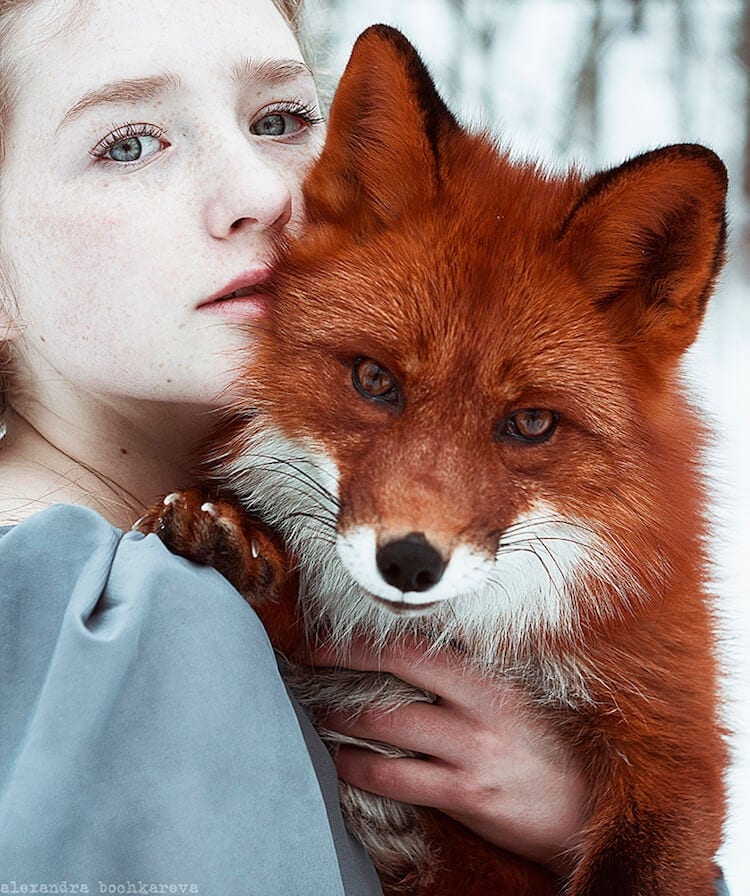 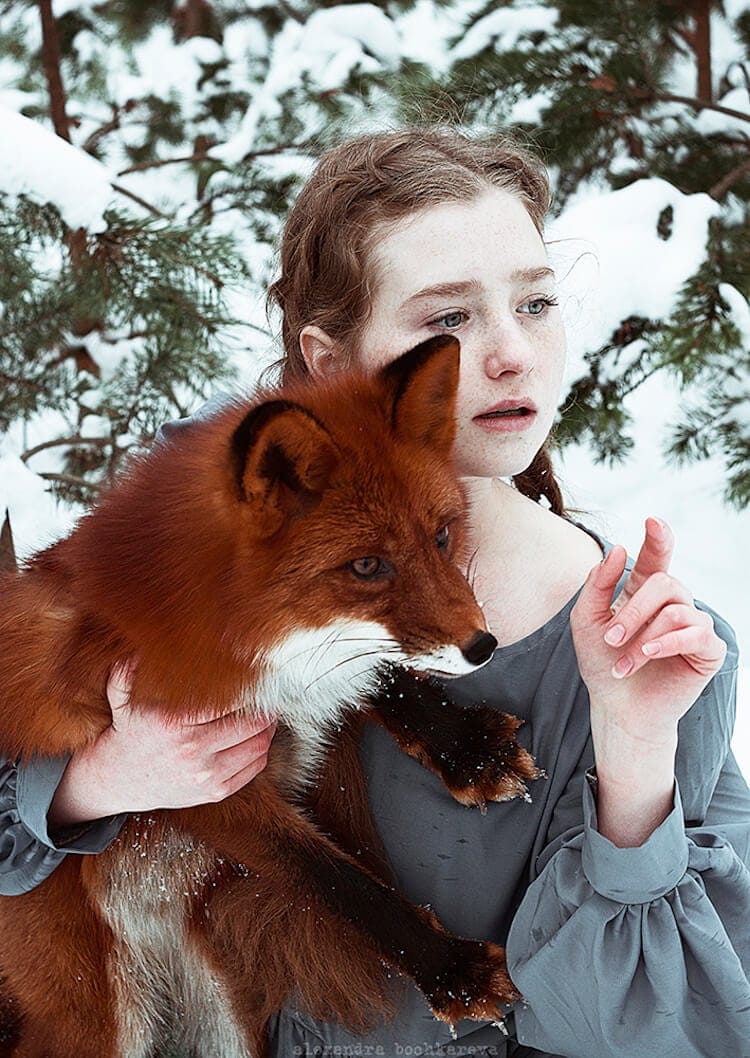 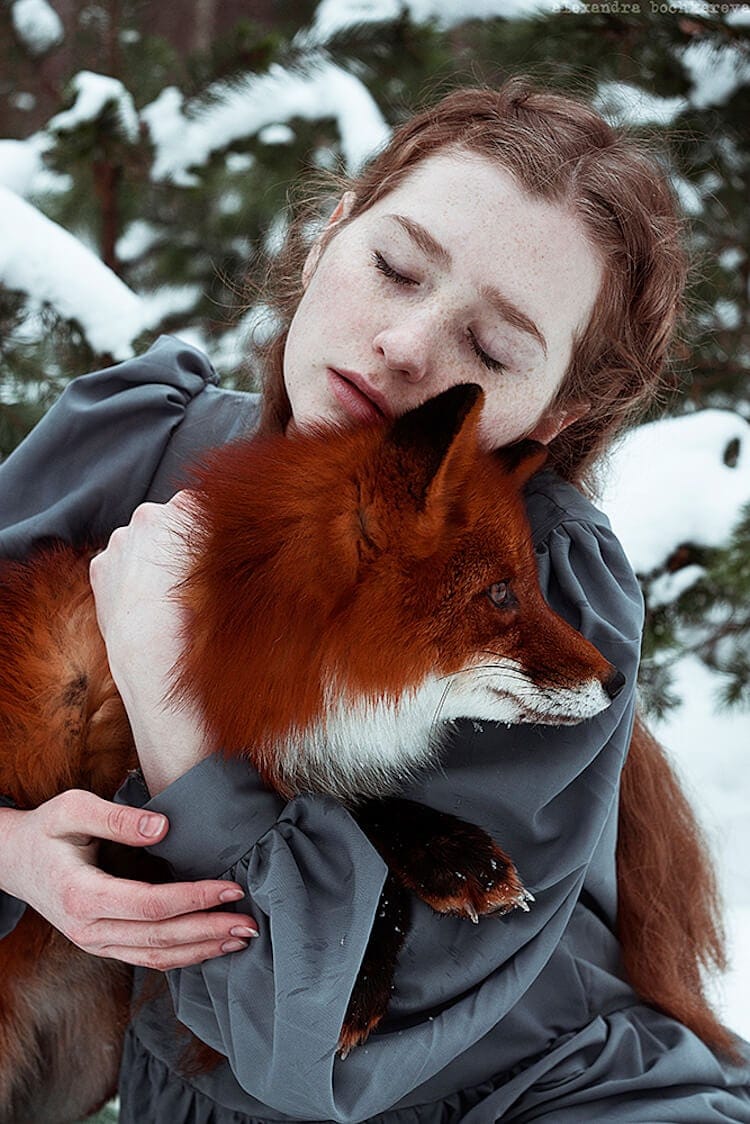 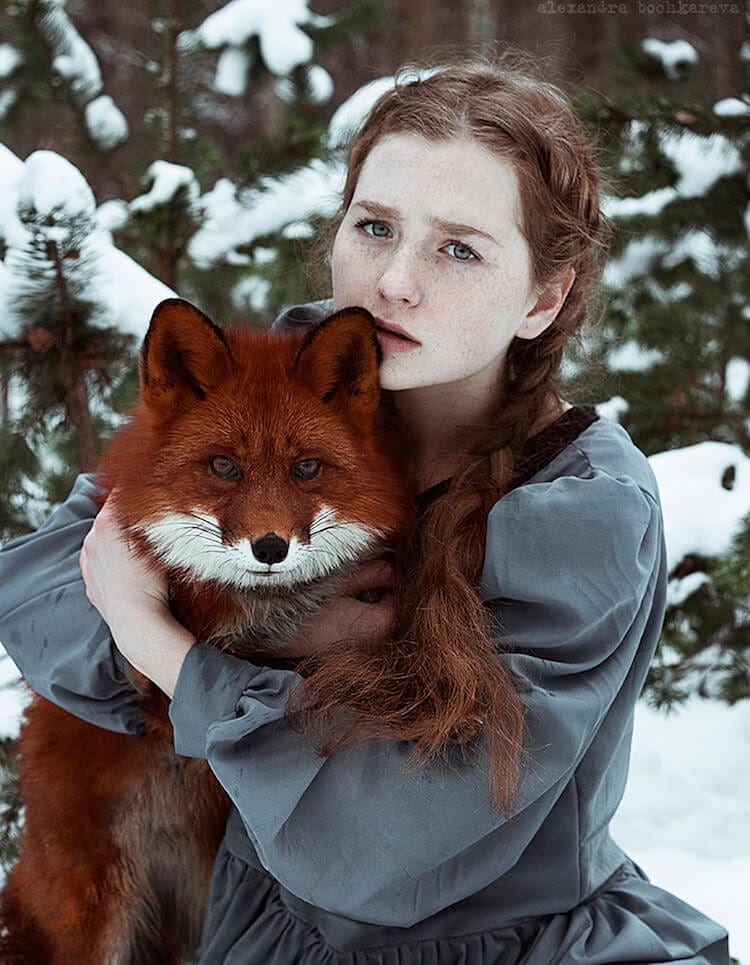