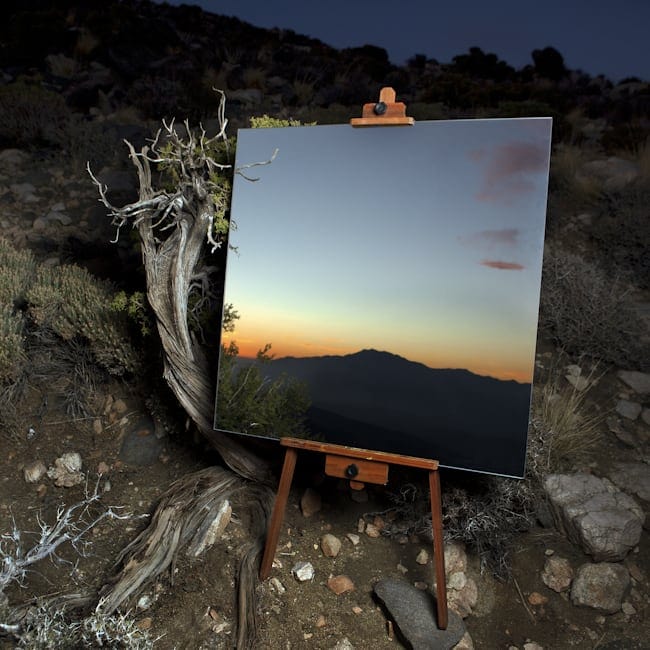 Daniel Kukla is a photographer who had formal training in biological and anthropological sciences. His educational background plays a major part of his artistic practice, and this can be seen in his clever project titled, The Edge Effect.

In March of 2012, I was awarded an artist’s residency by the United States National Park Service in southern California’s Joshua Tree National Park. While staying in the Park, I spent much of my time visiting the borderlands of the park and the areas where the low Sonoran desert meets the high Mojave desert. While hiking and driving, I caught glimpses of the border space created by the meeting of distinct ecosystems in juxtaposition, referred to as the Edge Effect in the ecological sciences. To document this unique confluence of terrains, I hiked out a large mirror and painter’s easel into the wilderness and captured opposing elements within the environment. Using a single visual plane, this series of images unifies the play of temporal phenomena, contrasts of color and texture, and natural interactions of the environment itself. 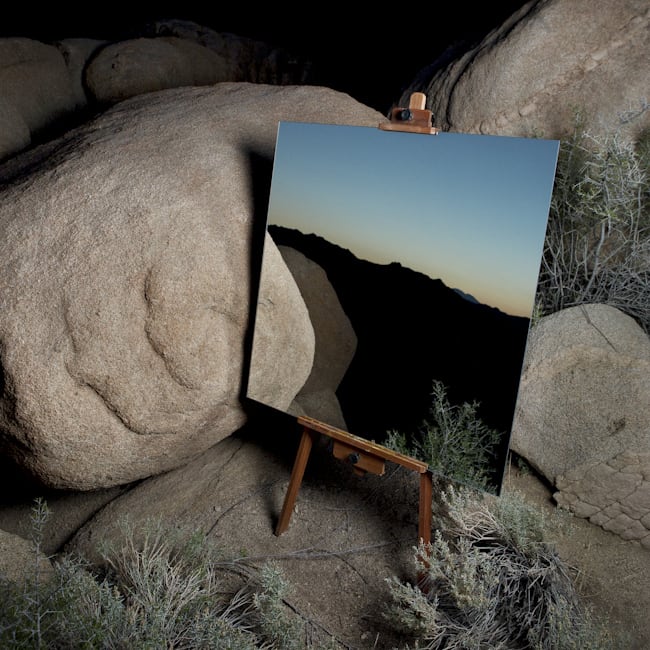 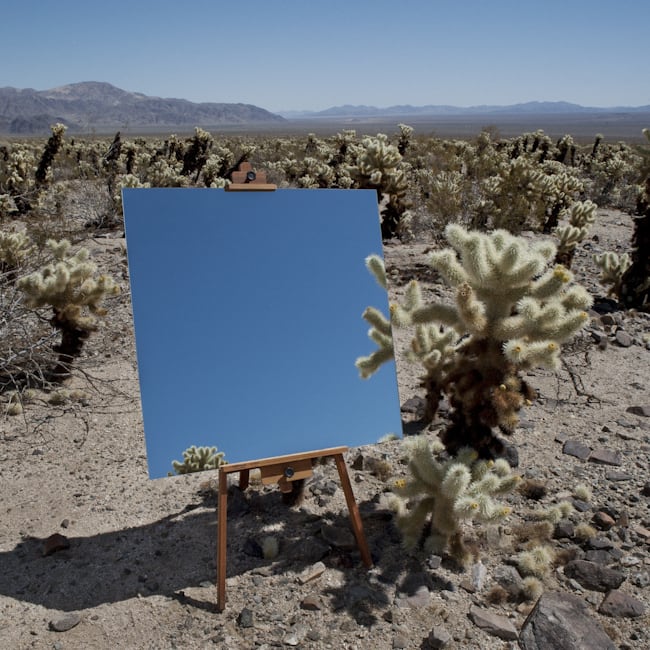 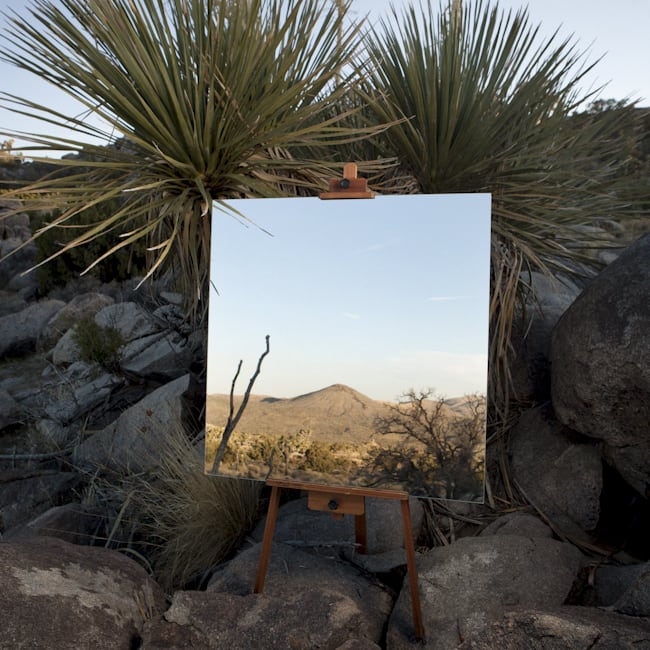 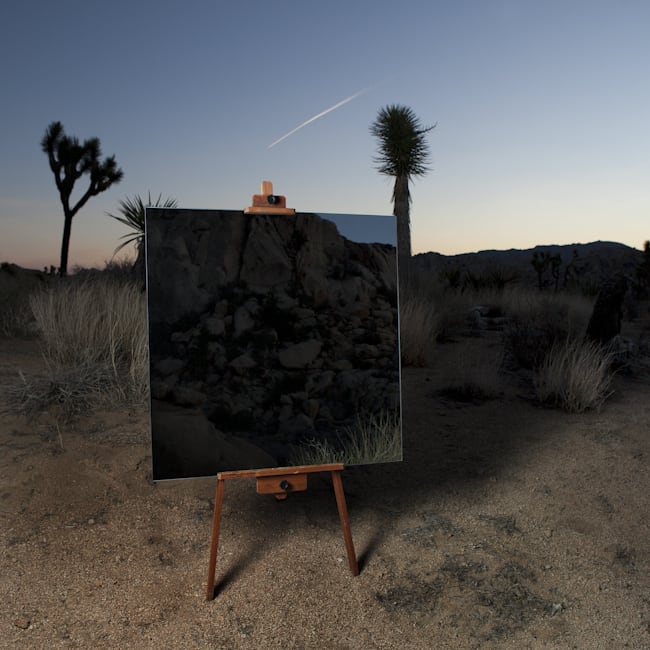 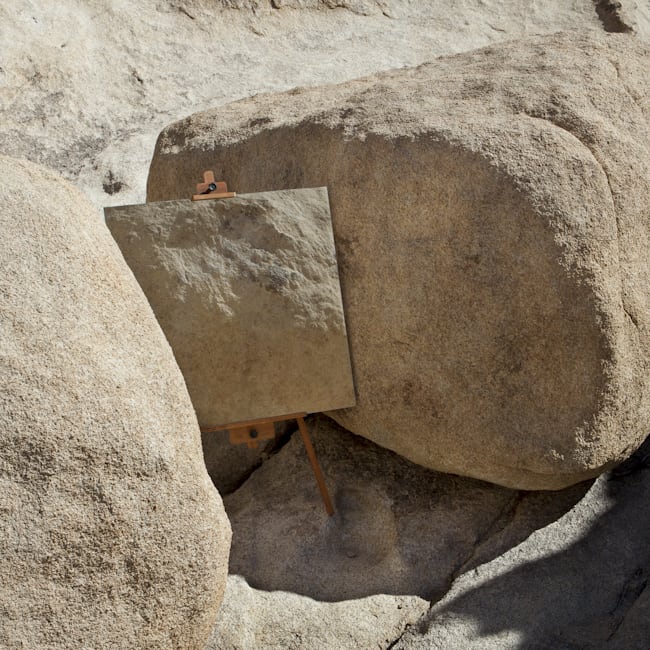 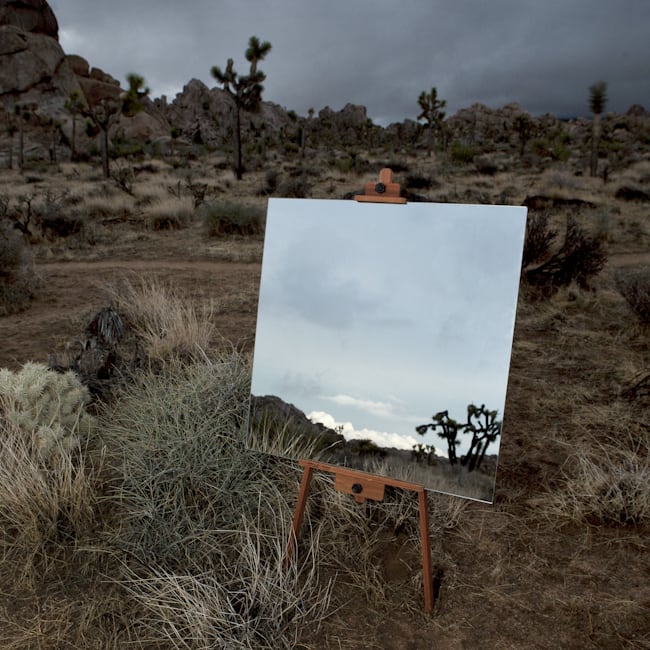 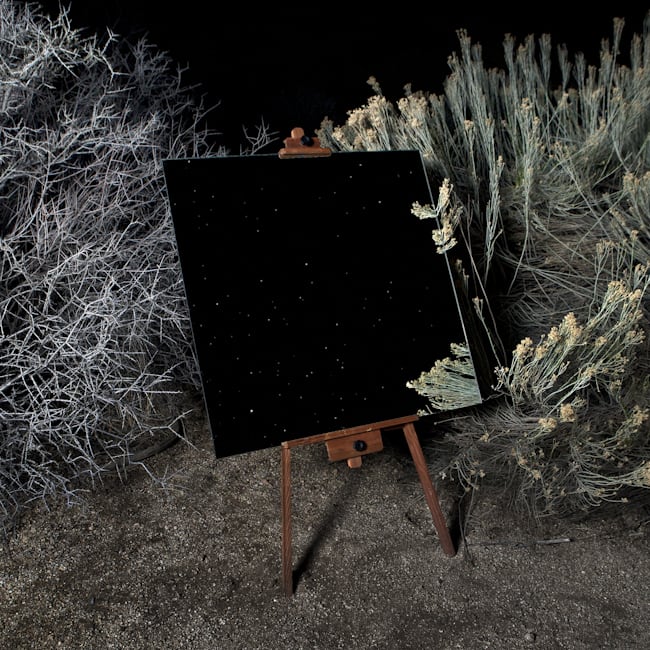