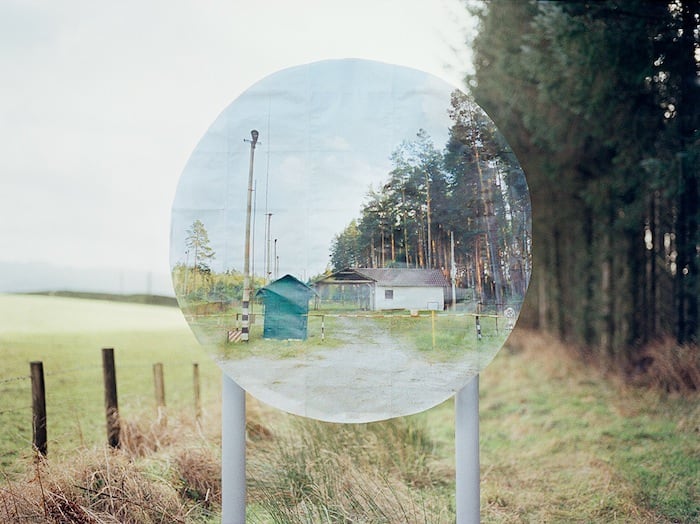 In his recent project ‘Schengland’, Glasgow-based photographer Alan Knox takes images of self-made road signs placed on the border between Scotland and England. At first glance, the compositions merely look like photographs of altered landscapes. However, upon further inspection, the incongruity of the signs placed within the environment becomes apparent and piques the viewer’s curiosity.

Knox says: “‘Schengland’ investigates the role of internet imagery in recording the transformation of border controls across the European project by allocating Google Street View images from the eastern Schengen border and installing them on the Anglo-Scots border, where debates on European Union vs. increased regional sovereignty arose in political discourse during the past year. Such a process seeks to question the constantly shifting status of internal and international borders in Europe.” 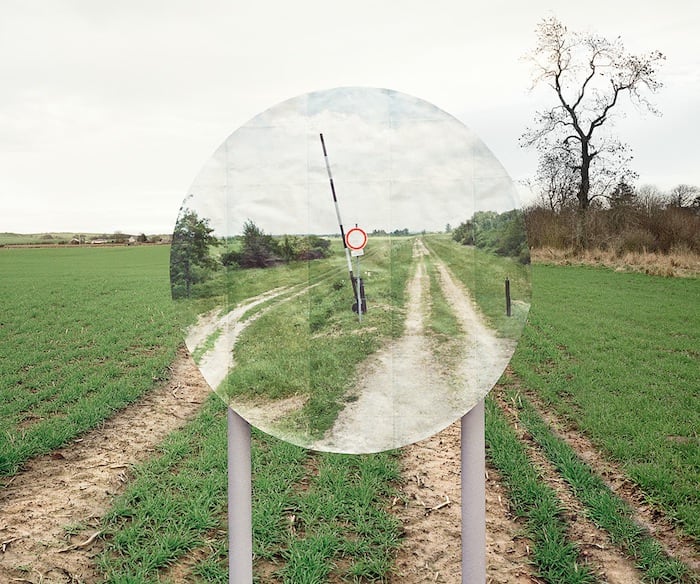 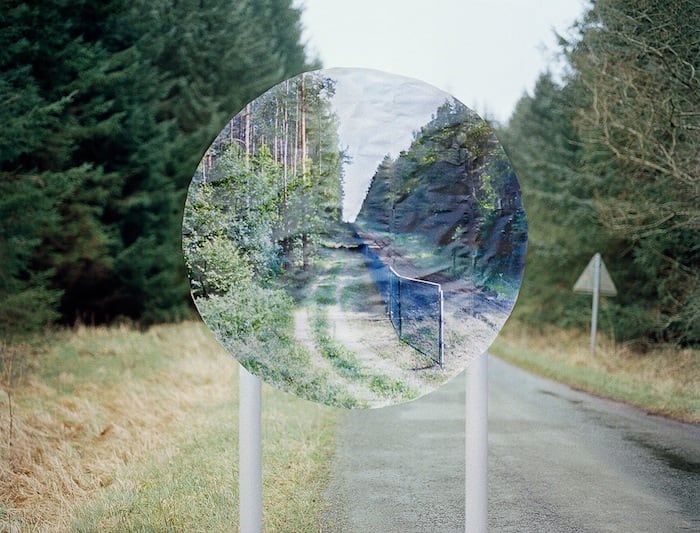 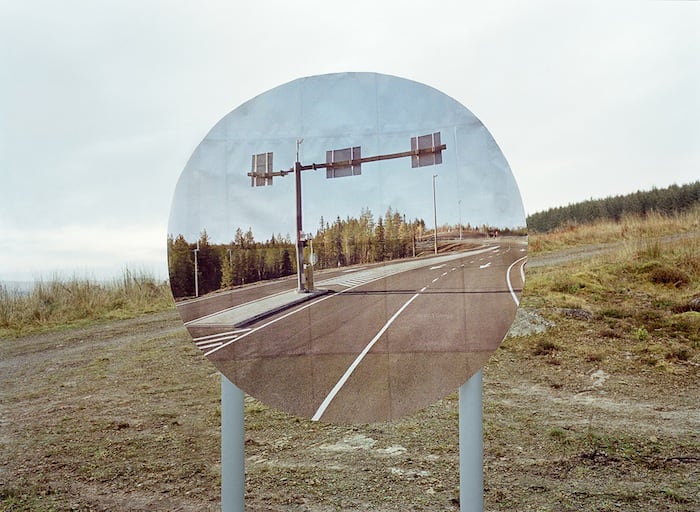 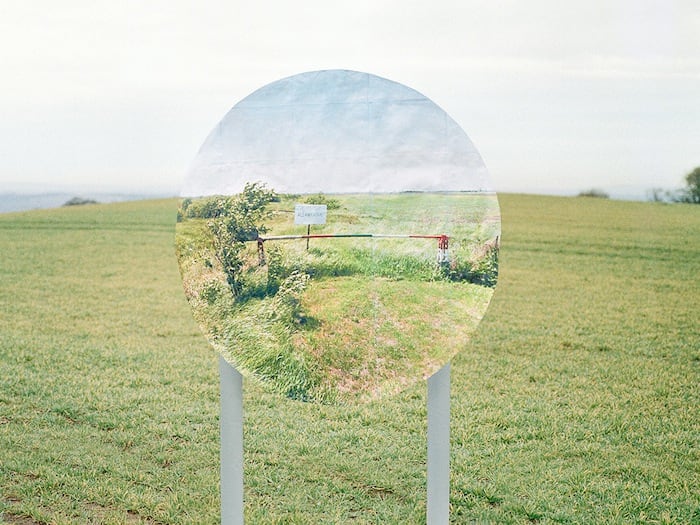