Minsk, the capital of Belarus, was newly taken over by street art festival Urban Myths. For this festival, artists had to discover the city for three days, plunge into the city’s atmosphere and then create original murals based on urban folklore. After studying the locals and their traditions, British-Australian artist Guido Van Helten chose to paint a girl clothed in an embellished red and white shirt. The red and white embroidery is a part of Eastern Europe culture, as it appears in Belarus’s national flag as well as in the citizen’s everyday clothing. Guido used the same pattern as seen in his earlier piece for CityArt project in Kiev, Ukraine. On the 18-story building that he painted earlier in October, a Ukrainian woman is depicted wearing the same type of traditional embroidery as the one in Minsk. According to the CityArt team, Guido said the femininity and beauty inspired him that he finds in Ukrainian women. 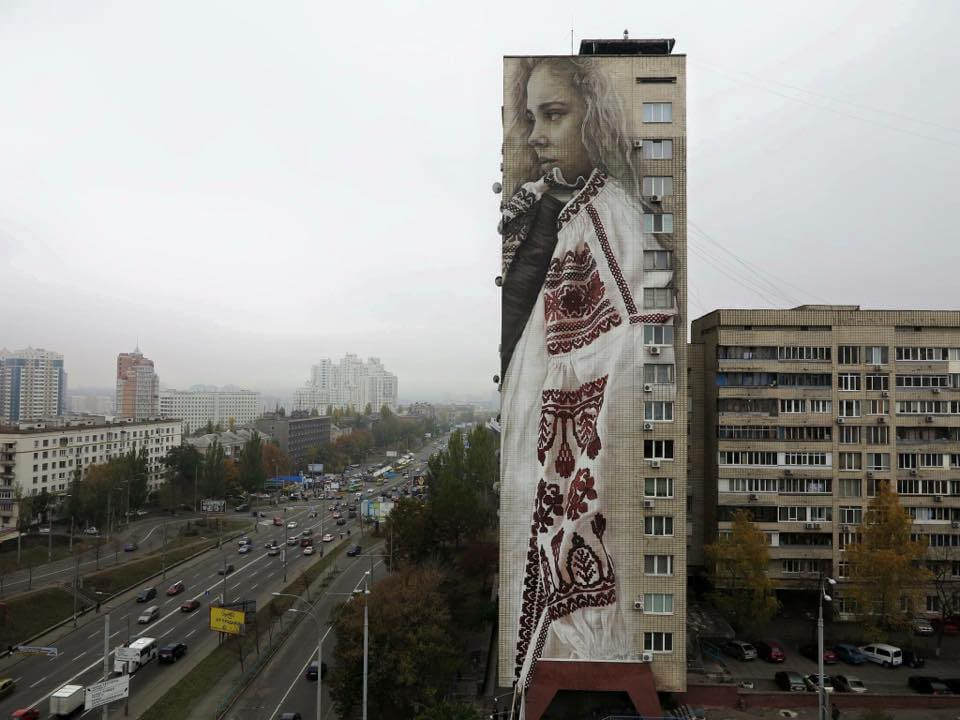 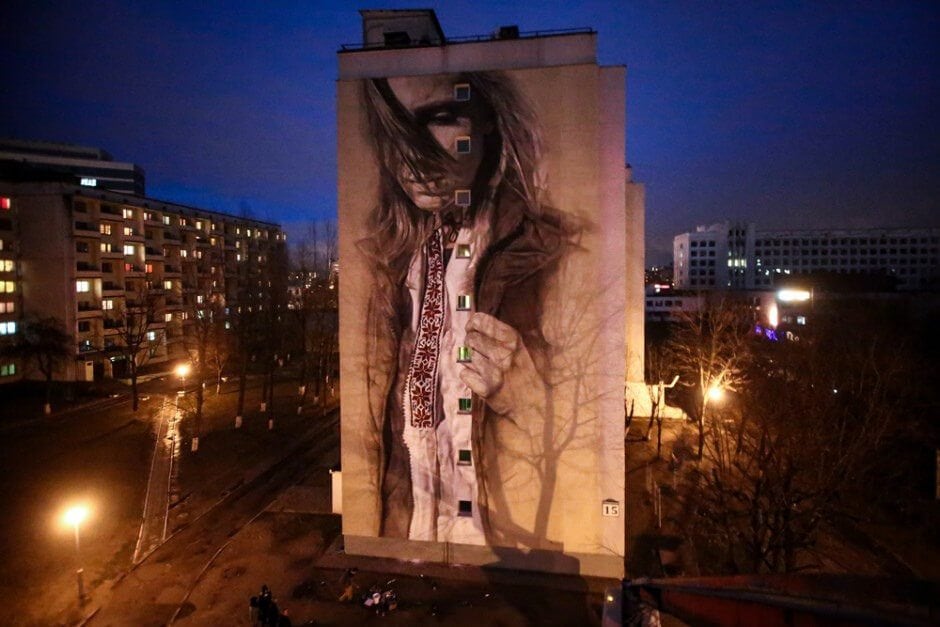 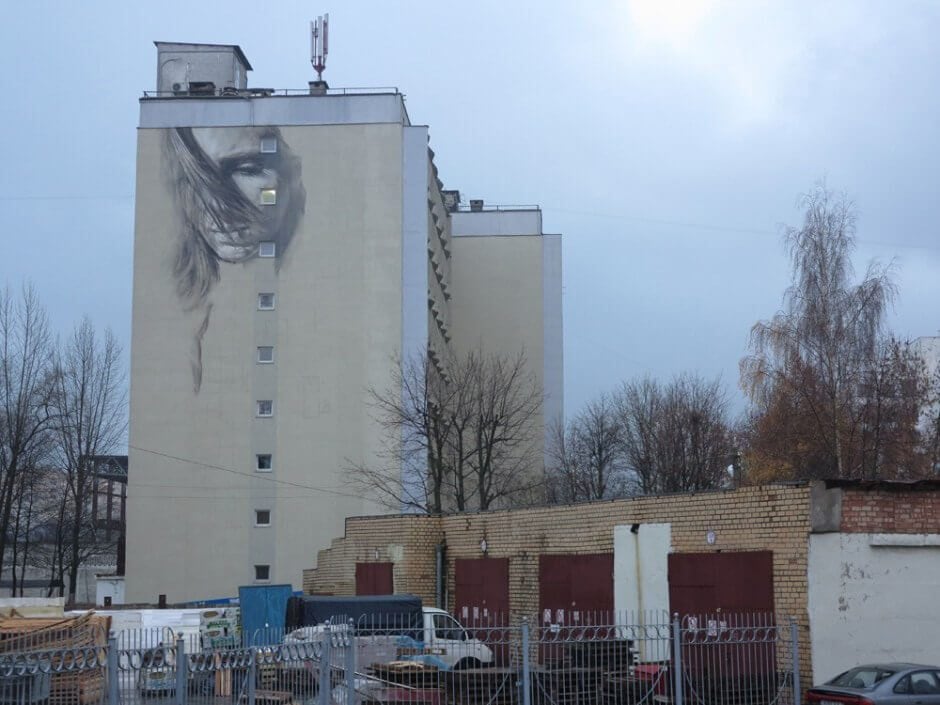