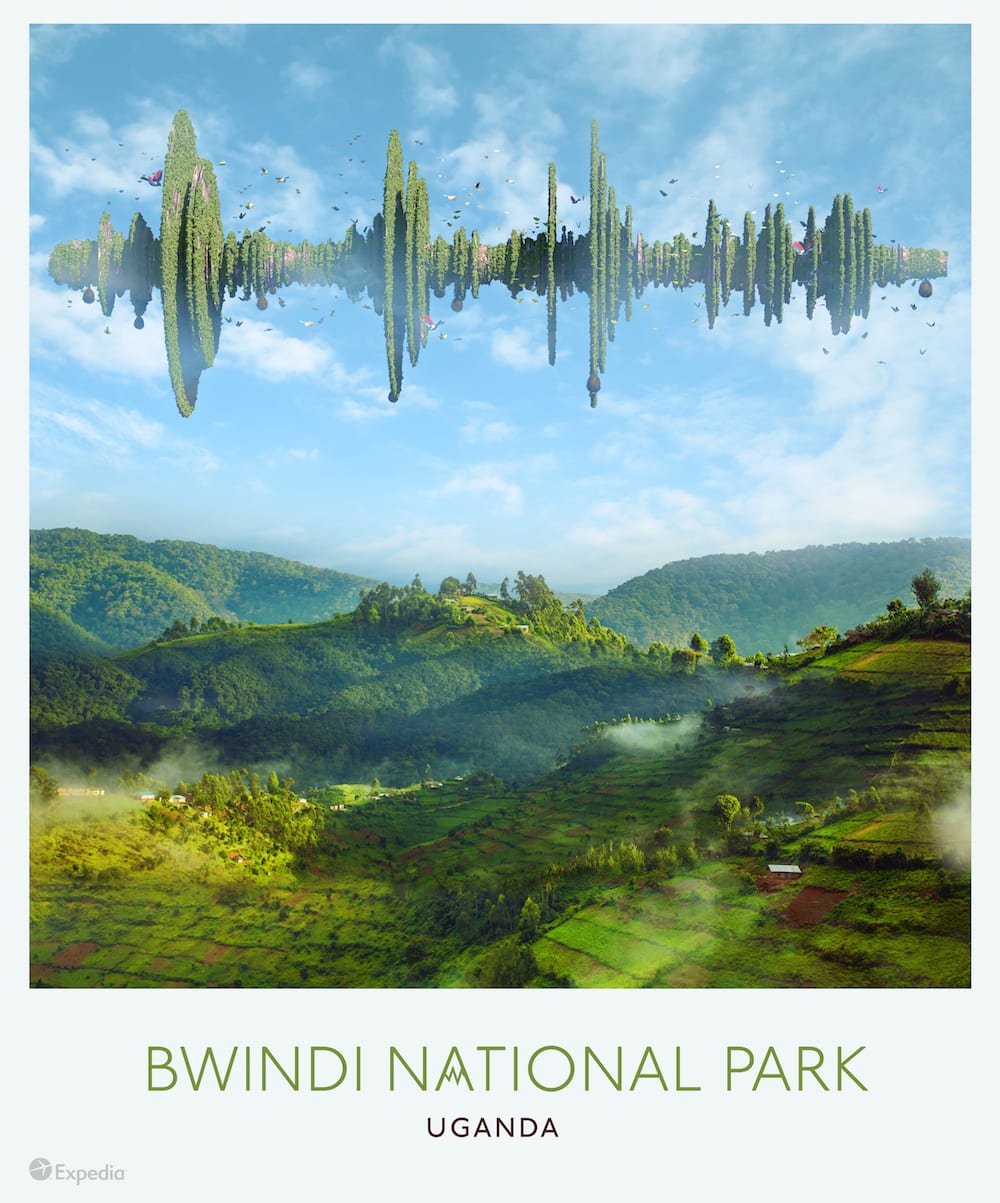 How do you visualize sound? You’ve probably seen the waveforms that are today’s most common means of sound visualization – they’re used by sound engineers so they know what they’re dealing with at a glance, and as a shorthand for listeners on websites such as Soundcloud to be able to orient themselves in the music that they’re hearing.

But unless you’re one of those sound engineers – and a particularly poetic one at that – the idea of looking at a series of wavy lines for pleasure or meaning probably feels pretty remote.

The folks at Expedia picked up on this, and connected it with an often-overlooked joy of travelling: to listen. By taking the waveforms created by some of the most wonderful and remote sounds in the world and mashing up some pretty startling pictures of the surrounding environment, they’ve created a series of photographic remixes that manage to capture both the musicality and the color of the phenomena that they record.

The sound of Saharan dunes groaning as the subsiding sand particles grind against each other gets the full sandstorm treatment, dust and sunlight mixing together in an explosion of gold and blue. The sound of the Amazon inspires a more idyllic interpretation: sunlight, defused through the treetops, creates a dreamy glow around the vines that tangle around the waveform, while tropical birds scatter from the visual sculpture like music notes in an old Disney cartoon.

The rocky coastline of Ecuador’s Galapagos islands becomes a scattergun warning shot of clattering rocks, sent to keep meddling tourists away from the precious, diverse flora and fauna that inspired Darwin’s theory of evolution. Listen to the accompanying field recording and you’ll hear the laughter of a sea lion family as they watch you scarper.

Sounds inspiring? Check out Expedia’s image and sound set to witness this unique encounter between the sonic and the visual. 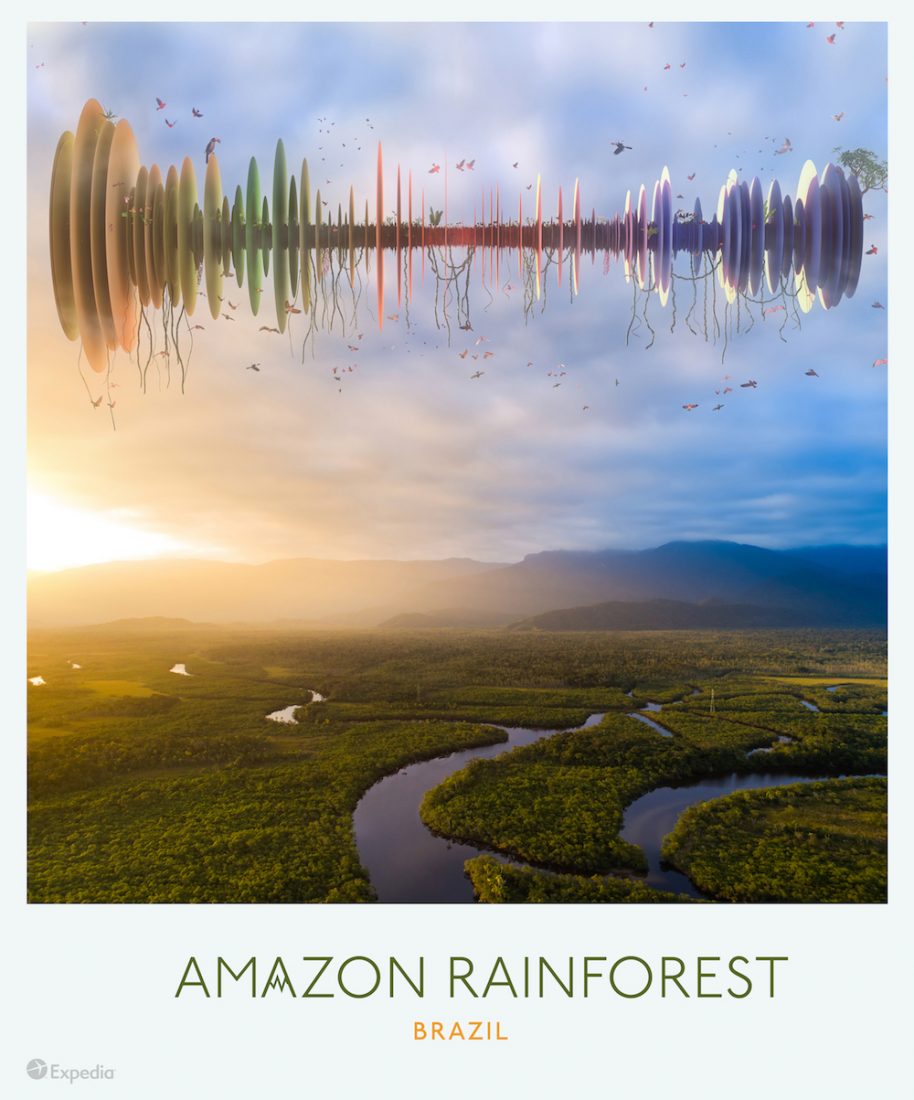 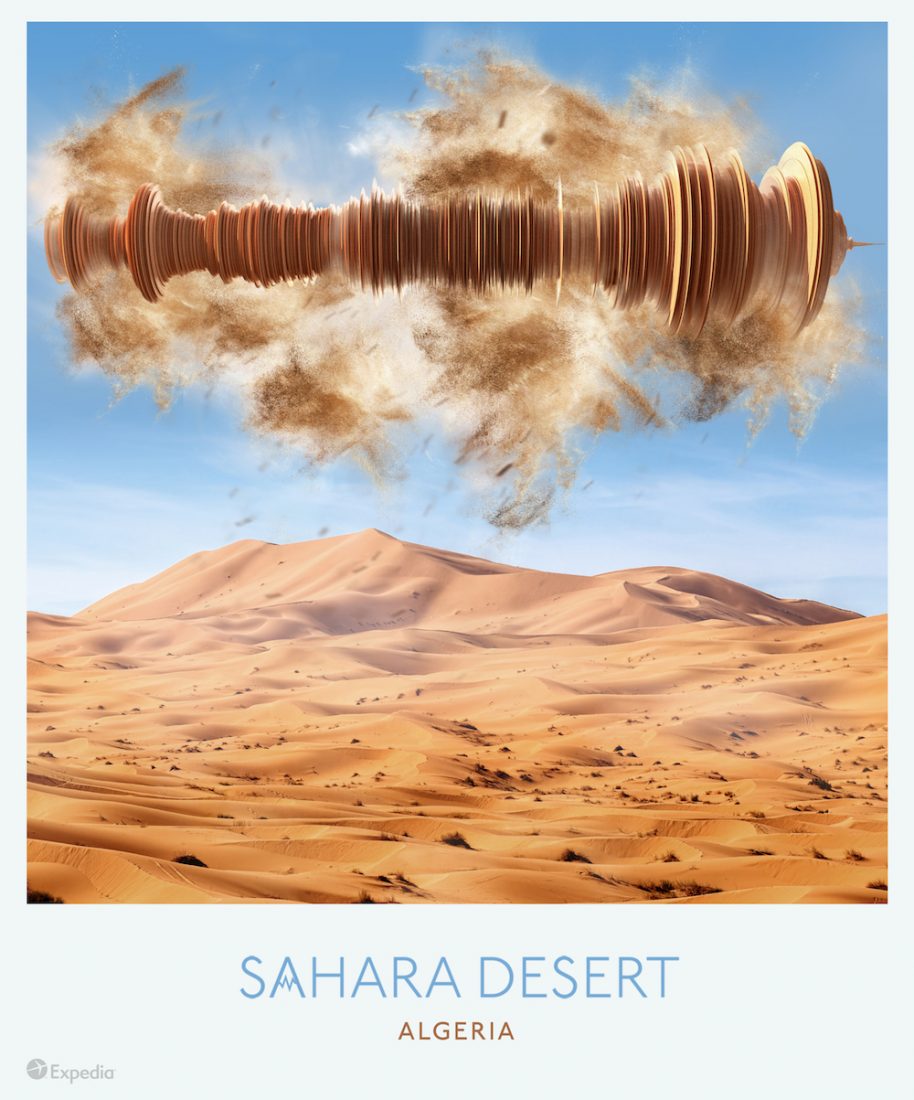 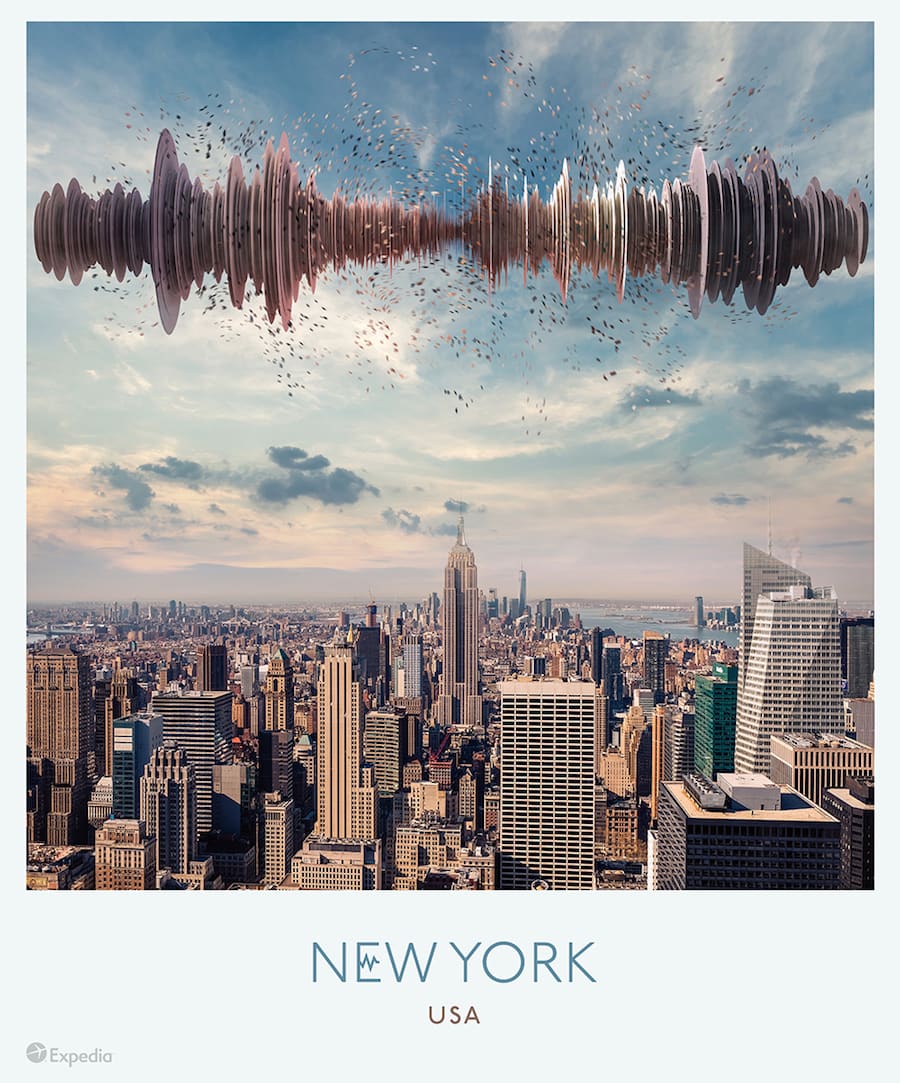 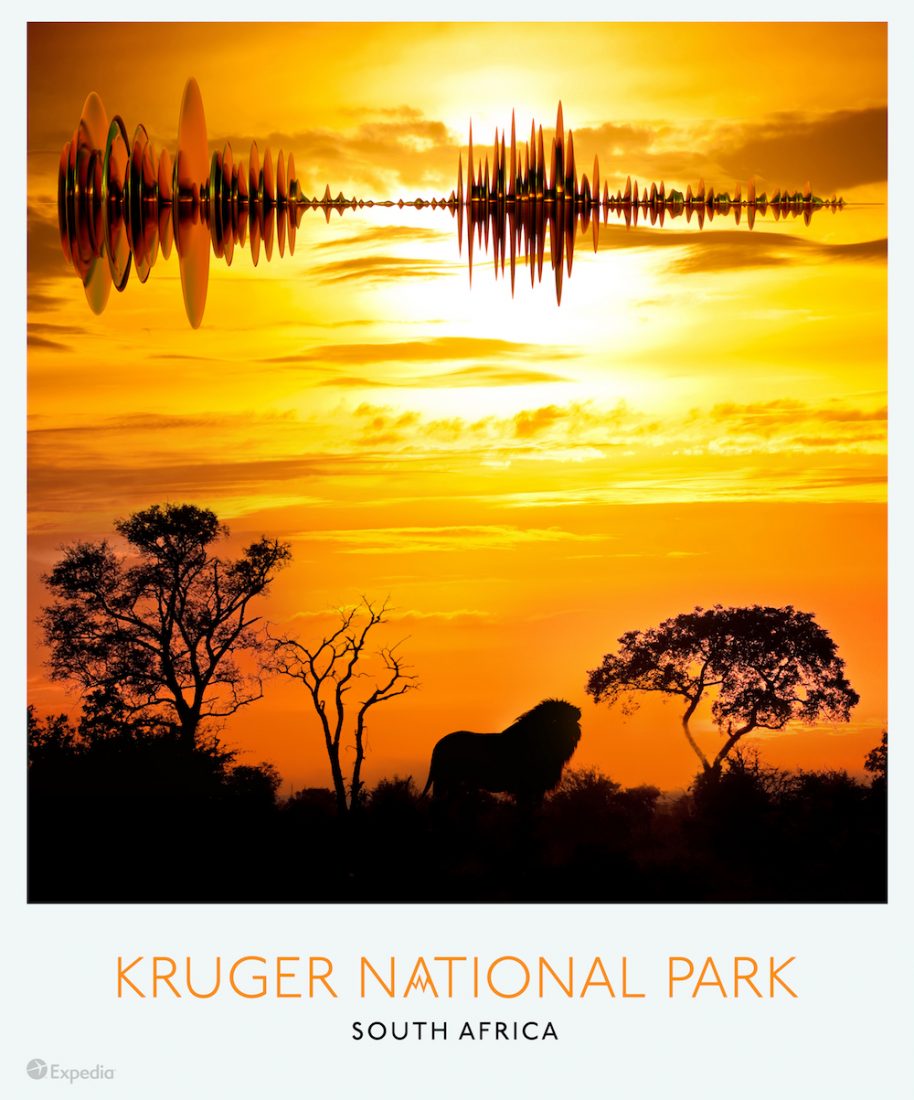 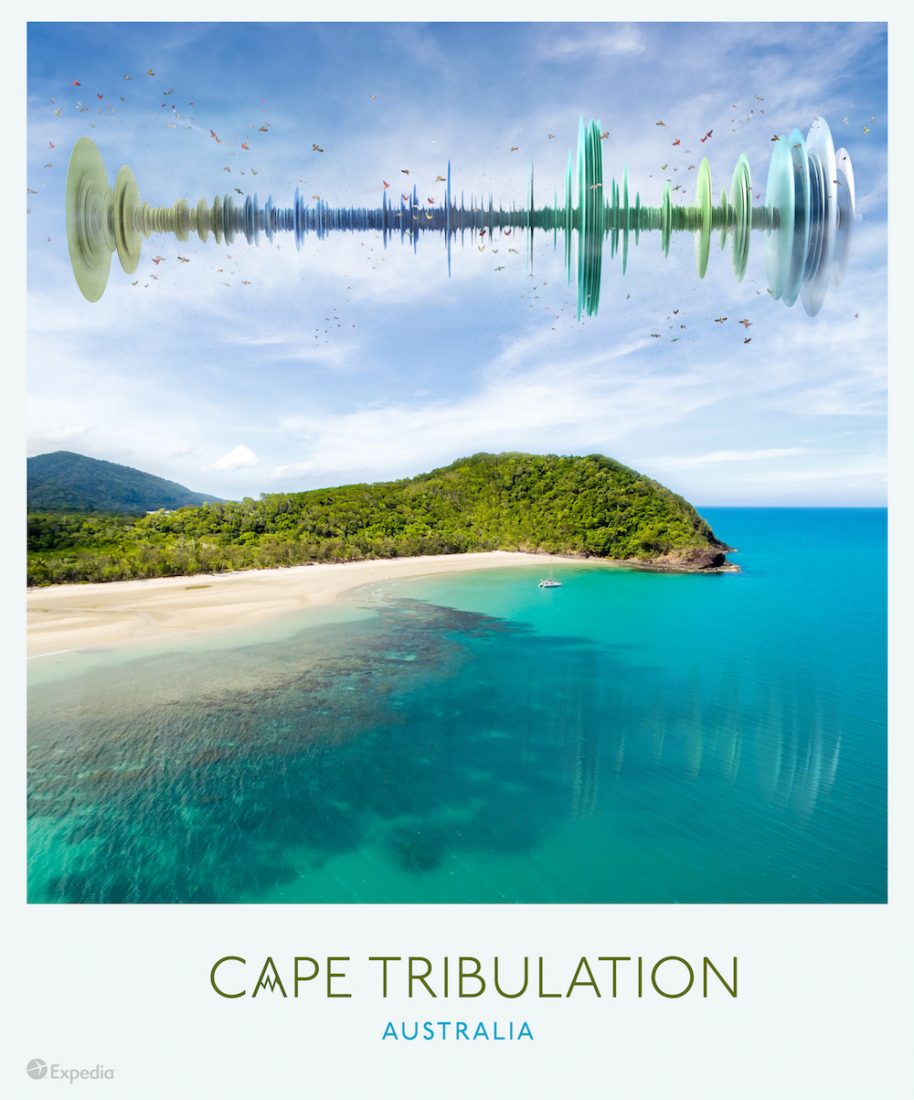 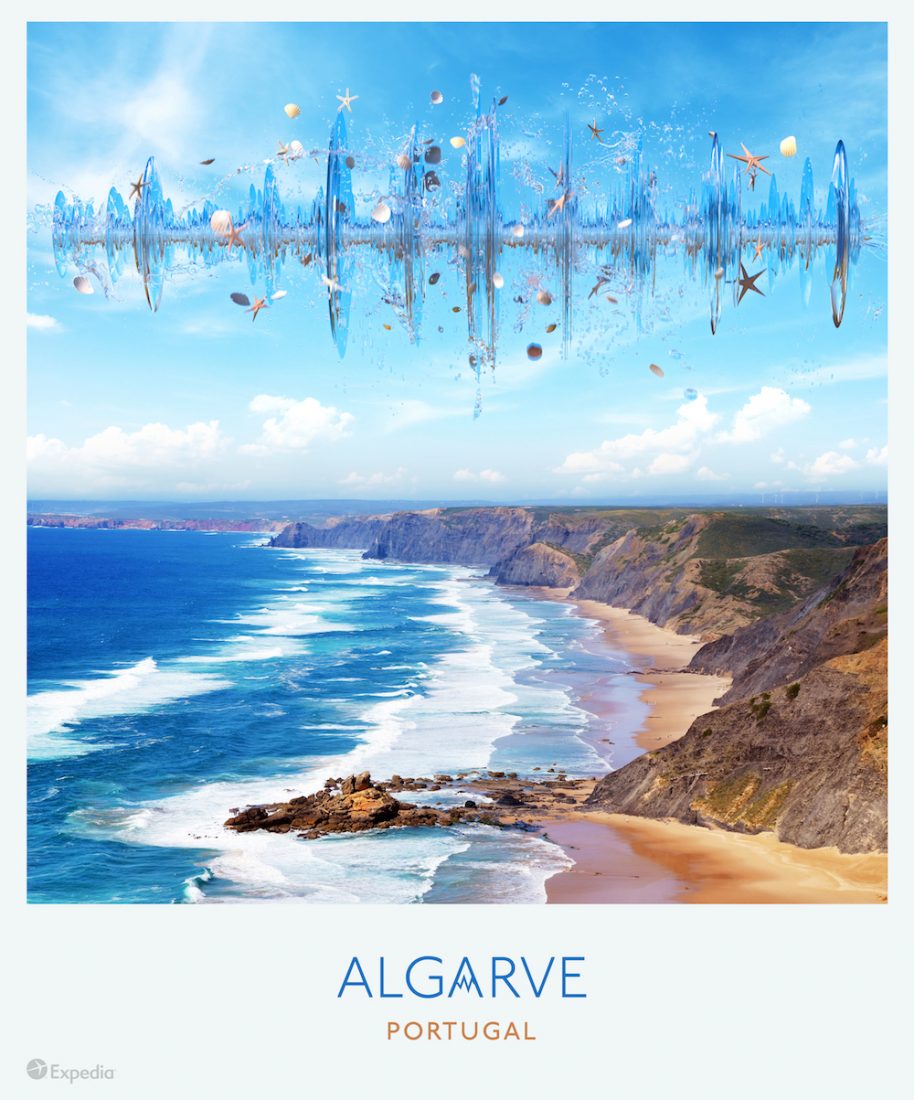 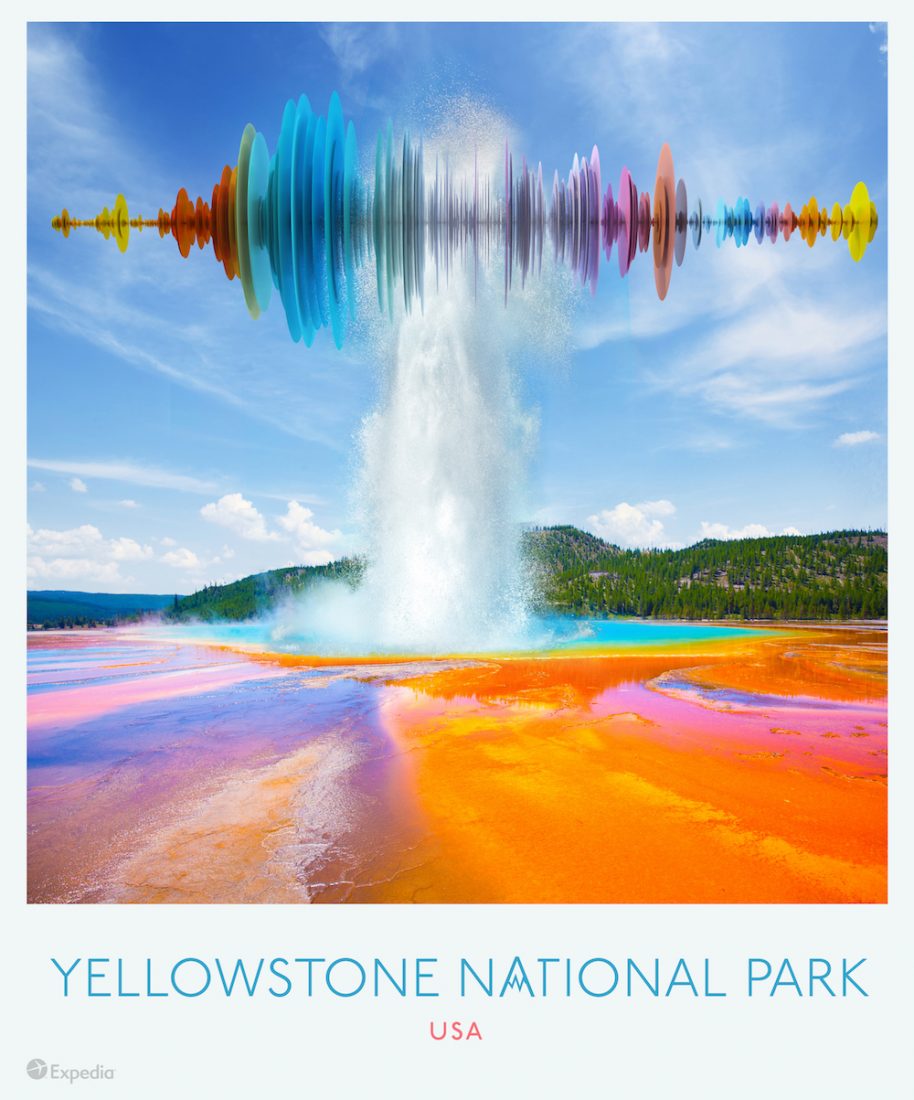 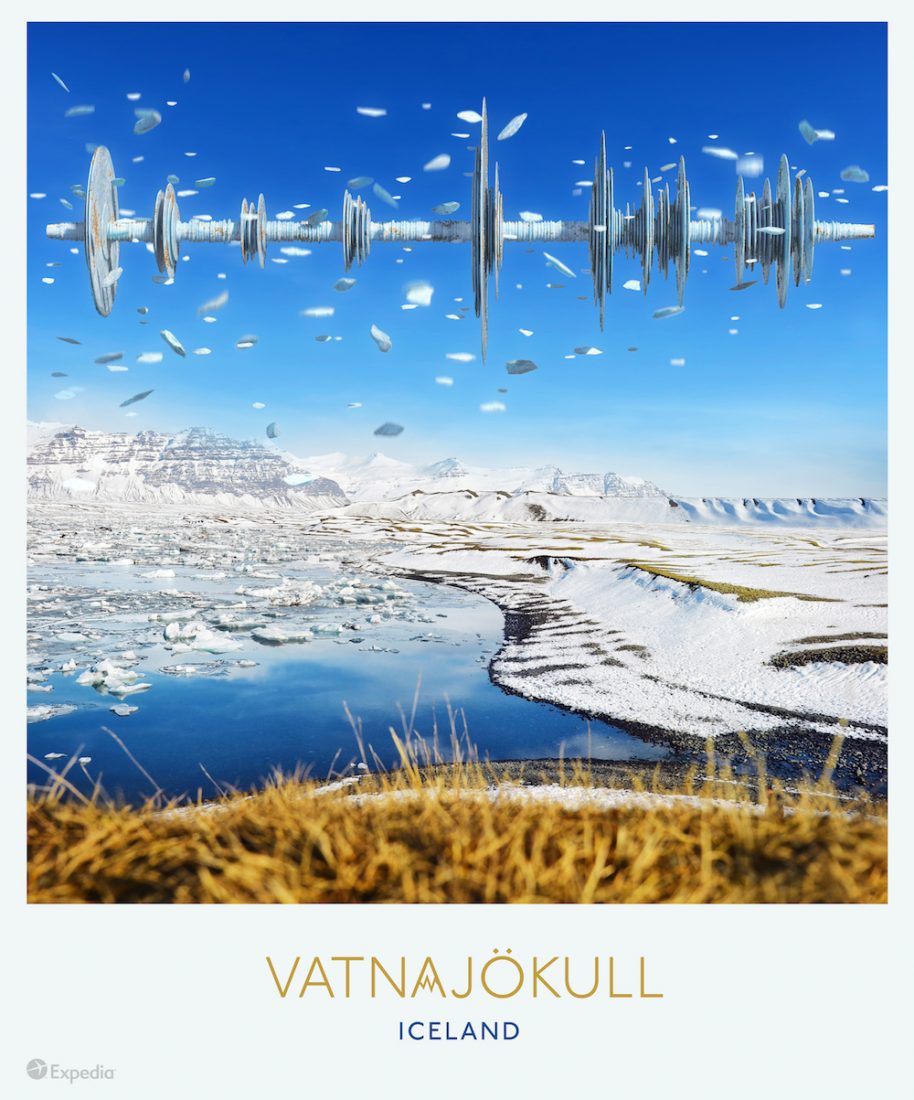