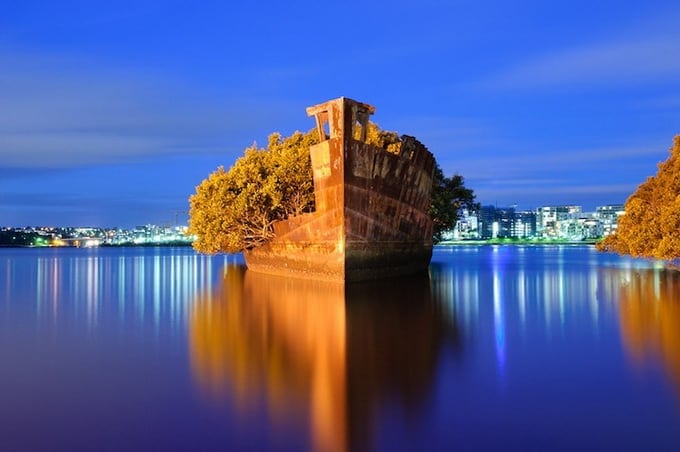 There are a lot of shipwrecks in Sydney’s Homebush Bay, near the Olympic village, but none quite like the SS Ayrfield, also known as “The Floating Forest” for the lush mangrove vegetation that now covers its rusty hull. The SS Ayrfield, was a collier ship built in England in 1911 and used by the Commonwealth Government during World War II to transport supplies to American troops in the Pacific. It was sold in 1950 and operated as a collier on the sixty-miler run between Newcastle and Sydney, until 1972 when the ship’s registration was canceled and it was sent to its final resting place, Homebush Bay. 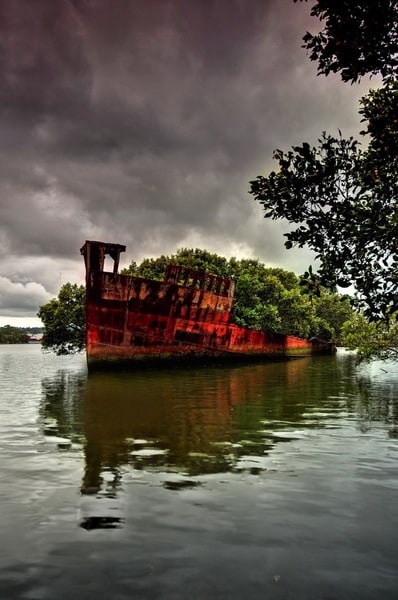 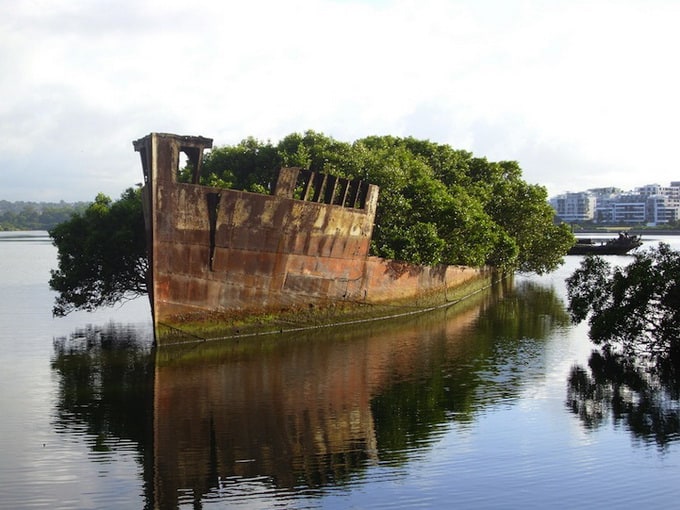 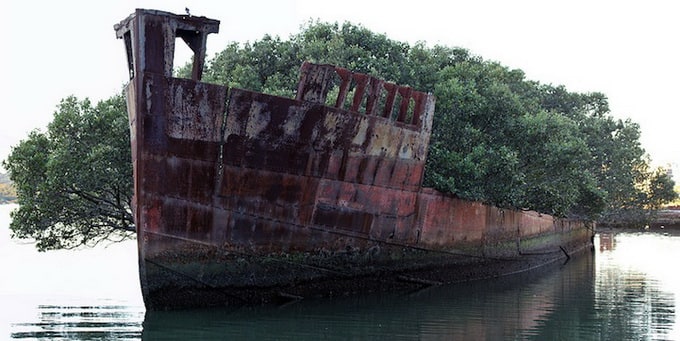 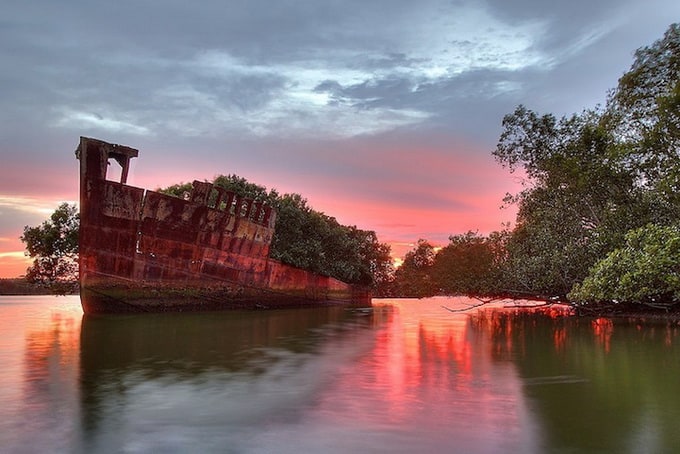