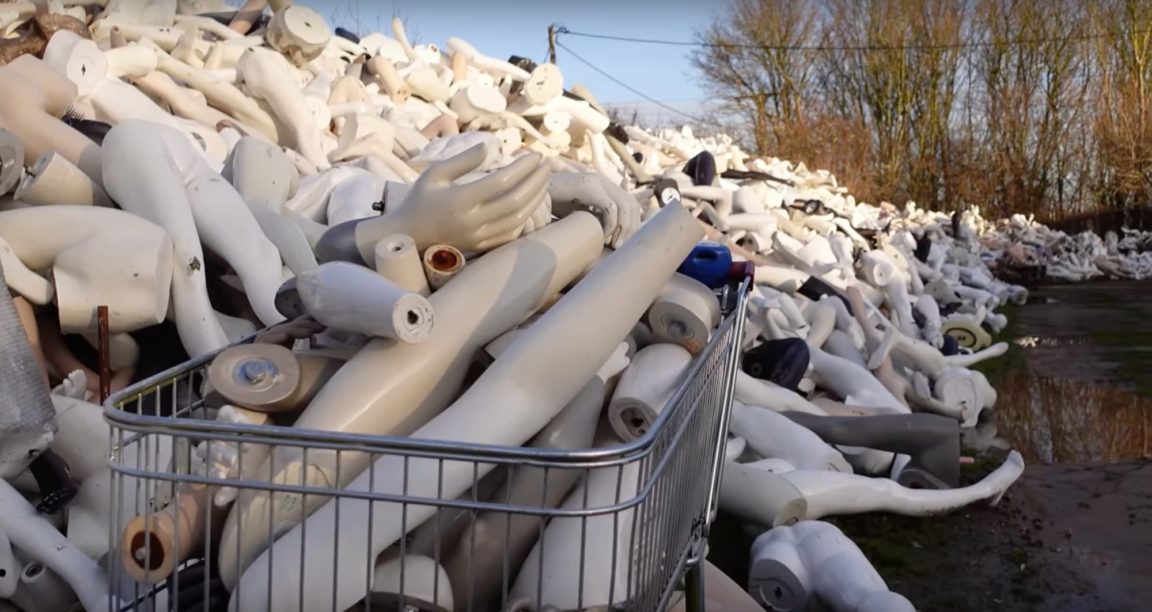 In Lincolnshire, it’s not unusual for people to perform what’s known as a “drive-through body part heist” in the woods. The amusingly named outing involves a visit to Mannakin, a Midlands mannequin supplier visited by many clients, including merchandise buyers, film crewmembers, and Halloween fans, where visitors spend 15 minutes searching its meter-high mountain of discarded forms for body parts. Overhauling a car to contain as many pieces as feasible is merely one aspect of the firm’s business model, which entails recycling used fiberglass displays from landfills and returning them to the retail market.
English YouTuber and educator Tom Scott explore the enormous pile in Roz Edwards’s Amassing of Figures in a new video. A short documentary project delves into their technique for rejuvenating old limbs, torsos, and arms and confronts the strange, surreal setting that arises when thousands of lifeless bodies cohabit a single place.