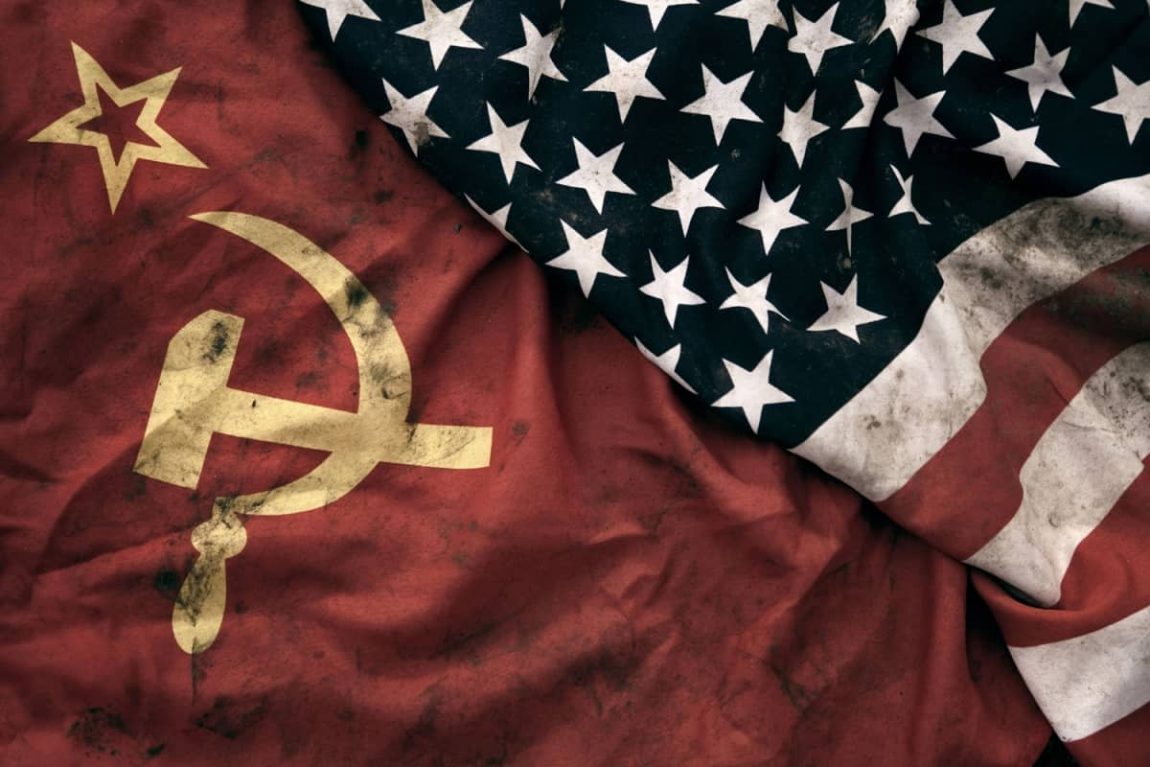 The Cold War, often dated from 1947 to 1991, was a sustained state of political and military tension between powers in the Western Bloc, dominated by the United States with NATO among its allies, and powers in the Eastern Bloc, dominated by the Soviet Union along with the Warsaw Pact. This began after the success of their temporary wartime alliance against Nazi Germany, leaving the USSR and the US as two superpowers with profound economic and political differences.