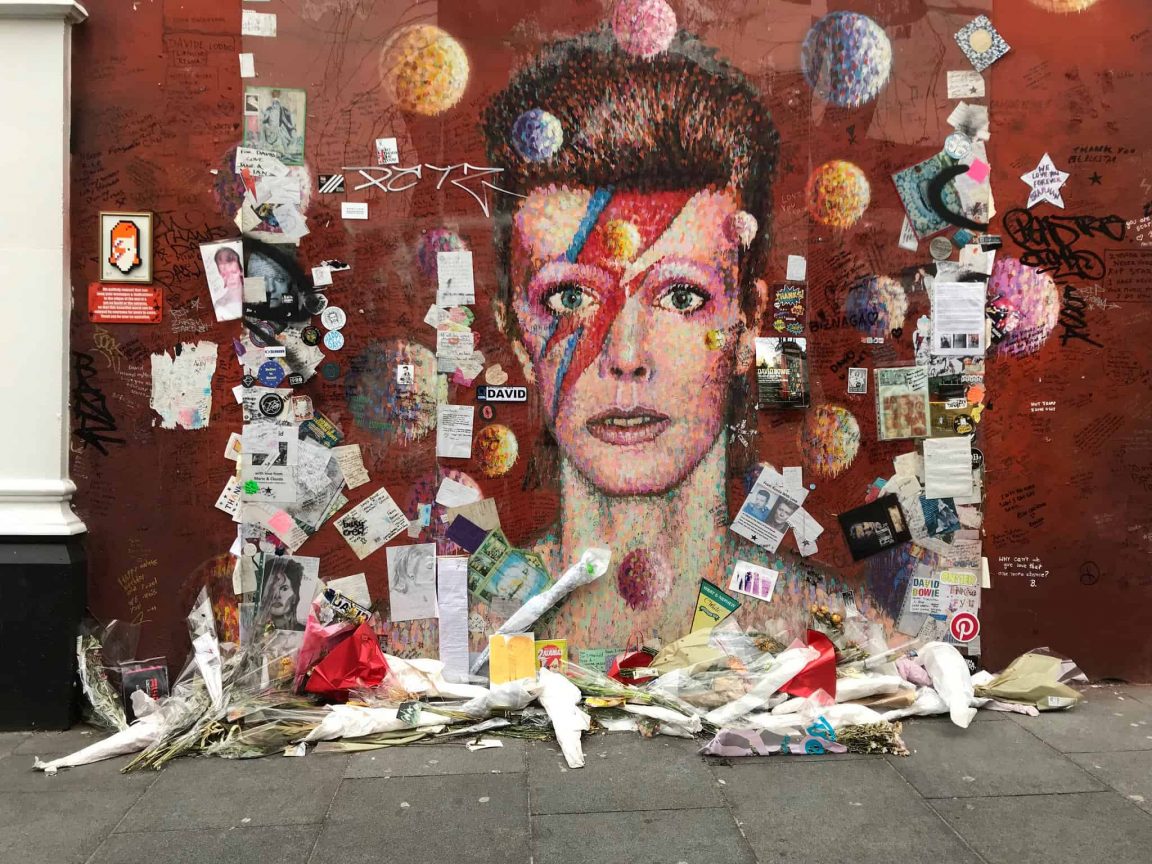 Almost everyone has heard of British graffiti artist Banksy since his meteoric rise to worldwide fame in the early 2000s. His recognizable stenciled style blending pop culture with social commentary catapulted him out of the streets of Bristol and onto the international art scene. With one-piece, “Keep It Spotless,” selling for almost $2,000,000 at an auction in 2008, Banksy’s popularity has helped make street art quite a success.

However, genre-defining as he may be, Banksy did not invent the modern street art phenomenon. He may have achieved unprecedented success with his work, but there are plenty of other artists using the same mix of pop culture and a sociopolitical message in their designs.

Brooklyn duo Patrick McNeil and Patrick Miller or FAILE have been collaborating on large-scale street art pieces since 1999. They now have work displayed all over the world including installations, wall paintings, and mixed media creations.

The two artists cite their inspiration as coming from all areas of pop culture including comic strips, book covers and pulp fiction novels. This is evidenced not only in the style of the pair’s illustrations but also the material they use. Employing a combination of painted stencils, wheat-pasted prints and salvaged material, FAILE builds an intriguing and tangible paper world out of their designs.

Recently, McNeil and Miller were invited to adorn the north tower of the Plaza Hotel & Casino in Las Vegas. Their largest mural to date, this massive piece stands at 21 stories tall and depicts an anthropomorphized husky playing poker. The multilayered work directly references the casino culture of its surroundings as well as Cassius Marcellus Coolidge’s famous painting “Dogs Playing Poker.”

In contrast to FAILE and Banksy’s often conceptual work, Australian street artist Jimmy C (or James Cochran) chooses to paint mostly portraits. He still uses his art as social commentary, but frequently in a more direct way. He paints recognizable likenesses of real people, whether world-famous or familiar faces from the area of London he calls home.

Perhaps one of his most well-known portraits to date is that of gold medal sprinter Usain Bolt on a wall in the East End of London. While you’re now more likely to find Bolt at somewhere like the Plaza as he faces off against Kevin Hart in a series of high-stakes challenges, in 2012 he was in London for the Olympic Games. Jimmy C wanted to paint a mural that reflected the multicultural neighborhood of Shoreditch, as well as the excitement in the city during the Olympics. Bolt became the mural’s subject, which was welcomed by both locals and visitors.

The portrait of Bolt became so well known that the artist was asked to recreate it in 2017 so that it could be included in a documentary made about the sprinter. Unfortunately, the work is no longer on display, but its reprisal image was sold in aid of a charitable cause.

Currently, Jimmy C is working on a collaboration with Aboriginal artist Elizabeth Close to create a portrait of an Aboriginal elder in Adelaide. Cochran has several other works displayed in his hometown including a beautiful rendition of Millais’ “Ophelia,” seemingly dividing most of his time between there and London.