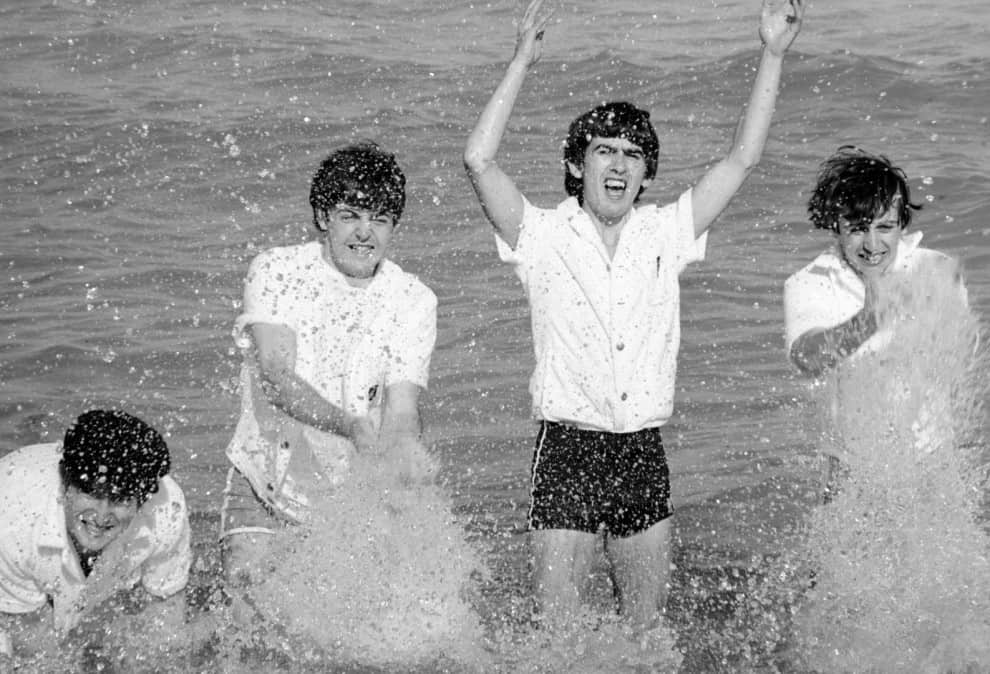 Just a week after their US television debut on The Ed Sullivan Show in February 1964, the Beatles were in such high demand that a second appearance on the popular TV show was scheduled form their hotel in Miami. There was supposed to be a photo shoot at the hotel before the filming, but the huge amount of fans that showed up made it difficult. The shoot was moved to a private residence in Miami where Bob Gomel photographed the band for LIFE. The photos were never published in the magazine but have recently been unearthed by Time. In the book Memories of John Lennon, edited by Yoko Ono, Gomel recalls the shoot:

After changing into matching bathing suits, four pale, skinny guys entered the pool. I asked them to just have fun. Ringo started a splash fight. John did a few cannonballs off the diving board. That captured moment became my favorite photograph. It hangs in my gallery today. 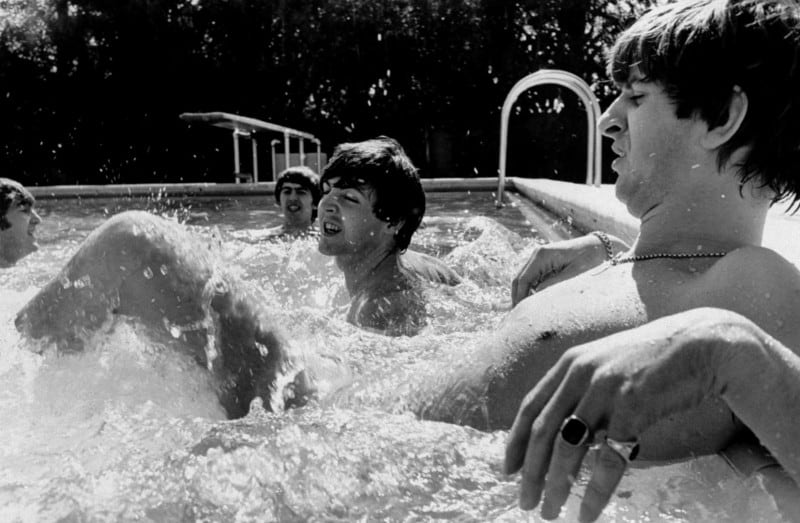 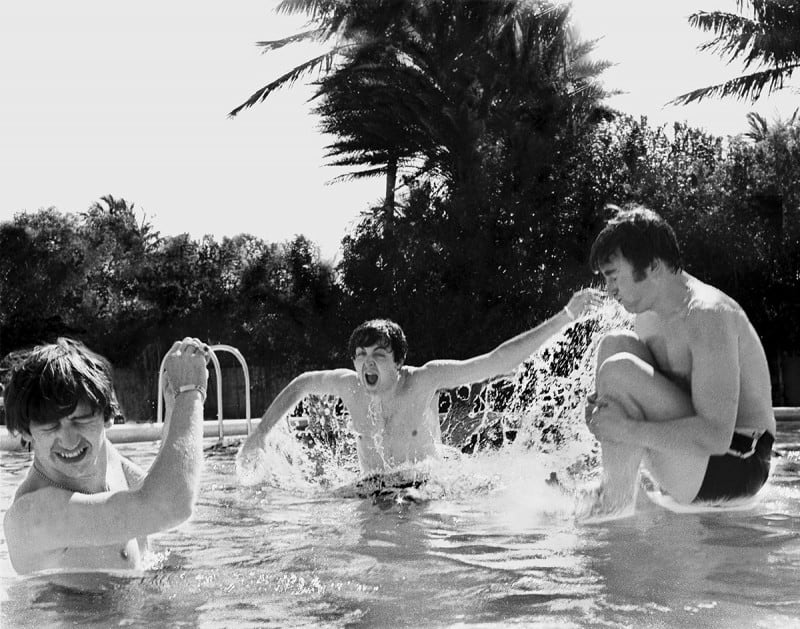 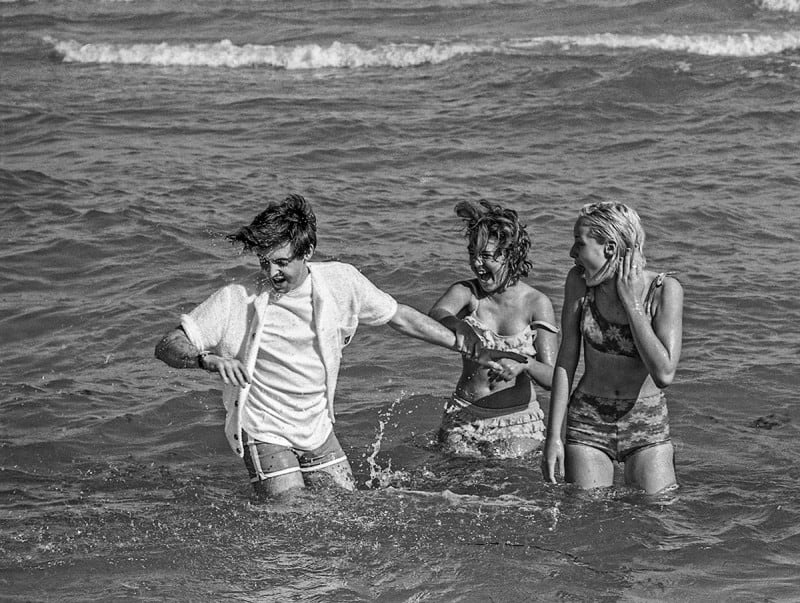