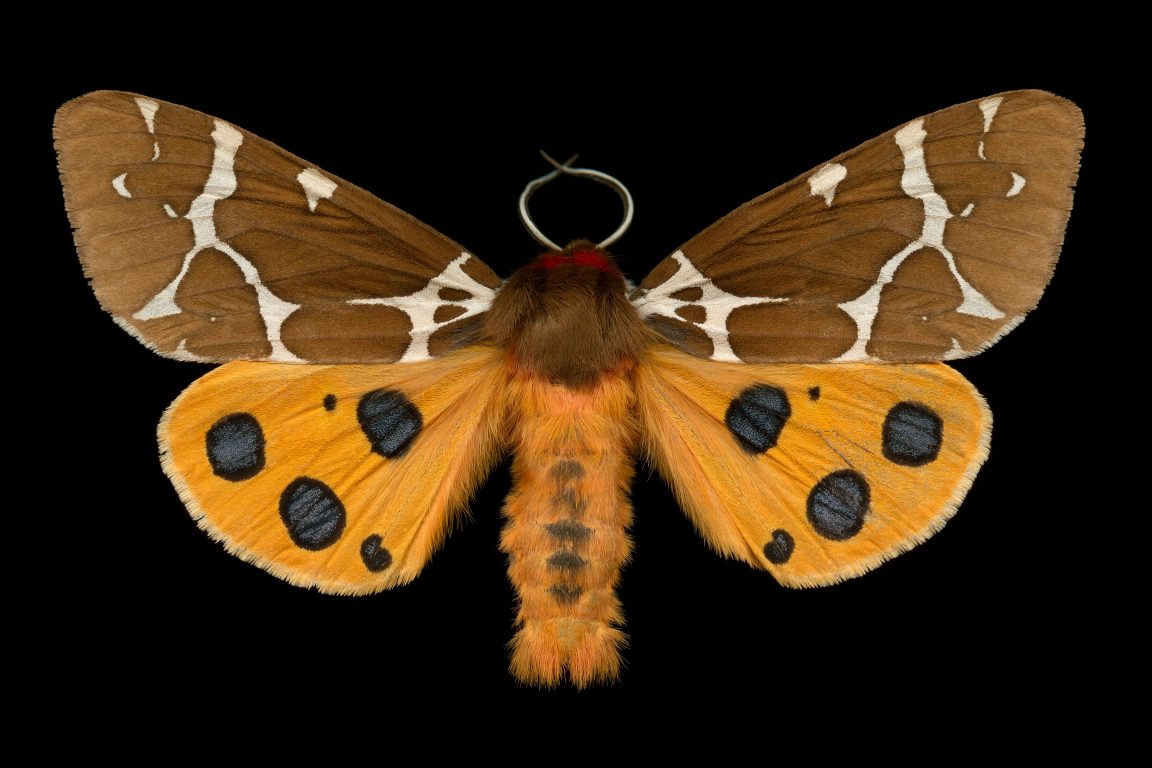 Canadian photographer Jim des Riviéres has created a collection of large-format prints displaying “the arresting beauty and surprising diversity of moths from the Ottawa region.” Having cataloged approximately 300 different species from the 2,000 specimens he caught, des Riviéres has grown to not only appreciate the beauty of these winged creatures through his art practice but also learned more about them.

The photographer’s fascination with moths first discovered while he was two years into his photographic obsession with butterflies. Upon seeing insects as an equally beautiful species with a much larger population, he switched his focus. He says, “Many of our moths are bigger and more colorful than our butterflies.”

Traveling up to 50 miles out of urban Ottawa, armed with only some supplies including a black fluorescent light to draw attention of the moths, des Riviéres would play the expecting game to catch his fuzzy little multi-patterned subjects.