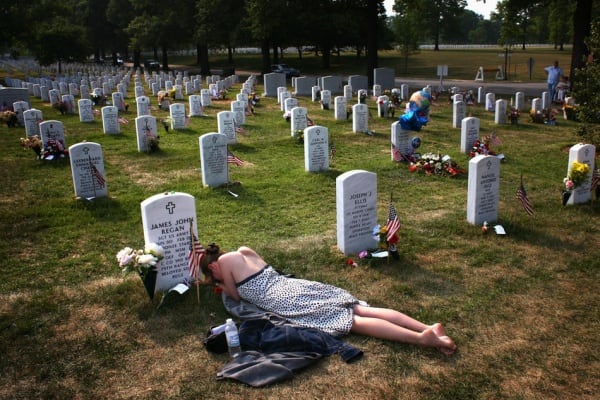 Sometimes even a single random shot can tell a lot or cause the strongest emotions. We propose to look at a series of photos that are impossible to see with indifference.

Mary McHugh mourns her slain fiance, Sgt. James Regan, at Arlington National Cemetery on May 27, 2007. Regan, a U.S. Army Ranger, was killed by an IED explosion in Iraq.

Photo of a man who giving his shoes homeless girl in Rio de Janeiro. The girl began to cry.

Hugs between Lion “Jupiter” and Anna Torres, founder of the animal shelter. Columbia.

The strength of the human spirit

Funeral of dog who saved thousands of lives during the terrorist attacks in Mumbai in 1993, having found 3 tons of explosives.

Meeting with his father

The meeting of generations

Boy saves his cat during a flood.