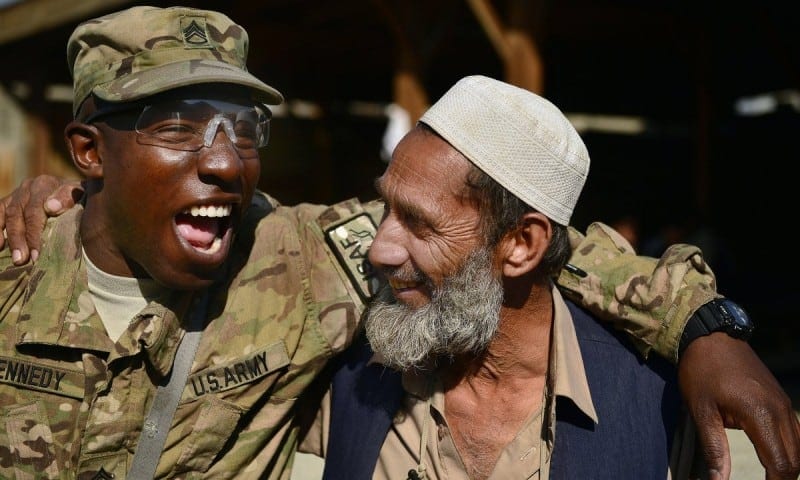 Earlier this year, a panel of judges based in Fort Meade, Maryland made their selections for the 2014 Military Photographer awards. The judges handed out awards to military photographers for their amazing work in ten different categories including Sports, Pictorial, and Combat Documentation (Operational). Air Force Staff Sgt. Vernon Young was selected as the Military Photographer of the year. His photos show everything from Afghans to scenes of US forces training before deployment. 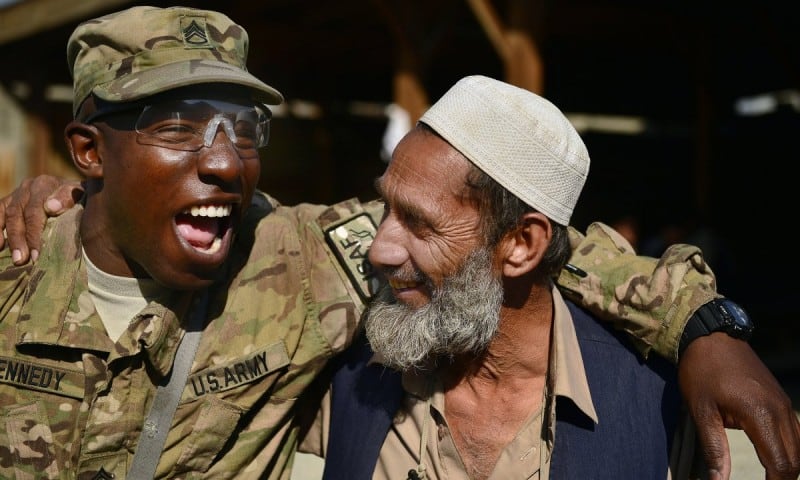 US Army Staff Sgt. Damion Kennedy shares a laughs with a local Afghan man as he provides overwatch for a base detail project on April 8, 2014. 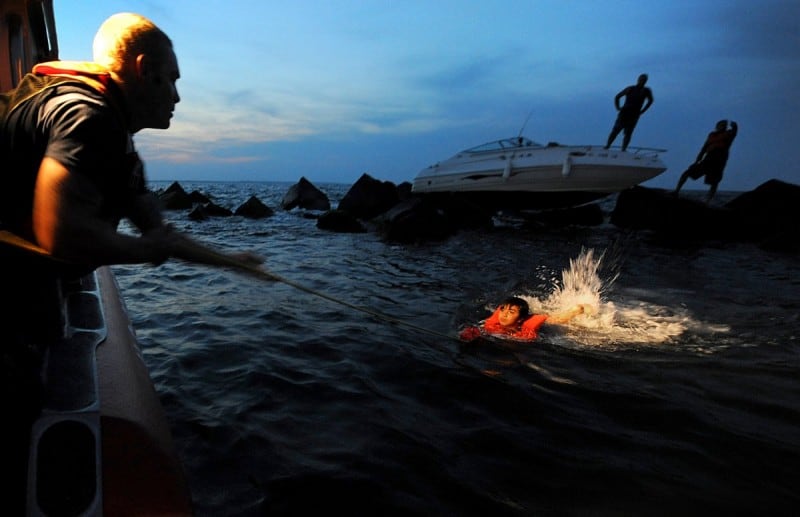 Petty Officer 3rd Class Joshua Zartman of Coast Guard Station Mayport, Florida, pulls 10-year-old Nmir Ali Mahmoud toward a Coast Guard boat while rescuing him, his father and another man who were stranded aboard their 21-foot boat after running it aground on top of a jetty on May 24, 2014. 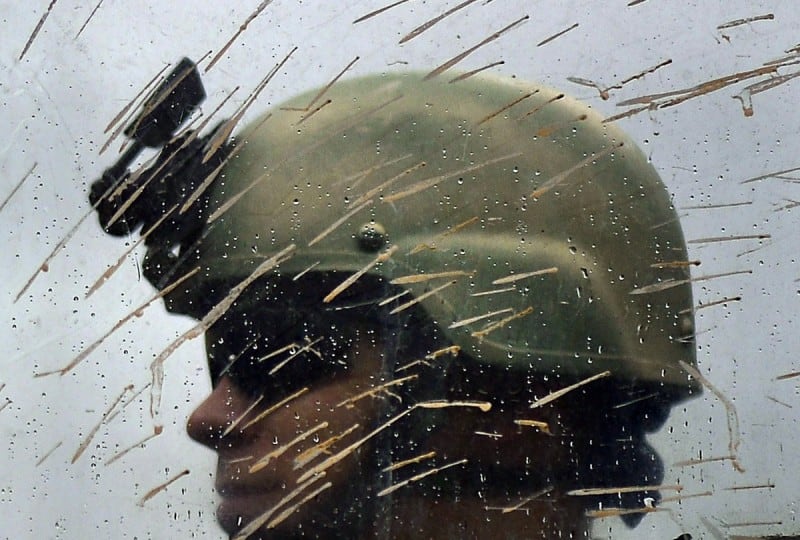 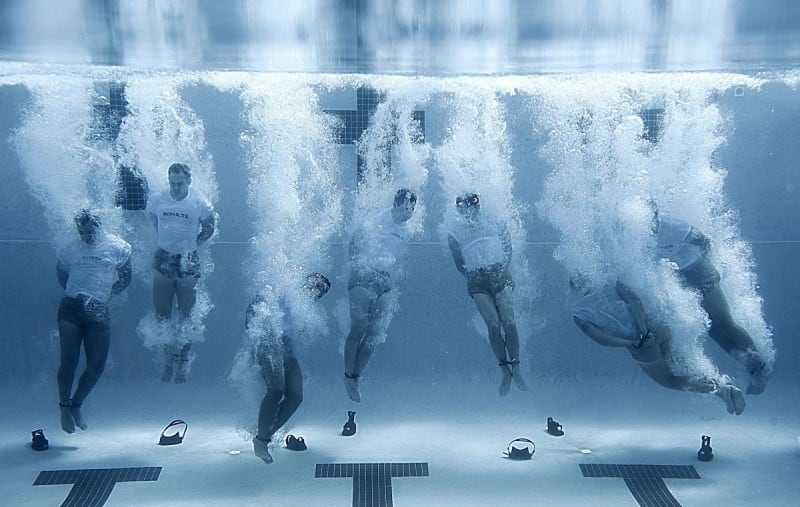 Members of the Special Tactics Training Squadron enter a pool with their hands and feet bound. The drown-proofing exercise teaches students to remain calm in the water during stressful situations, skills that could prove vital during real-world operations. 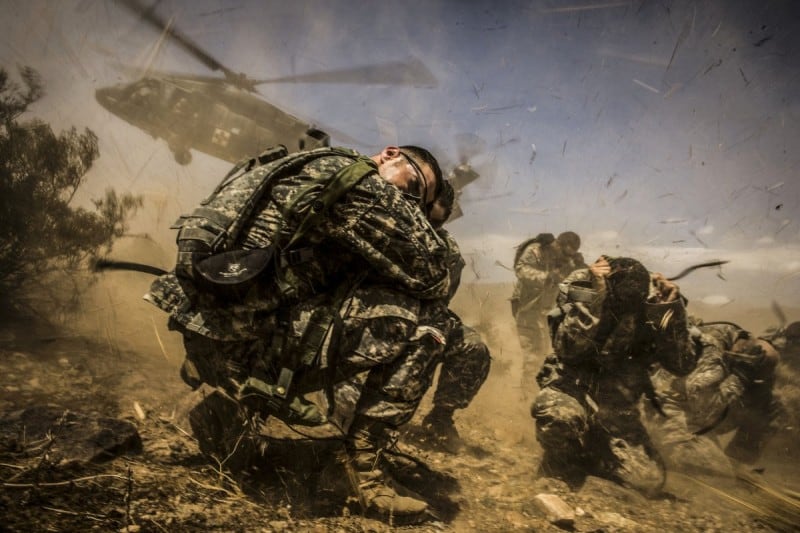 US Army Soldiers assigned to the 3rd Squadron 17th Regiment are picked up by a blackhawk helicopter after participating in a survival, evasion, resistance and escape exercise during Decisive Action Rotation 14-09 at the National Training Center at Fort Irwin in California on Aug. 13, 2014. Decisive action rotations attempt to reflect the complexities of the potential adversaries the US military could face and include training against guerilla, insurgent, criminal and near-peer conventional forces. 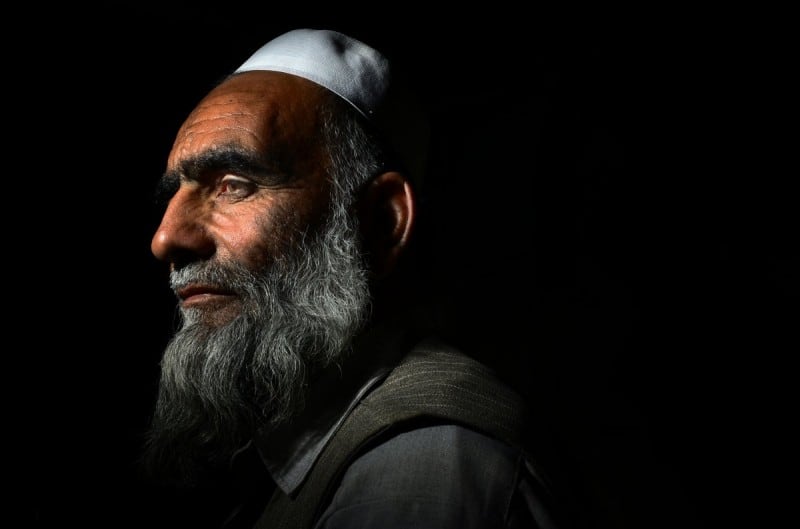 An Afghan man spends a moment alone inside the Afghan National Army (ANA) military planning room prior to serving tea to soldiers on June 11, 2014. The Afghan man provides drinks and cleaning supplies to soldiers as they transition in and out of the ANA command section. 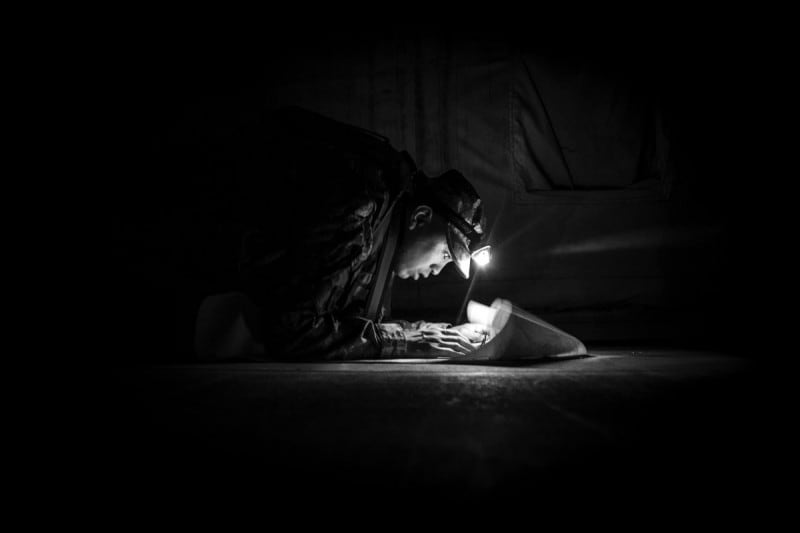 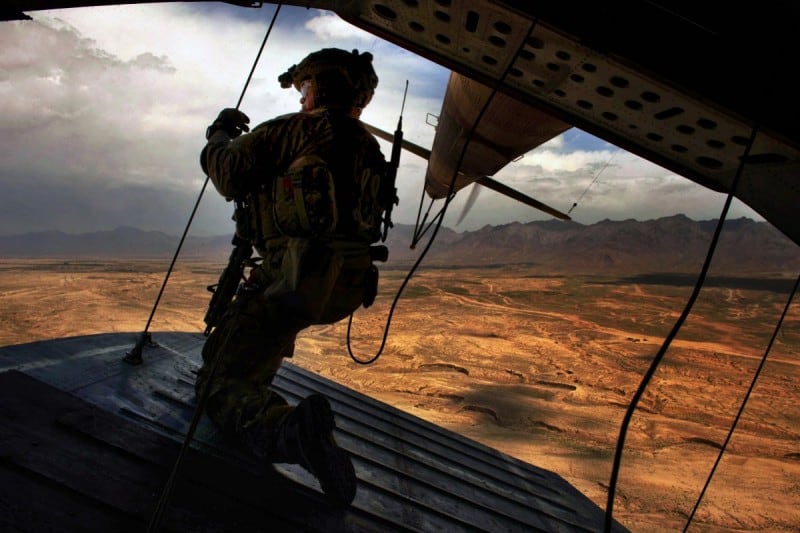 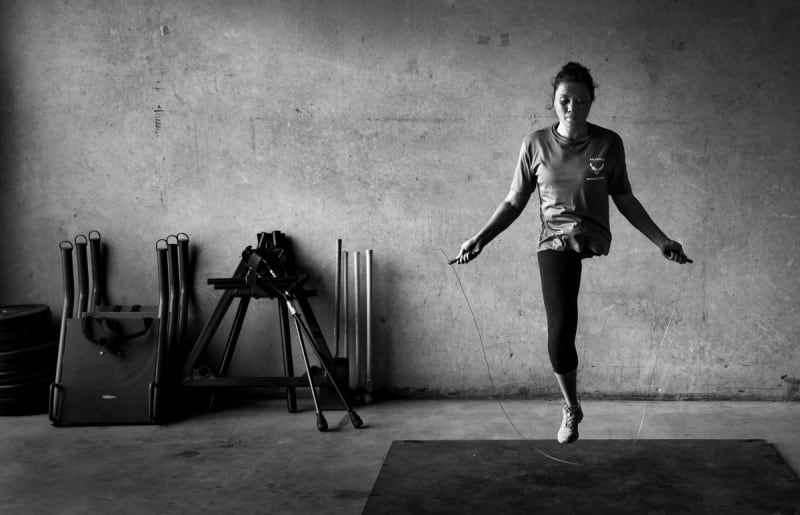 US Air Force Capt. Sarah Evans jumps rope in a gym in San Antonio, Texas. Evans was diagnosed with cancer while deployed to Afghanistan and was medically evacuated back to the United States where her leg was amputated. 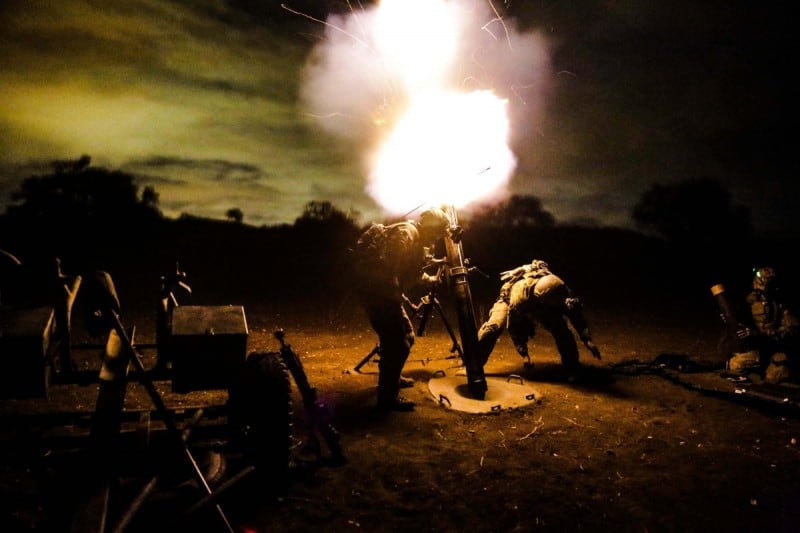 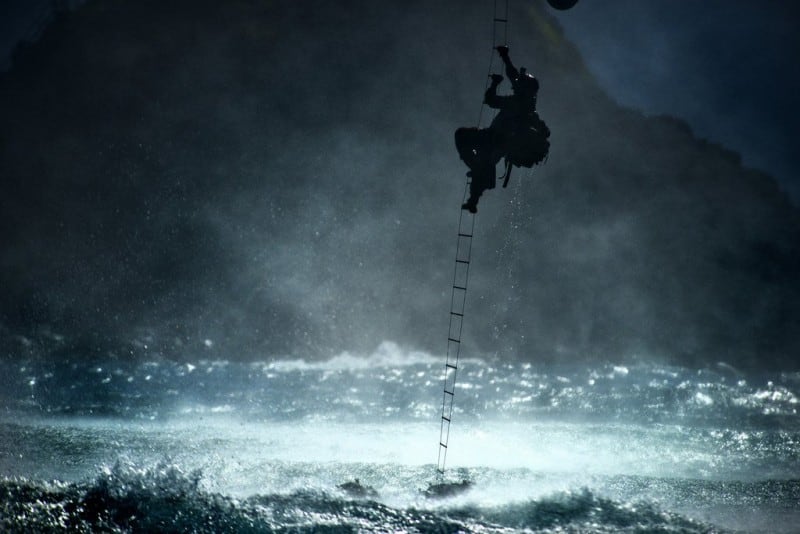 A 22nd Special Tactics Squadron Airman climbs a ladder into a CH-47 Chinook helicopter hovering over the ocean on June 20, 2014. 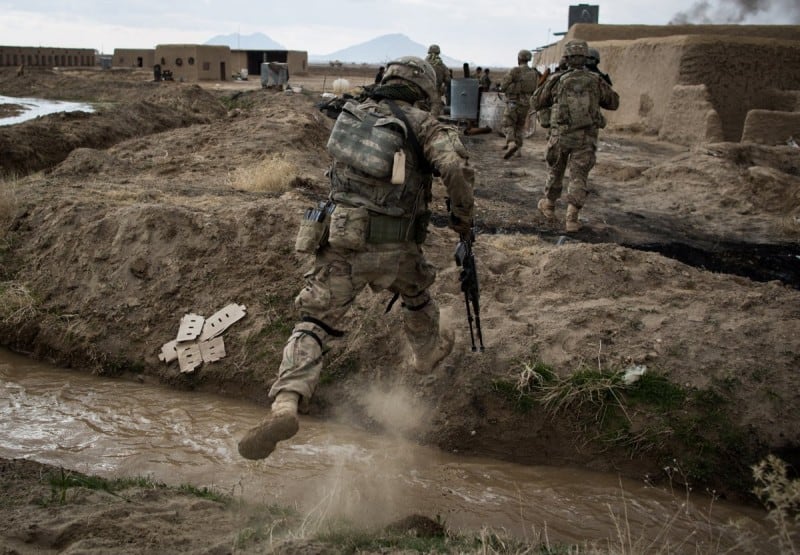 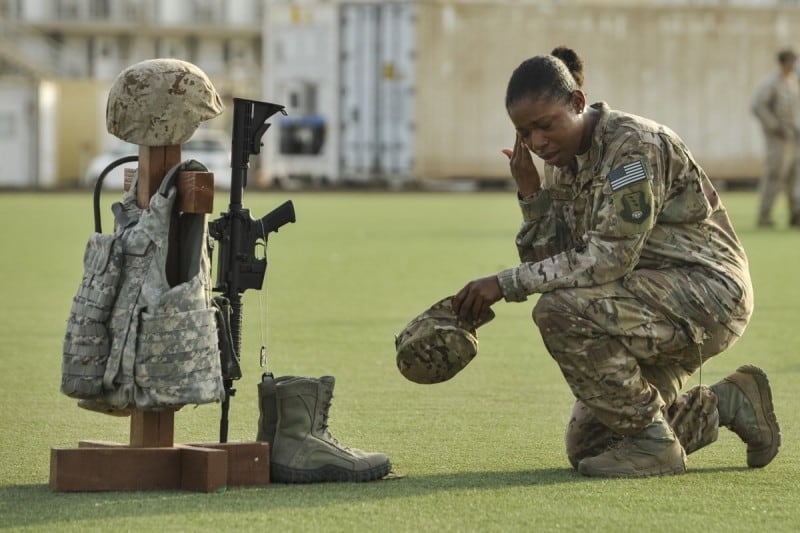 US Air Force Master Sgt. Tiffany Robinson, assigned to 449th Air Expeditionary Group, kneels in front of a battlefield cross following a Memorial Day ceremony at Camp Lemonnier, Djibouti, on May 26, 2014. The cross was created with combat gear representing each of the five US military branches, in commemoration of fallen service members. 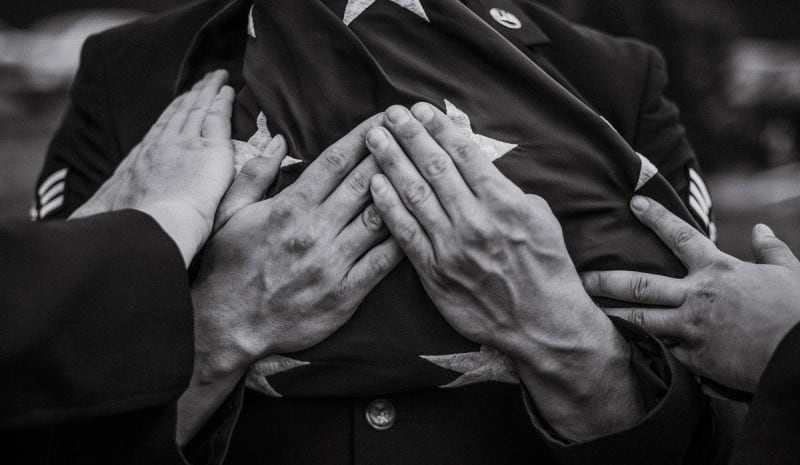 Three 86th Aircraft Maintenance Squadron Airmen secure the American flag during the sounding of retreat at Ramstein Air Base, Germany, on June 27, 2014. A US Marine assigned to Echo Company 4th Reconnaissance Battalion rappels out of a CH-46E Sea Knight helicopter at Camp Upshur, Marine Corps Base (MCB) in Quantico, Va. on July 17, 2014. The training exercise was part of a week-long jump, dive, breach, and shooting package conducted around Quantico. 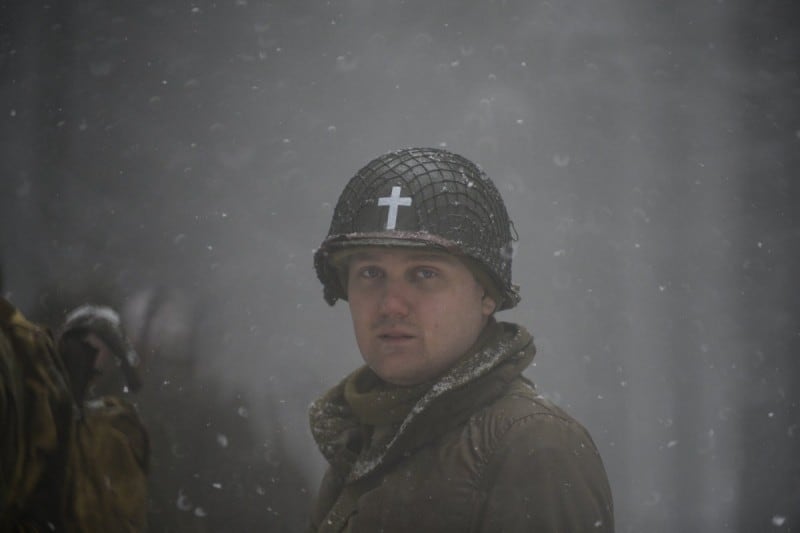 A Polish World War II re-enactor portrays an army chaplain with the 106th Infantry Division in the same forest the 106th fought in 70 years previously during the Battle of the Bulge, on Saturday, Dec. 13, 2014. 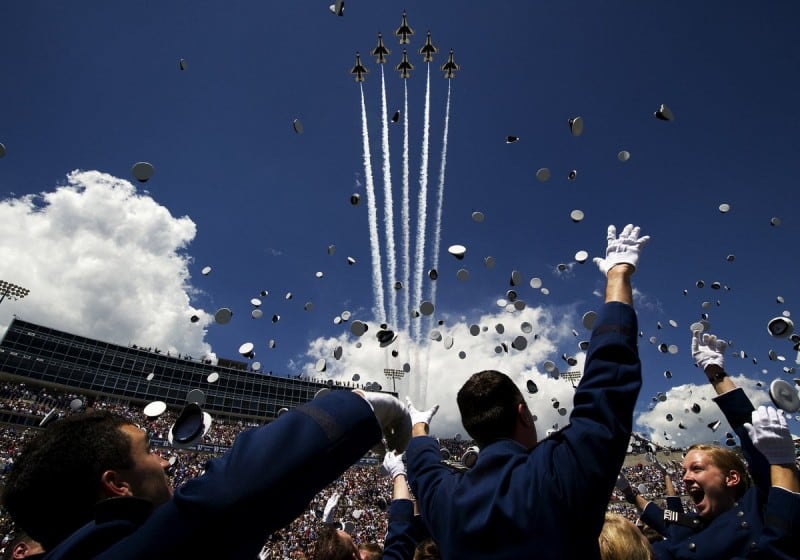 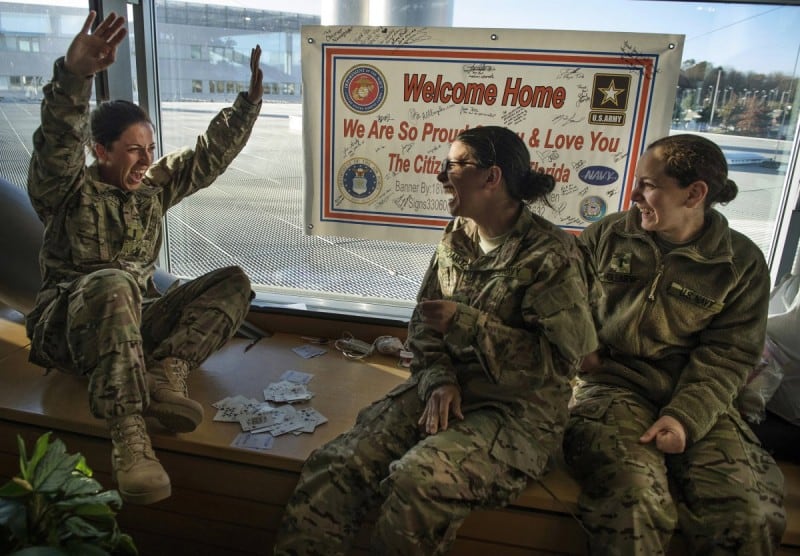 Casualties airlifted by an Afghan Air Force C-130 Hercules from a Taliban attack on Camp Bastion are offloaded on Dec. 1, 2014 at Kabul International Airport. The Afghan military successfully repelled the attack on the camp, and had been given control of the base by coalition forces a month earlier. 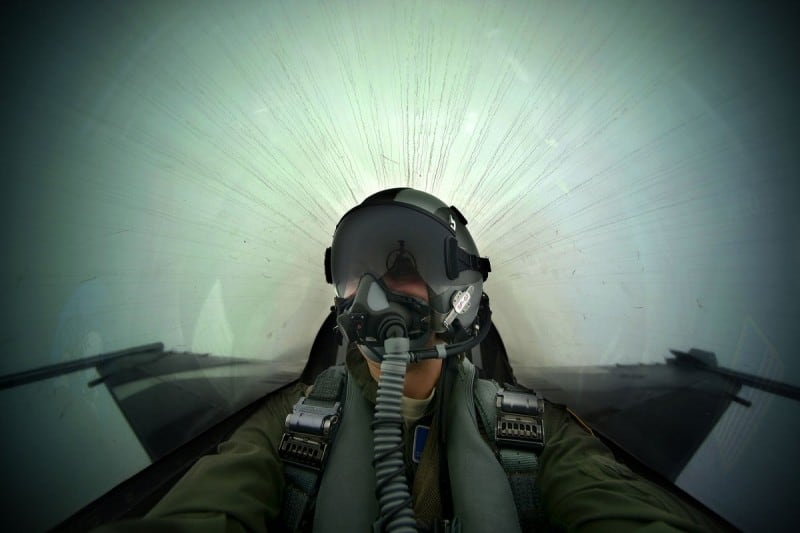