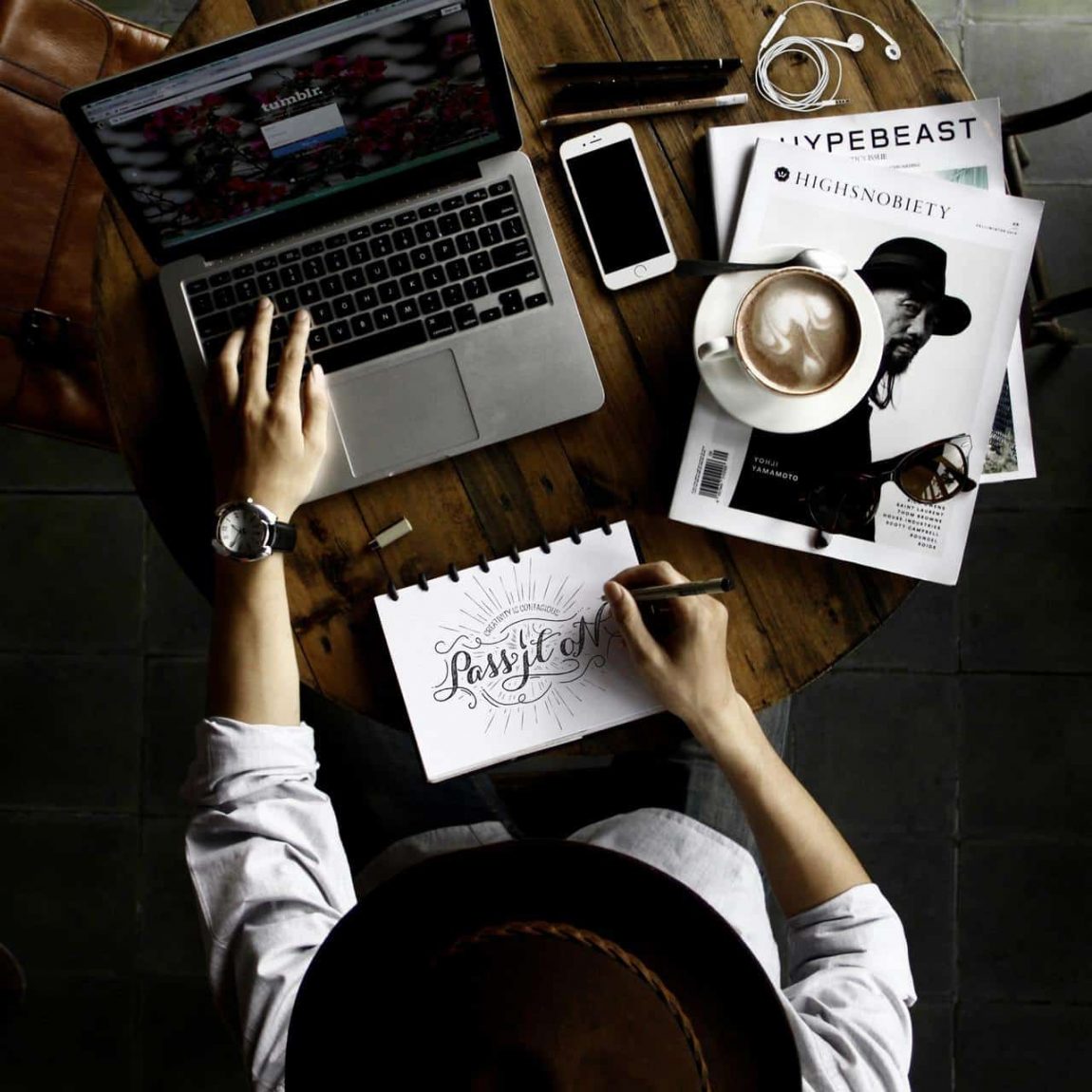 Have you ever wondered how that most memorable logos got created? What were the ideas and drivers behind their design? And how can a simple outline with no more than three colors spread the message, share a vision and be recognized on any media for decades now?

We took some of the most recognized brands and placed them under a loop. We broke down the meanings, ideas, and psychology behind them to understand just what it is that made their success. Let’s dive in.

Apple logo, originally created by Rob Janoff is the single most memorable logo we see today. Steve Jobs and Steve Wozniak hired Rob Janoff who had studied art at the time for the job of designing the logo for the first round of Apple products.

Rob was on it for days trying to sketch out a logo that will represent the brand and connect the digital with nature. The biggest problem he faced was on how to represent an apple without people confusing the silhouette with another fruit like cherry or apricot. And then “he took a bite of it” or better said “a BYTE of it”.

Nike logo was probably the cheapest logo design in history so far. It was done by Carolyn Davidson, a graphic design student at the Portland State University and sold for just $35. This iconic logo that now represents one of the most recognizable sportswear brands in the world, was rejected at first by the stakeholders. It was, after all, just a simple “swoosh” sign.

The beauty behind the Nike logo is that it incorporates the two basic sentiments that represent Nike as a brand:

Pepsi logo was one of the most expensive logos in the world – it had cost an astonishing $1,000,000! And there’s a lot of mystery behind it as it is believed to incorporate the American flag, the golden ratio, earth’s magnetic field movement (?), Pythagoras dynamics (?) and the theory of relativity (!?).

Some people, like me, just see a smile on it. And that’s the beauty of it. The logo incorporates so much symmetry and harmony that it allows people to visualize any beauty in it.

The Sony VAIO logo is a perfect example of a logo with a beautifully hidden meaning behind it. The first two letters “VA” represent a sine wave of an AC current. The last two letters resemble the 1 and the 0 that represent the two states of a digital signal. The sum of the left and the right pair of letters represent the incorporation and transition from analog to digital – as Sony had done with VAIO when they launched their first digital product series.

The beauty of the logo goes even deeper. The sound Sony VAIO devices make on startup is actually VAIO typed on a phone dial – 8246.

Originally, the Amazon logo looked different. It was simply typed out letters with an underline.

As the company grew larger and broaden the spectrum of item types sold, they’ve decided to change their logo. The little tweak behind it, the curvature with an arrow, was a big hit that most people almost immediately recognized. It represented two things:

Afraid they’ll lose customers, they’ve simply tweaked the name to Domino’s Pizza and decided to make a logo that followed the name – simple dominoes. The idea behind the logo was to add a dot to a domino for each new location they open. In time, Domino’s Pizza grew so large in popularity and in a number of locations that it was simply impossible to incorporate as many dots. The success they’ve made in branding lead to the point where Domino’s pizza is now simply referred to as Domino’s and is recognized throughout the world.

The key takeaways of a winning logo design

Your logo is something which incorporates your brand’s mission, vision, and goals. The idea behind a great logo design is that it can be recognized and provokes the same sentiment in users regardless of a device type, format or channel it appears – in both traditional media and online.

And to achieve this, you need to know your brand’s SWOT, compose mission statements, run market, audience and trend research, and have your messaging synchronized across all distribution channels. This is why it’s important to seek out top digital agencies with a strong branding portfolio and get help in layering and designing around this volume of data.

What can we learn from logo designs of the most memorable brands aforementioned?

The Apple logo clearly wins this one. Apple as a company was always guided by the beautiful and simple design with user experience as its mantra.

“Take a bite of an apple, because that’s what people do with them”

As it is the case with the Nike logo – a simple swoosh sign that almost instantly connects sportswear with the brand‘s mantra of speed and victory.

#3 It doesn’t have to be expensive

As again is the case with the Nike logo. But take a good hard look at the Pepsi logo. Although the simplicity and harmony taken from almost every beautiful mathematical and physics equation reflect the beauty in a viewer’s eyes, what does it really have to do with a soft drink? Is the small but heavily invested in design tweak worth a million dollars?

Sony is a post WW2 company that started out with audio device productions that ran on the supreme technology of the day – which was AC and transistors. Over the ages, the company has continued to evolve with the technology standards of the day and had ultimately evolved into electronics manufacturer that ran both audio, video and digital computing devices. The switch they’ve made needed to reflect the Sony brand without damaging it. You would all recognize a Sony audio device as supreme, but what about laptops or mobile phones? The logo clearly connects the old and new even though the meaning behind it was not visible up until recently

Did you find any secret meaning behind a logo you’d like for us to update? Let us know in comments!