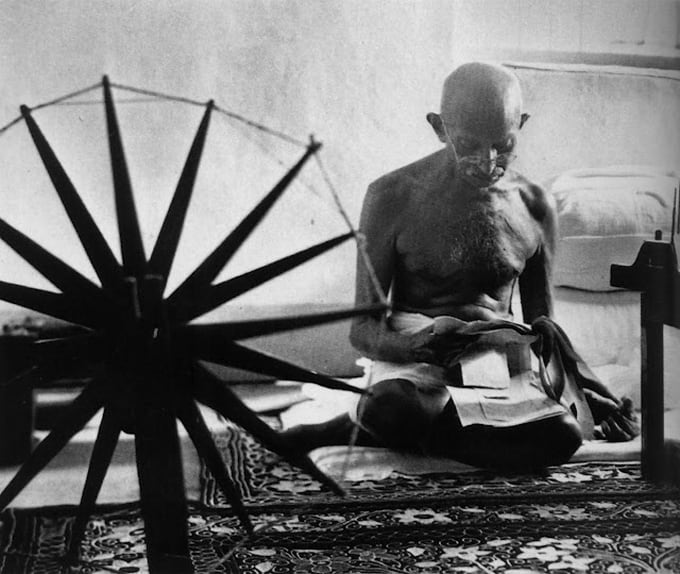 Mahatma Gandhi near his distaff, 1946