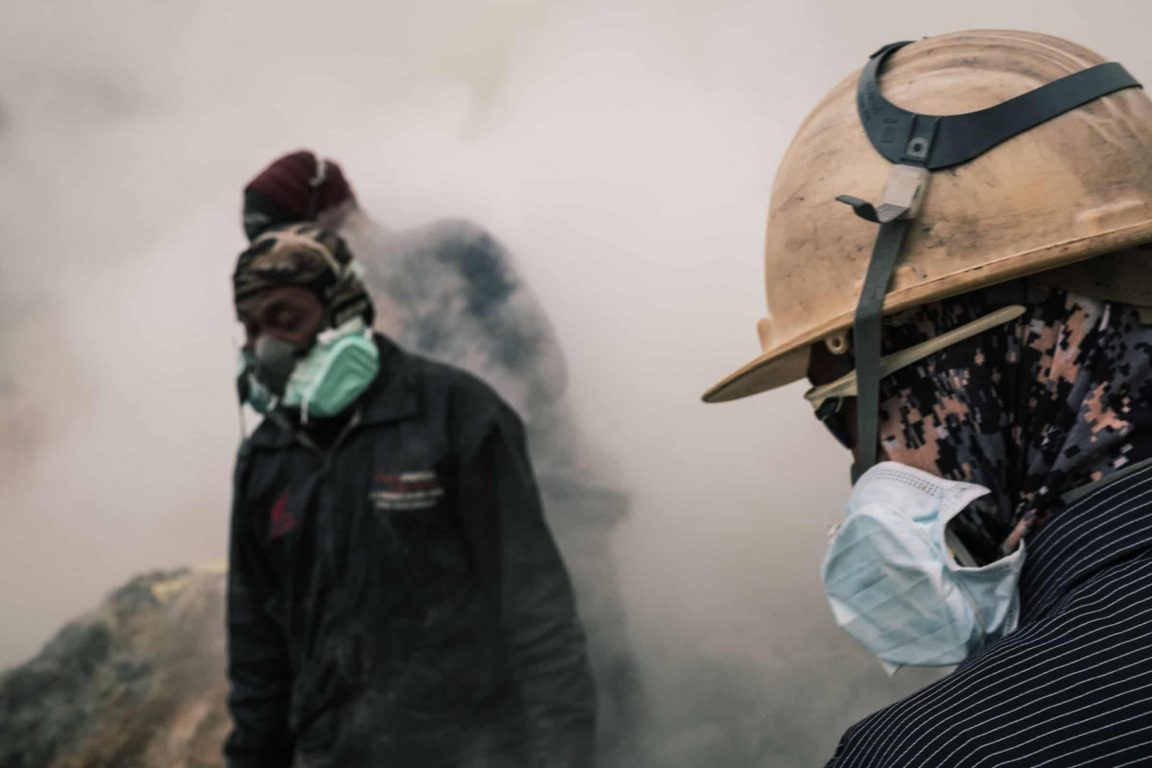 I am Sebastian Jacobitz, Documentary Photographer from Berlin and sharing my experiences regularly on my Photography Blog.

Earlier this year I had the opportunity to visit the Mount Ijen to document the sulfur miners. This is the series about one of the hardest jobs in this world.

“Indonesia is famous as a touristic destination, especially on Bali. The island is often described as one of the most beautiful places on earth and attracts more than one million tourists each year.

Lesser known is the fact, that not even 100km away from the paradise is the complete opposite. Toxic sulfur smoke rises into the air, while miners trade their health for money.

Mount Ijen is the place where sulfur miners go down the volcano crater and fight against the hostile environment. Not only can the smoke burn the lungs and eyes, the miners also have to climb up the crater with 70kg of sulfur minerals on their back.

What seems supernatural to us, is their daily life. Moreover, they not only conquer the crater once but up to four times a day to gather the sulfur.

On good months, a miner can extract and sell sulfur worth up to $600, which is a relatively good wage in Indonesia, but he still pays a big price.

The constant sulfur smoke and stress of the weight on their backs causes a fast decline in health.

Yet, they never lose their good spirit and are proud to support their families.

Meet the Sulfur Miners of Indonesia, which face the hell on earth, but succeed every day.”